‘Guyana is in a better place with the Coalition Govt’

Guyana is in a better place with the Coalition Government at the helm of development. This was confidently stated by Minister within the Ministry of Agriculture, Hon. Valerie Adams-Yearwood.

This sentiment was also agreed to by residents of Kitty who gathered for a community meeting at the F.E Pollard Primary School this evening. 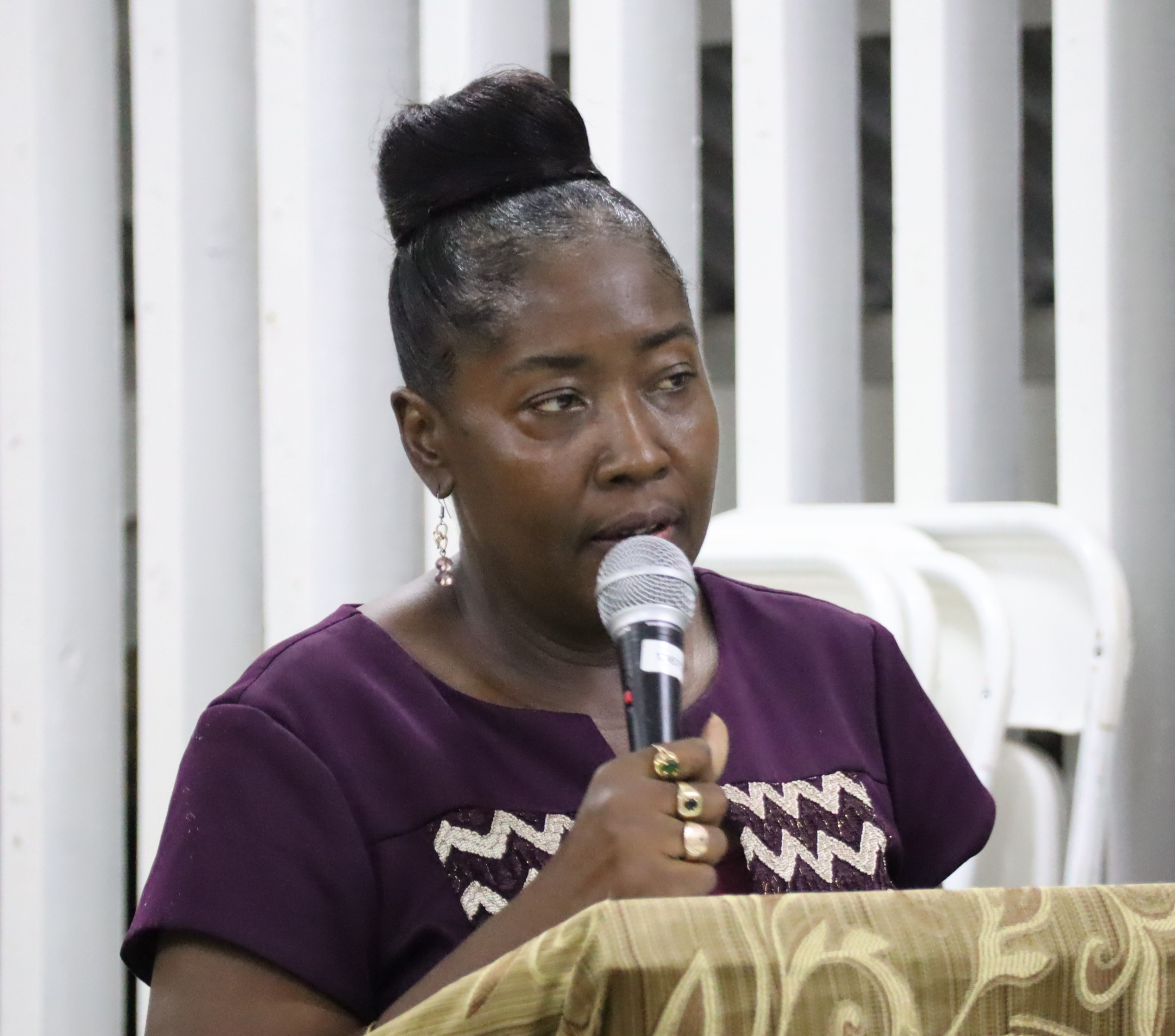 Hon. Valerie Adams-Yearwood, Minister within the Ministry of Agriculture

“When we took office, we took a country filled with corruption, intolerance and nepotism. There was no care or concern for the unfortunate and those who were longing to have and could not have,” Minister Adams-Yearwood told residents.

She said the promise made by His Excellency, President David Granger of providing a good life is being realised and can be seen through the major transformation.

“Guyana is [now] a place where our children can have a future. Whether man or woman, there is a good life for you, and a better life ahead. When we look at what we have achieved as a government over the years, there is so much to talk about. Every category of Guyanese has benefitted,” she said to loud applause.

According to Minister Adams-Yearwood, education has improved exponentially, becoming “second to none” in the Caribbean. She posited that records have shown that since the implementation of President Granger’s 5B’s programme, school attendance has improved tremendously.

The health sector has also seen tremendous improvements she noted. “In every region, we have hospitals, health centres and health posts. Also, in the riverain areas, there are health services.”

“Our track record is clear as a government. We were challenged when we took office. We have billions coming and you are to judge us on what we have done on what is coming. If you can see so much done with the little we have, imagine what can be done with plenty.”

Minister Adams-Yearwood added that the administration “trusts you go to the polls at the next election because your future is at stake.”