Skip to content
Home NEWS A promise of accelerated development

A promise of accelerated development

All of Guyana can look forward to a period of accelerated development come 2020. This was stated by Minister within the Ministry of Agriculture, with responsibility for Rural Affairs, Hon. Valarie Adams-Yearwood.

The minister was addressing a capacity crowd which had turned out for a community meeting at Straat Campbell, Mahaicony, Region 5. 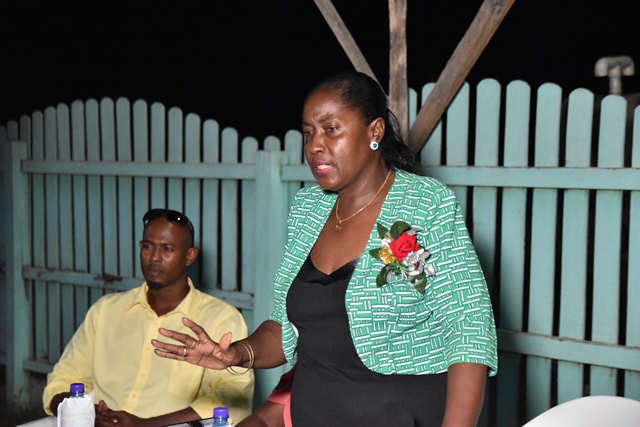 Minister within the Ministry of Agriculture, with responsibility for Rural Affairs, Hon. Valarie Adams-Yearwood during her engagement with the residents of Straat Campbell, Mahaicony, Region 5.

Minister Adams-Yearwood reminded the gathering that the Head of State has designated from 2020 to 2029 as the “Decade of Development”. She explained that during this period, the country will witness development which will differ significantly from what was seen under the previous administration – that growth was quite subjective. The minister emphasised that under the Collation Government development would be for all Guyanese regardless of race, religion or creed.

Given what the current administration has accomplished over the past four years, the minister noted that citizens can look forward to greater things with the revenue from the oil and gas industry. 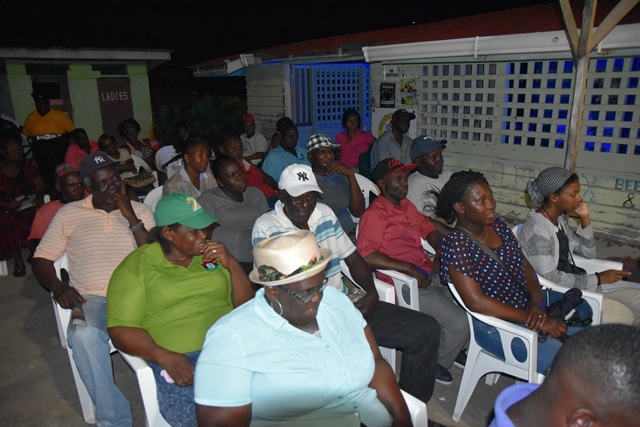 Some of the residents at the meeting

The gathering was also reminded that while there will be prudent management of the oil revenue for the general good of the country, there will still be the need to produce food, and therefore, agriculture would still play a significant role in the local economy. The government continues to place much emphasis on the agri-sector and provide farmers with the necessary support. In this regard, the farmers in the community were advised to form themselves into groups so that they can better reap greater benefits instead of approaching the administration as individuals.

Turning to issues raised by the residents, Minister Adams-Yearwood assured the farmers that every effort will be made to address the drainage and irrigation issues they face. While she promised to engage the relevant authority so that the matter of streetlights could be addressed.