In an effort to increase agricultural production and development, the Ministry of Agriculture through the Mahaica Mahaicony Abary/Agriculture Development Authority (MMA/ADA) issued a number of leases to farmers present at the ‘Government comes to you’ initiative, in Region 5.

Minister of Agriculture, Noel Holder took the opportunity at today’s outreach to issue the leases to the farmers within the community.

General Manager for the MMA/ADA, Aubrey Charles indicated that 13 leases would have been issued. “In all, we have thirty-one leases which we had intended to distribute to farmers whose applications were approved by the minister of agriculture, but unfortunately, only thirteen of those persons turned up and those leases were given to them by the minister himself.”

It is expected that the lands leased will be used by the individuals to conduct agriculture activity. For some, like members of the Bath farming community, represented by Peter De LaCruz, this means being able to diversify into cash crops. 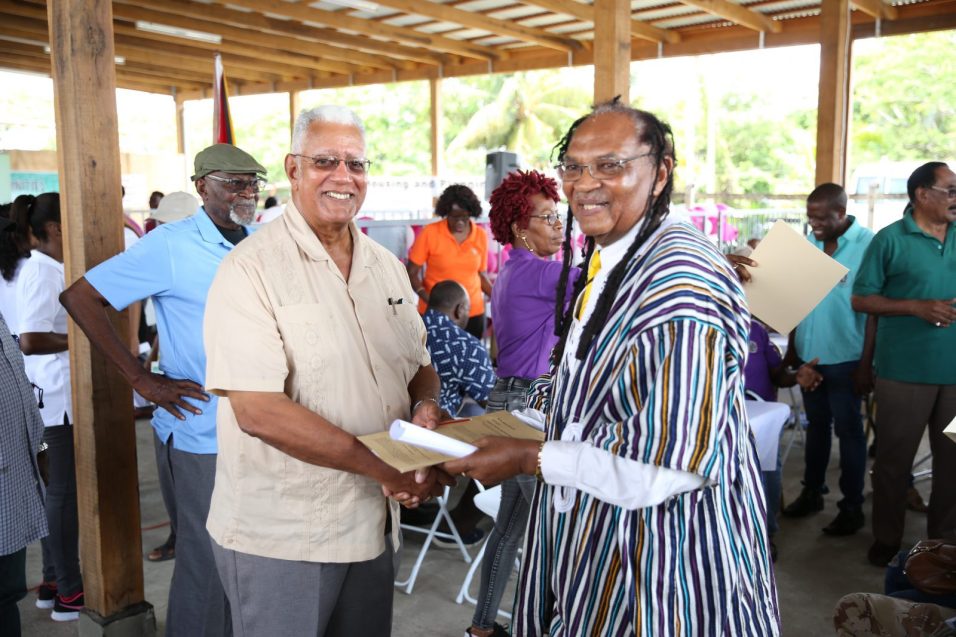 For others like William Thomas Dalgety (Ras Dalgety) it means being able to expand his Agro-Processing businesses, allowing for greater employment in his community and development of those lands leased.

Dalgety had been waiting a number of years to receive leasing for the lands he applied for since 2014.  Dalgety is a known chemist and has been producing a number of construction materials such as putty and aquatight for a number of years. However, he was interested in moving into Agricultural production which prompted him to apply for these lands over five years ago.

“We have moved on to processing in the food industry…. we are doing some teas now, we take corilla bush, which is one of the great sellers, and we brand it as Cerasse. I am a in fact a Pan-Africanist, it means development of industry and so on and that’s what I am hoping to achieve,” Dalgety explained.

With the issuance of these leases, the farming communities within Mahaica-Berbice can expect to see rapid and well-deserved development, as they are charged with improving these lands to be used for production. 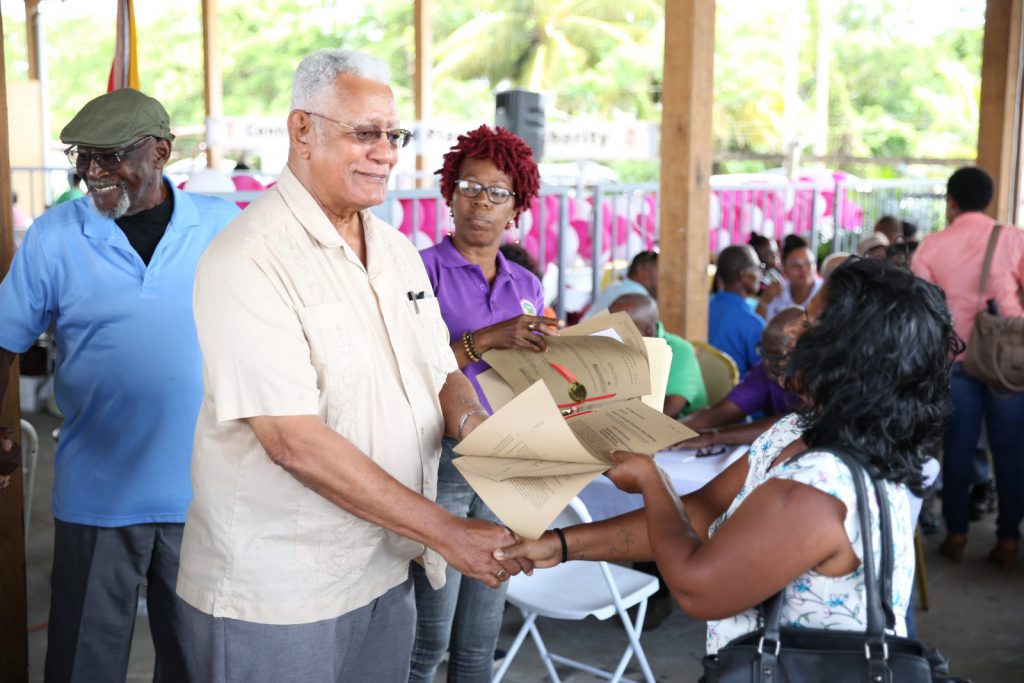 Another farmer receiving her lease from Minister Holder