Residents of Ithaca took the opportunity of a community meeting with Minister of Agriculture, Noel Holder following the government initiative of ‘Bringing the Government to you’ to air their grievances with the minister.

Subsequent to the government’s outreach at the Region 5 Regional Democratic Council (RDC) compound, the Minister of Agriculture visited the small farming community of Ithaca. While there, the minister took the opportunity to walk around the neighbourhood to meet with some of the residents.

Following the walkabout, Minister Holder joined by Minister within the Ministry of Social Protection, with responsibility for Labour, Keith Scott, where they held a small community meeting at the Ithaca Primary School. 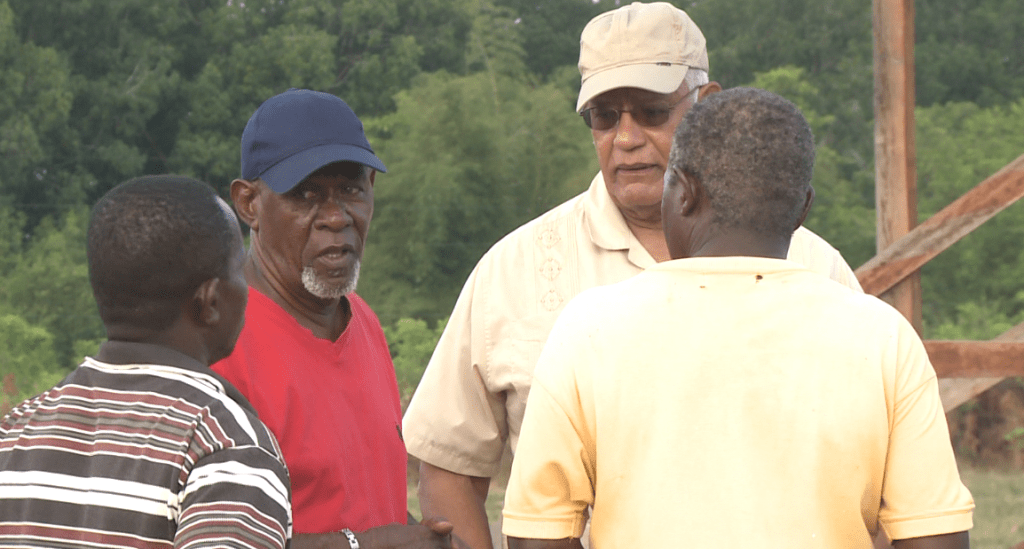 Minister of Agriculture Noel Holder interacts with residents during his walkabout.

It was during this meeting that members of the community took time to inform the minister about the various issues around the village. Most notable amongst the matters raised was that of residents receiving proper drinking water throughout the village.

One resident highlighted that they had been making reports to Guyana Water Incorporated (GWI) but with little to no avail. Minister Holder gave assurance that he would raise these matters with the respective subject minister to have them promptly addressed.

Meanwhile, concerns were raised regarding drainage in the community. Residents claimed that while they had the necessary machinery to carry out the digging of drains, those machines were reallocated due to emergency works being carried out in another catchment.

Director of Agriculture Sector Development Unit (ASDU), George Jervis took this opportunity to ensure that the necessary machinery will be relocated to the community to properly dig the drainage and irrigation canals in time for the wet season.