THE Wowetta Women’s Agro-processers group has officially dedicated their farine processing factory in the North Rupununi as part of the Agriculture Month 2018 celebrations.

The factory project started in 2015 and was funded by the Canadian government with support from the government of Guyana, the Inter-American Institute for Cooperation on Agriculture (IICA) and Conservation International. It was executed under the title “Empowering the women of Wowetta to mitigate threats of food security resulting from drought, flooding, wildfire and extreme climate change.” 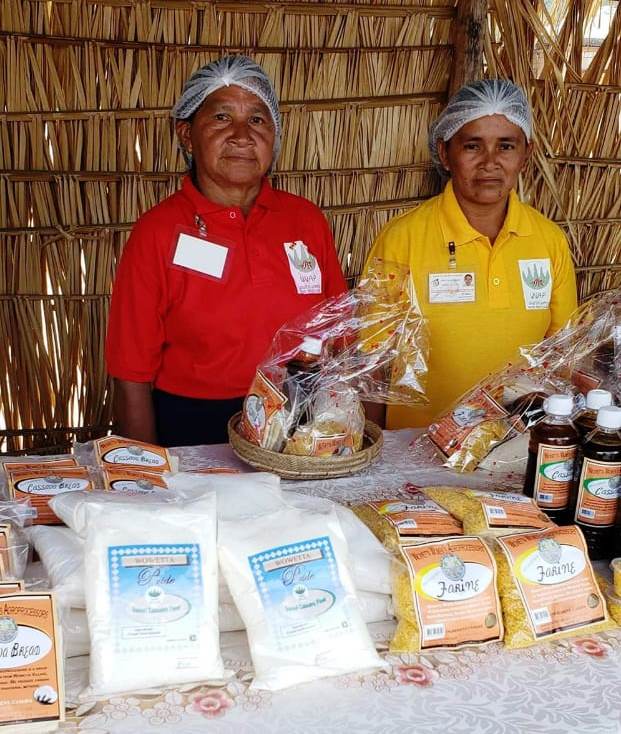 During his feature address, Minister Allicock said that the project goes hand in hand with the government’s vision of creating a green economy by empowering the people at the local village level.

From time immemorial, he said, the Indigenous people have been using cassava as their main staple and, today, cassava has about 20 by-products.

Agriculture Minister, Noel Holder and other MOA officials during a tour of the newly commissioned facility

“The farine factory will now need large supplies of cassava and you the people can supply the facility. Neighbouring Aranaputa has peanuts; let us begin to think about other products and support each other. Let us also begin to look at other crops that are not on the market and process it and make an income for yourselves and the villages.”
Minister Allicock said that Wowetta is leading women’s empowerment in the North Rupununi and urged other villages to follow suit.

Minister Holder said the contribution of the agriculture sector to the reduction of poverty and enhancement of food security can be undermined by both obvious and less visible disasters due to flooding and drought. “Therefore, we are tasked with attaining more resilient food systems. To achieve this, we need to foster the development of those systems which are designed to reduce disaster risk, such as this farine processing facility with the stocking capacity of 10,000 pounds of farine.”

The minister underscored the importance of adding value to their products. He assured the women’s group that the Guyana Marketing Corporation (GMC) would purchase their products and noted that their farine is already available in the Guyana Shop in Georgetown. 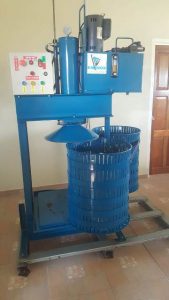 Equipment inside the farine processing factory

Janine Cocker, Counsellor, Development Cooperation, Global Affairs Canada, said her government is very pleased to be associated with such a project that is aimed at securing livelihood options for the people.

Chairperson of the Wowetta Women’s Group, Priscilla Torres, explained that the group started in 2008, when it was observed that a large number of women in the village were migrating to Brazil to seek jobs.

During that time, Torres said that the women’s group began farming several acres of land by way of self-help. The Village Council and Woweta Village Enterprise provided support to the venture. “Today, our dreams have come true. While we had a number of challenges, we are happy about the success of the project and we are proud to say that we have achieved all of our goals.”

From the inception of the project, the women benefitted from training in customer care, record keeping, maintenance, food handling and business management, among other areas. Once completed, the facility was registered and an inspection conducted by the Ministry of Health’s Food and Drug Department.