These visits were primarily aimed at forging a closer working relationship between farmers and exporters and at the same time creating enhanced among buyers, sellers and farmers.

Members of the Guyana Non-traditional Agriculture Exporters Association (GNTAEA) met with over 38 farmers and mentor farmers who attended the sessions. These meetings were held at Sandvoort and Crabwood Creek. 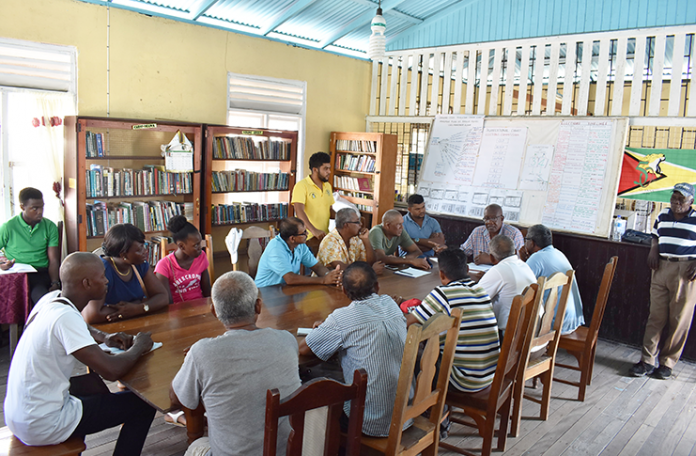 During the meetings, the GNTAEA members interacted with farmers who had journeyed from Mara, Sandvoort, Adventure, Philippi, Nurney, Crabwood Creek and other villages along the Corentyne Coast to attend.

The group discussed ways in which they could work together to ensure that farmers are adequately paid for their produce. Additionally, they discussed the importance of selling quality produce for export, market-led production and the importance of properly transporting fresh fruits and vegetables to the packaging facilities, in order to maintain quality. Farmers and exporters also discussed the need for contractual agreements between them.

In this regard, officials of the GMC stated that they have been continually encouraging buyers and sellers to establish formal agreements to minimise the many issues that continue to plague both parties. 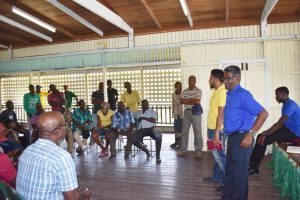 The need for contractual agreements between farmers and exporters was also discussed. The Guyana Marketing Corporation has been continually encouraging buyers and sellers to establish formal agreements to minimise the many issues that continue to plague both parties.

Accordingly, President of the GNTAEA Mr. Wyette Amsterdam assured the farmers that members of the association can be trusted, once their produce are of a high quality and also sold directly to them, they would be adequately compensated for same.

Members of the GNTAEA also stated that one of their main concerns is the way in which produce are being harvested, stored and transported. As such, they encouraged farmers to have proper storage areas for fresh fruits and vegetables, so as to maintain the quality of their produce.

Some of the main non-traditional agricultural crops that are cultivated in Region Six are pumpkins, watermelons, tomatoes, peppers, sweet potatoes and cassava.

Post-harvest training
In recognition of this anomaly, the GMC has recently partnered with the National Agricultural Research and Extension Institute and WUSC Caribbean to develop post-harvest posters, which have been used to encourage and train farmers on how to properly handle produce from the field. This training is ongoing, with mentor farmers also being trained to further train farmers within their communities.

Regional Coordinator Mr. Milton Dookie who spearheaded the visits and meetings, reported that the responses so far have been positive. He further stated that he expects that both farmers and exporters would continue to maintain a close relationship; one in which they can directly discuss other issues.

He added. “The interest shown by the farmers to meet and work along with the exporters was noteworthy.”

Meanwhile, the Region Six Marketing Extension Officer of GMC, Mr. Devin Warner, said the meetings offered clarity as to the difficulties faced by exporters and farmers.

“The visits were facilitated, mainly because oftentimes farmers have a misconception that exporters are the ones who earn large sums of money by exporting the produce that they [farmers] grow, without fully understanding the challenges exporters have to deal with.

“By getting a chance to interact with the actual buyers or exporters, they were able to clarify misunderstandings and better understand difficulties and losses faced by both groups,” Mr. Warner concluded.

Ms. Ida Sealey-Adams, GMC’s general manager added that the meeting between the GNTAEA and the farmers in Region Six is part of the commitment that was made when the association was resuscitated. She noted that while this is the first of a series of meetings with farmers from Region Six, plans are in place to have the facilitation process continued in other regions as well.

“The communities that are benefiting from the Rural Agricultural Infrastructure Development (RAID) in small-scale farming communities in Regions Four and Five and other farmers’ groups, will also be targeted during the upcoming months,” Ms. Sealey-Adams said.