– govt plans to reduce the vulnerability of citizens

The government’s commitment to proper irrigation and flood management was on Monday reiterated as the National Drainage and Irrigation Authority (NDIA) commissioned a pump at Three Friends Villages on the Essequibo Coast. 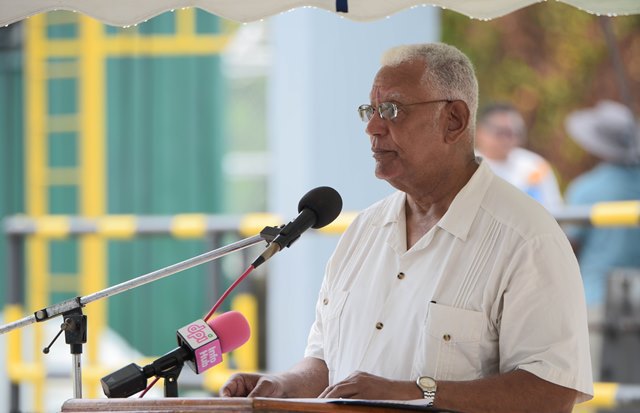 Minister of Agriculture, Noel Holder stated, “The Ministry of Agriculture, through the National Drainage and Irrigation Authority, has been concentrating on water management as a critical area of focus since the vast majority of the country’s agriculture is practised in the low-lying regions.”

The Agri-Minister said heavy rainfall and rising sea levels resulting from climate change would have “a negative effect on our drainage coefficient and could negatively impact Guyana’s economy.” As such, he remarked that “therefore we need to mitigate these climate changes where our water resources and management is concerned”. 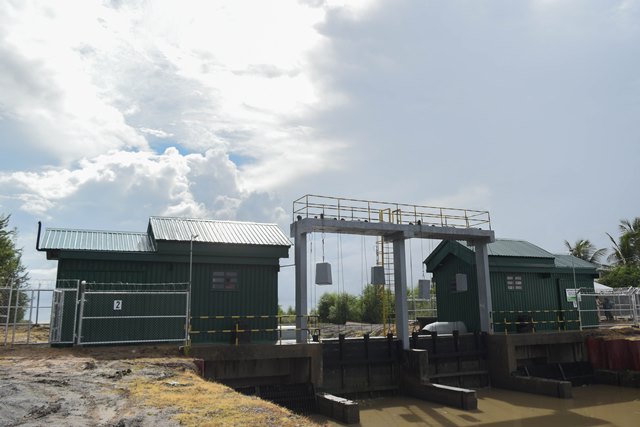 The pump stationed at Three Friends Village was strategically placed as “it has far-reaching benefits” to other parts of the coast. The installation of the pump will see the flooding reduced.

The Agriculture Minister affirmed the government’s plans to reduce the vulnerability of citizens. He explained that plans are in place to build more relief channels and sluices.

“As a government, we plan to repair and dredge canals and drainage systems to reduce any vulnerability of our agricultural system due to flooding.”

Chief Executive Officer of NDIA, Fredrick Flatts, in brief remarks, stated that all works were done on the facility to ensure there will be maximum effectiveness and efficiency. He said the NDIA continues to work for the development of drainage and irrigation throughout Guyana and urged the residents responsibly care for the pump and dispose of refuse in a proper manner.

The facility was commissioned at a cost of $103M and will benefit 3,000 cash crop and rice farmers.

Regional Chairman of Region Two, Devanand Ramdatt expressed his elation at the implantation of the project noting that collaboratively work at all levels should be done to maintain the life of the pump.

Speaking with the Department of Public Information (DPI), residents from surrounding communities expressed their appreciation for the pump.

Indrawattie Lall, a resident of Three Friends, said that she is grateful for the pump as it will greatly reduce flood waters. Another resident, Mahadeo Drepaul shared similar sentiments, “this will assist the rice farmers in this region a lot and other nearby areas.”