In an effort to improve coconut production, the National Agricultural Research and Extension Institute (NAREI) will be acquiring tissue cultured planting materials.

The first batch is expected during the month of October. This is according to Chief Executive Officer (CEO) of NAREI, Dr. Oudho Homenauth who was giving an update on the progress of the coconut industry in Guyana.

“We have one of our staff members who is studying at the university in Mexico working with the professor who actually developed the technology for tissue cultured coconut plants and they have indicated that we will have the first batch in October and the second batch in January of next year.” Dr. Homenauth explained. 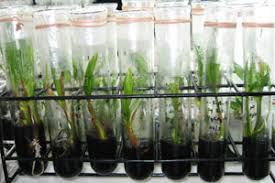 Tissue cultured planting materials are generated from a single living tissue, grown in an artificial medium of cells. The capacity of a single plant cell to divide and differentiate to generate an entire plant (totipotency) is the phenomenon behind this technique.

The process is conducted in a laboratory where a single seed tissue is then multiplied. In the case of the coconut, it is a valuable tool for the research institute since it increases the rate of breeding and multiplication of promising genotypes, as opposed to traditional breeding methods which take more than a decade.

The utilisation of these materials is expected to catapult the country’s coconut industry, by increasing production. In the next five years, NAREI is expecting, approximately 5000 acres of coconut plantations to be established in coconut producing areas in the region.

NAREI’s CEO said, “When we start working on those we will be in a better position, you know, after we would have gotten the materials, I suspect at the end of the year or early next year to say definitively that we will be able to do tissue cultured coconut materials in addition to the nurseries that we will be producing.”

In 2016, the Ministry of Agriculture launched a National Coconut Development Roadmap. This came on the heels of a survey which revealed that there were 1,454 coconut farmers in Guyana. Dr. Homenauth added that there is need for processing technology to be upgraded while continuous training is provided and technical support is extended to small scale entrepreneurs for the manufacturing of value-added products.