On Thursday, a brand-new two-story facility was officially handed over to the St. Francis Community Developers (SFCD) of East Berbice-Corentyne, which will house an agro-processing and skills training centre. 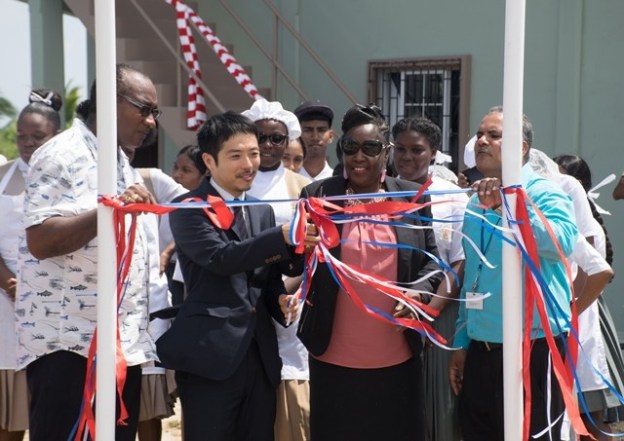 Chief Executive Officer and President of SFCD, Alex Foster Second Secretary of the Embassy of Japan, Toshihide Kanaya, Minister within the Ministry of Agriculture, with responsibility for Rural Affairs, Hon. Valerie Adams-Yearwood and a representative of Food for the Poor Guyana Inc.

RESCUE also enables collaborating partners, beneficiaries, at-risk youths and disadvantaged families to have a foundation for educational and financial security, through direct participation in skills training.

During the handing over ceremony this morning at the Headquarters in Port Mourant, Chief Executive Officer and President of SFCD, Alex Foster disclosed that in February 2018, the Government of Japan through its Grant Assistance for Grassroots Human Security Projects (GGP) made available over $19M for the construction of the centre. 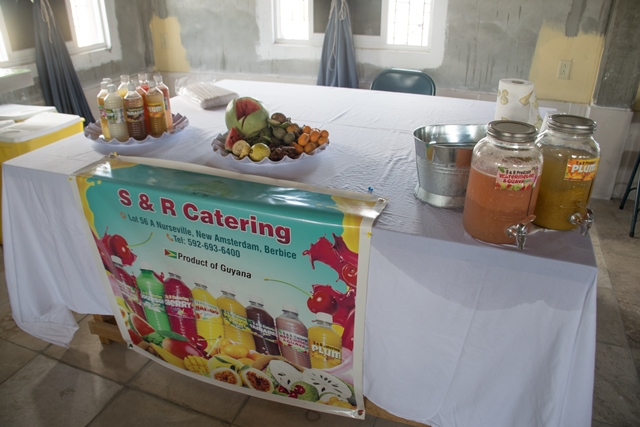 He said the goal is to support the largest source of employment for residents in the region by offering technical support, equipment and modern techniques, to solve traditional challenges, opportunities for youth participation, while offering other avenues of income through the creation of by-products.

Fosters also noted that the initiative would support the Government of Guyana’s diversification program for residents. 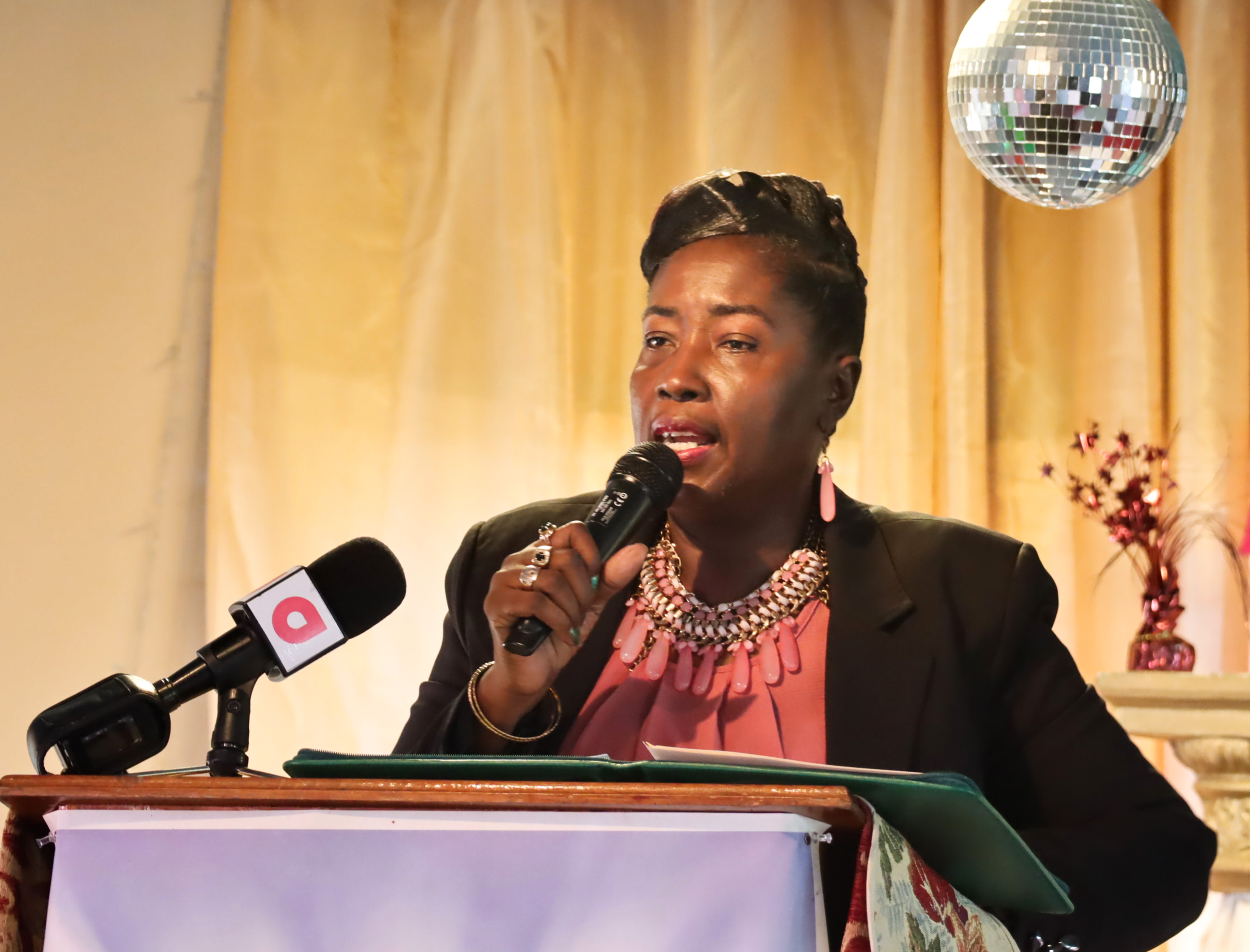 In her feature address, Minister within the Ministry of Agriculture, with responsibility for Rural Affairs, Hon. Valerie Adams-Yearwood said:

“Agro-processing is a multi-million-dollar industry that allows persons to capitalise by adding their signature style, dietary preferences and the low cost attached to purchasing commodities produced in excess during seasons of plenty.”

Minister Adams-Yearwood highlighted that the Agri-ministry has been advocating for the development of the sector by offering technical support, through the Guyana School of Agriculture (GSA) and the New Guyana Marketing Corporation (GMC), to new and seasoned agro-processors – ensuring their products are of a standard where they can compete on the local, regional and international markets.

“Government will continue to develop heavily in this sector by offering support in every way possible. In 2017, the ministry, through the Agriculture Sector Development Unit (ASDU), a number of processing equipment to Guyana School of Agriculture, to improve the school’s agro-processing and commercial production,” the minister added.

She further emphasised that the agro-processing sector is an avenue for youths to feel empowered while stimulating job creation in both the urban and rural communities. 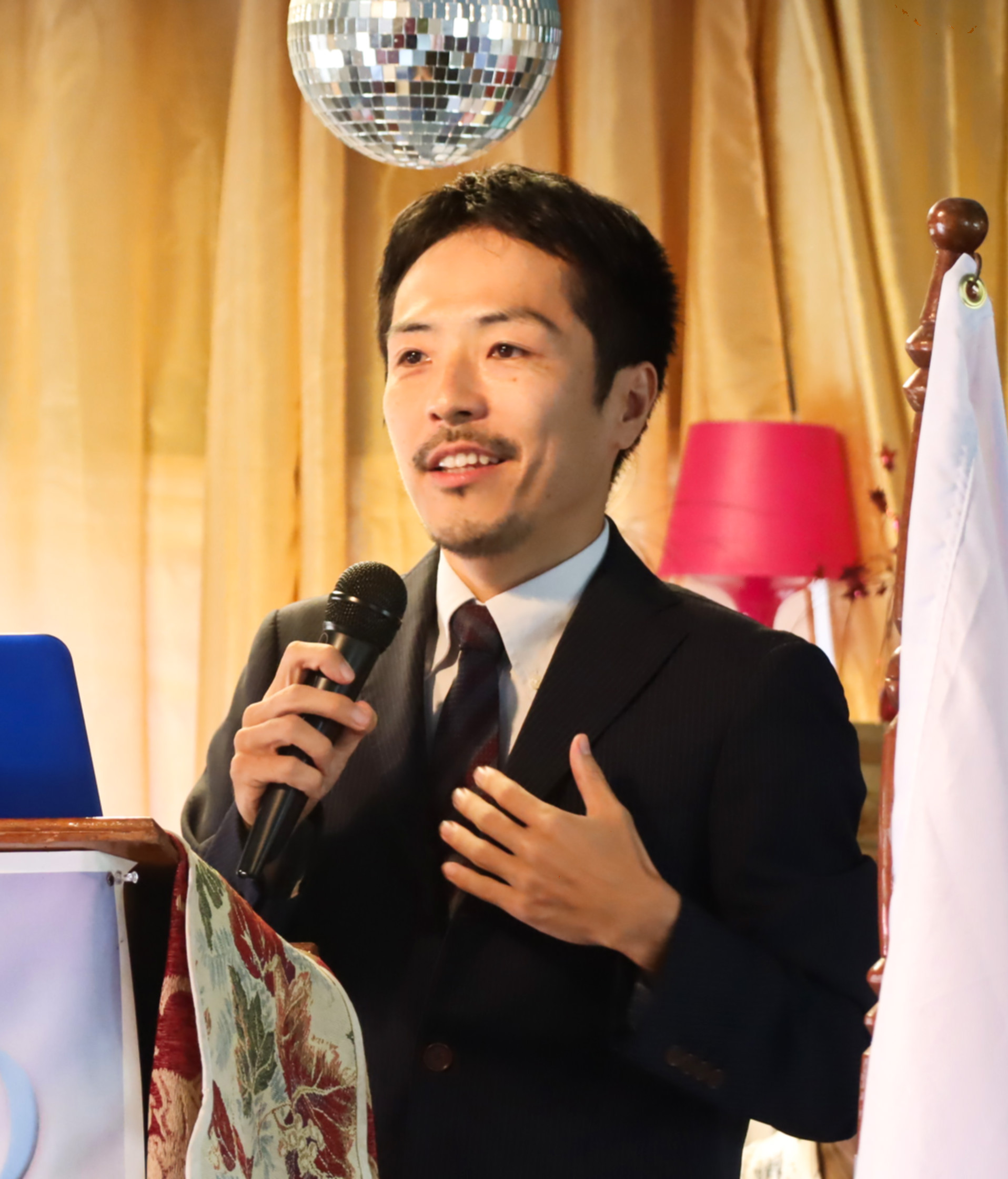 Second Secretary of the Embassy of Japan, Toshihide Kanaya

Meanwhile, Second Secretary of the Embassy of Japan, Toshihide Kanaya, assured that collaborative efforts between the two countries will continue. He said the establishment of the facility clearly shows that SFCD and by extension Guyana’s Government have the people at heart.

Also present at the handing over ceremony was Member of Parliament (MP), Mr. Reynard, Ward.