─ Partners recommit to the task of attaining food security

We are what we eat and as a country, Guyana is known to have a wide range of local foods produced and consumed with some being exported. However, it is noted that food preparation is one which deserves focus on healthy diets and good nutrition is important to safeguarding the human resource capital.

On October 16, 2019, World Food Day was observed under the theme, “Our actions are our future, healthy diets for a zero-hunger world.” It was marked with a grand fair and exhibition at the Ministry of Agriculture’s, La Bonne Intention (LBI) Complex on the East Coast of Demerara (ECD). Here, several agriculture agencies showcased local produce as well as their efforts to contribute to food security in Guyana. 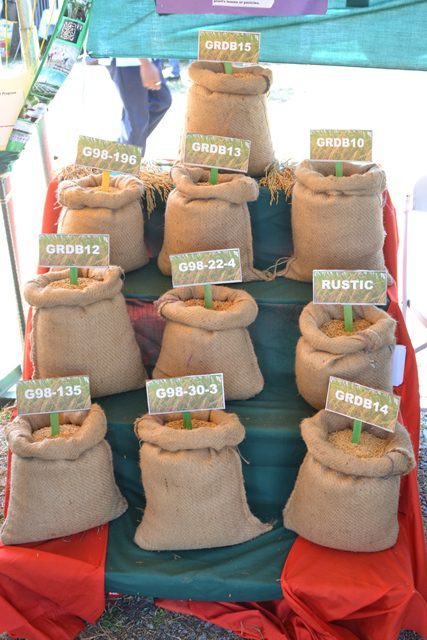 Rice strains on display at the exhibition

Minister of Agriculture, Hon. Noel Holder, in his opening remarks, stated that this observance falls fittingly into the ministry’s month-long observance of Agriculture month and is one way in recognizing and addressing existing food insecurities in Guyana. This, he said, is a significant way of guaranteeing nutrition security.

“On World Food Day, we reinforce our commitment to safe food and healthy diets. Guyana is a food secure country but there are pockets of food insecurity and hunger that we need to address. Additionally, given the significant amount spent annually on health problems related to malnutrition, strategies and policies to ensure the availability and affordability of healthy diets are essential for the food and nutrition security of our citizens,” the Minister noted. 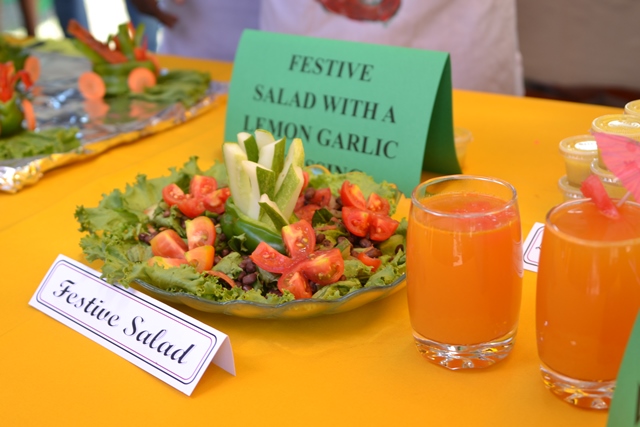 Salad made by locally grown vegetable on display

Also delivering remarks was Country Representative of the Food and Agriculture Organisation in Guyana, Dr. Gillian Smith. She noted that good nutrition and healthy diets result in a more productive human resource and is directly linked to a thriving education system.

Dr. Smith also described Guyana and other Caribbean states to be “the lucky ones” embracing food security and agriculture on a large scale as it is how the population is fed. More than 820 million people worldwide suffer from hunger. 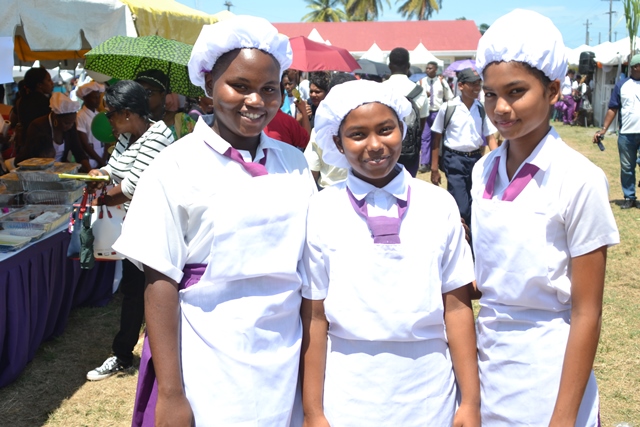 As the theme suggests, a healthy diet is key to achieving the zero-hunger goal. “In a country where there is a wealth of human, social, cultural and environmental capital, zero hunger is achievable it is imperative if we are to leave no one behind. As Guyana continues its development journey and embarks on its new and exciting chapter let us keep in mind that a healthy Guyana is a productive Guyana and what we eat can achieve that goal,” she noted.

It was pointed out that though the Caribbean has started making strides in addressing under-nutrition, there is now the challenge of addressing overweight and obesity. “Data is suggesting that over 40% of adults in Guyana are considered overweight or obese and this is a trend that is increasing and significantly more women are found to be obese than men.” 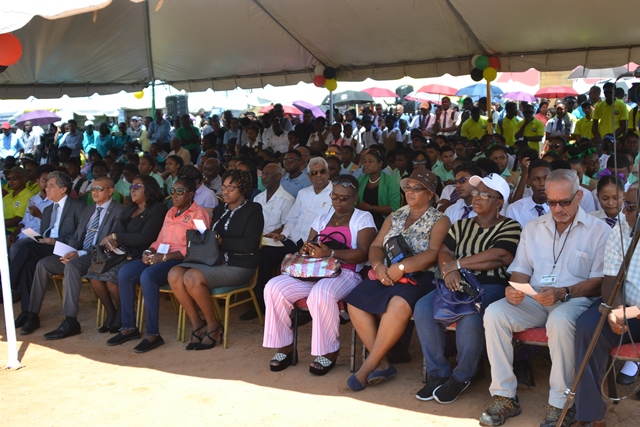 As a result of this, the responsibility is now on the Public Health Ministry which expends at least $220M annually to address chronic illness due to poor health and diet choices. The FAO Rep urged that this is the time to commit to better nutrition for a healthier lifestyle, noting that for this to be realized, healthy food choices must be made available.

Attending this World Food Day event were government ministers, agency heads of the Ministry of Agriculture along with those from partnering ministries such as education and public health and members of the diplomatic core along with several schools visiting booths at the fair.

For this year’s observance, one of the highlights saw ten schools participating in a healthy ‘meal challenge’ competition where students were tasked with preparing simple, affordable, balanced and healthy meals containing 70% of local produce.