GMC launch campaign to push use of more value-added commodities

The Guyana Marketing Corporation (GMC) has been pushing for the expansion of value-added production and has been taking its services over the past year, countrywide. As part of its Agriculture Month Calendar of activities, the Corporation unveiled an 8×5 billboard at the Eugene F. Correira International Airport’s Arrival lounge, Ogle.

Minister Holder, GMC GM and other members of the GMC Board of Directors are pictured beside the newly erected billboard

The simple unveiling ceremony was done by Agriculture Minister, Mr. Noel Holder and General Manager of the GMC, Ms. Ida Sealey-Adams. They were flanked by staff and Board Members of the Guyana Marketing Corporation (GMC).

In an invited comment, Ms. Sealey- Adams stated that while it is the first billboard erected at the port of entry, this will not be the last as the Corporation will be targeting all ports of entry and exit. The aim of the campaign is promote and showcase locally manufactured products and encourage the utilization of fresh fruits and vegetables produced in Guyana. 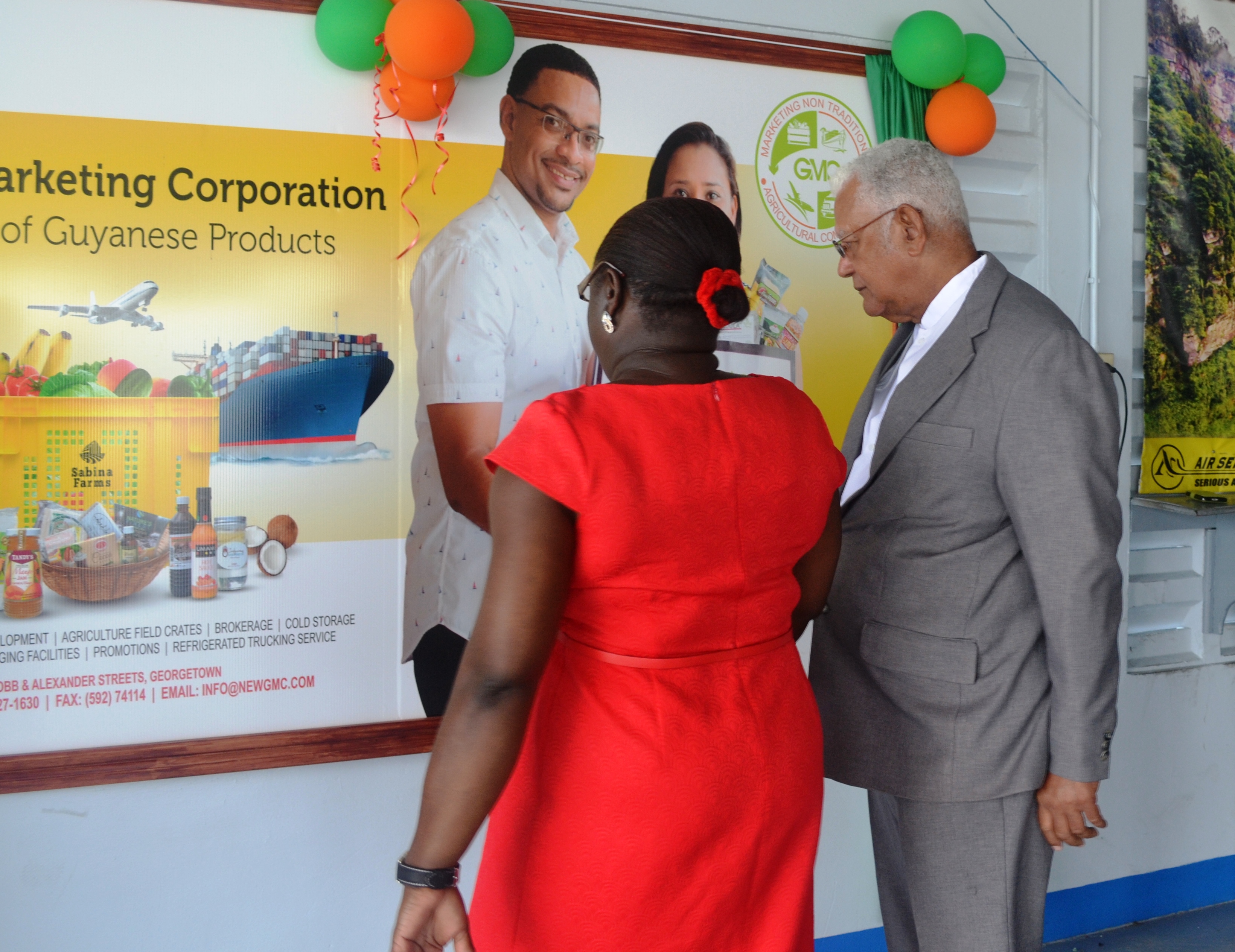 GMC General Manager, Ida Sealey-Adams while in dialogue with Agriculture Minister, Noel Holder about the agro-processors who partnered with the corporation for the project.

“We (GMC) would have partnered with some agro-processors and farmers to jointly sponsor this campaign…the GMC has been doing a series of work to ensure that agro-processing is accelerated in Guyana,” she said.

Chris Persaud, Chief Executive Officer (CEO) of Umumi Incorporated who is also a sponsor of the GMC “BuyLocal” campaign spoke of the successful partnership his company currently has with the Guyana Marketing Corporation (GMC), noting that the initiative is a major one in terms of its impact and what it can offer in promoting locally produced commodities and the agro-tourism sector in general. 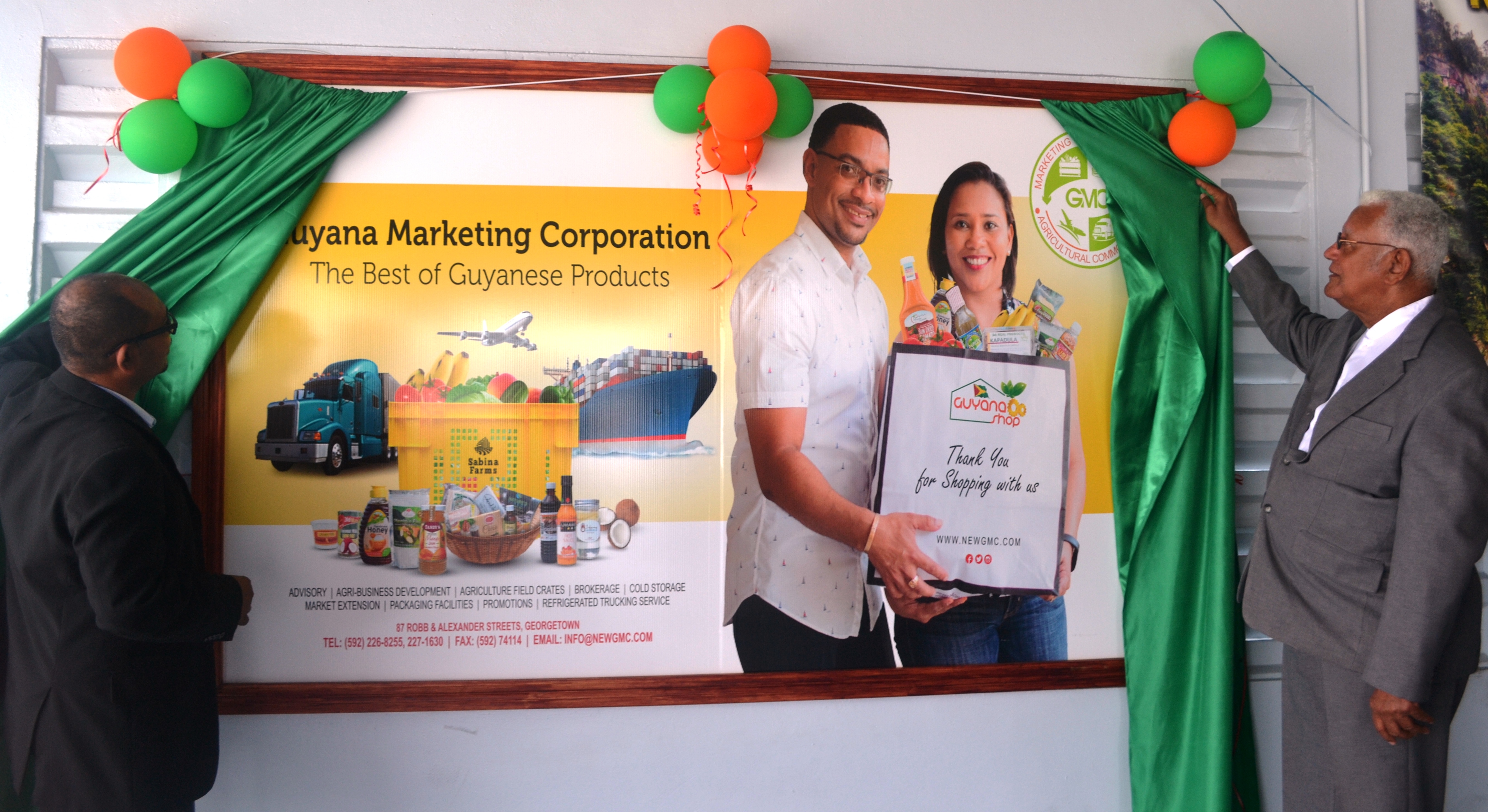