Minister of Agriculture, Noel Holder today reiterated the government’s commitment to providing a good life for all Guyanese citizens while expressing his belief that “agriculture has a major role to play in this regard.”

The Minister was at the time speaking at the World Food Day Exhibition 2018 held at the Mainstay/Whyaka Ground on the Essequibo Coast.  This year, World Food Day was observed under the theme “Our Actions are Our Future A #ZeroHungry World by 2030 is possible”. 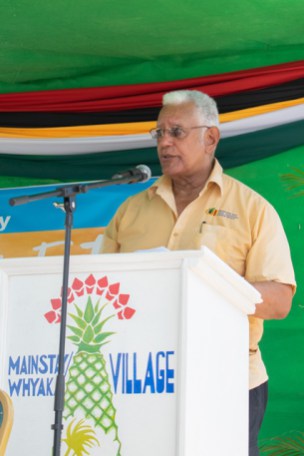 Minister Holder remarked that while “Guyana is a food secure country,” global hunger is on the rise and there are “pockets of food security” in Guyana which need to be addressed.

He added that green agricultural initiatives are being promoted which would “significantly influence the sector and the economy as a whole.” It was noted that the focus is being placed on “sustainable, productive and diversified agriculture.” 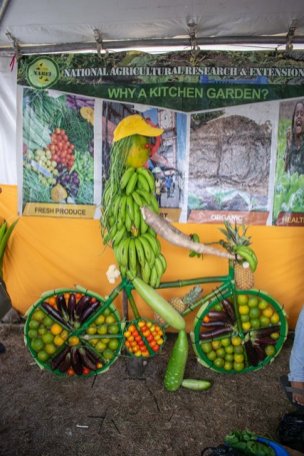 A creative display of locally produced crops done by NAREI

Minister Holder said that emphasis is being placed on “the reorientation and diversification of the sector, reducing reliance on traditional subsectors and opening new higher valued added growth industries and investment opportunities for sustainable income generation.”

In his remarks, Food and Agriculture Organisation (FAO) representative in Guyana, Ruben Robertson stated that “eliminating hunger is a moral imperative.” He noted that this year’s theme is a reminder to work together. 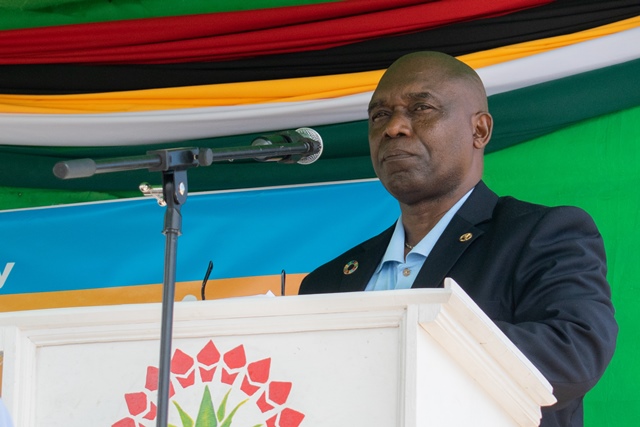 The FAO representative said that the issue of malnourishment was also an area of concern. He highlighted that Guyana has reduced undernourishment from “over 21 percent of the total population to less than ten percent by 2015.”

This, he noted resulted in “the country achieving Millennium Development Goal (MDG) number one and the World Food Summit goal of having the number of under nourished persons within the population reduced.”

World Food Day is observed annually on October 16 and is dedicated to tackling hunger and eliminating poverty. 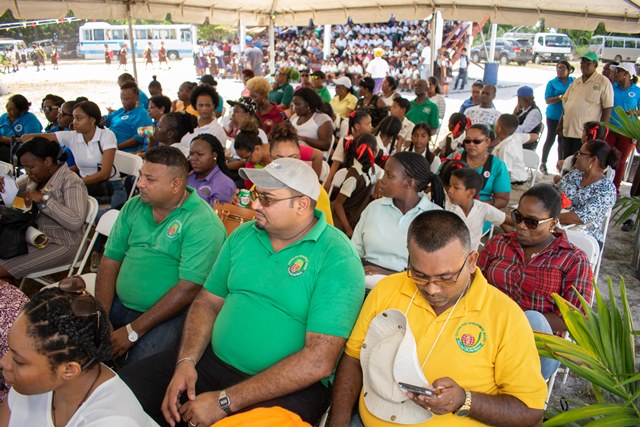 A section of the audience at the World Food Day Exhibition