The agricultural stations will result in the establishment of orchards, nurseries and seed-production facilities and breeding of cattle and small ruminants to provide stock for farmers and seed stock for entrepreneurs.

Minister of Agriculture, Noel Holder, said the new stations will create new employment opportunities, both directly and indirectly, as the country’s economic base is moved inland and will complement other activities such as mining, forestry and support service activities. 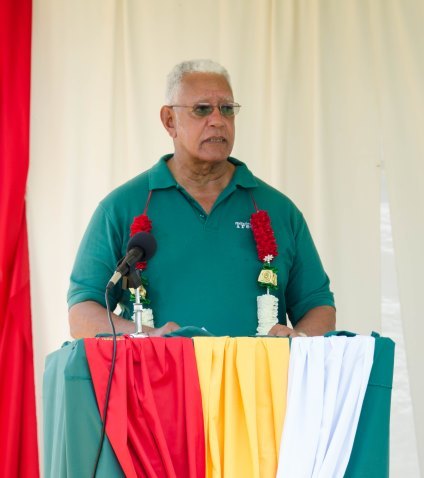 Areas in the Intermediate Savannahs including Kasarama, Ebini, Kimbia, Fort Nassau to the east of the Berbice River and Wiruni, Ituni and Kibilibiri on the west have a rich agricultural history. Minister Holder said due to this fact, an approximately 54,000 acres agricultural station was established at Ebini.

“Back in the 1930s, at Tacama on the Berbice River, the cattle were shipped by paddle boat. Those that were weak after the approximately six-week journey, were placed on the Ebini Savannah to recover. This prompted the establishment of the Ebini Livestock Research Station in the 1940s,” Minister Holder explained.

The station is responsible for investigating the constraints to beef production, while realising the economic agricultural potential of the Intermediate Savannahs.
Its primary agricultural entities include the Guyana Livestock Development Authority (GLDA); the National Agricultural Research and Extension Institute (NAREI); and the Hydrometeorological Service.

Minister Holder highlighted that the GLDA continues to work to identify breed types and pasture species suitable for these savannahs. There are approximately 700 cattle and 300 sheep. Brahman Zebu, Beef master and Brangus are the breed types of cattle being explored along with a number of pasture species.

Meanwhile, NAREI’s emphasis is on orchard crops, including citrus, guava, avocado and soursop.

According to Minister Holder, Ebini also contains NAREI’s coconuts and mango germplasm collection, as well as a red pea and peanuts nursery to supply the Bernice River and coast. Approximately 10 acres of corn for feed production is in place, while large-scale cassava is being investigated.

“Under the Sustainable Agriculture Development Project (SADP), more emphasis will be placed on soybean cultivation. This IDB-funded project has a component that focuses on strengthening the agricultural innovation and extension systems and will finance the buildings and equipment required in the Ebini agricultural station,” Minister Holder related. This should commence in early 2019.