The Green Climate Fund (GCF) has approved some $140Million (US$697, 183) for Guyana’s second Readiness Support for the agriculture sector. 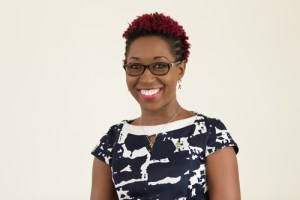 According to Christian, approval of this funding is a testimony to Guyana’s continued engagement with the GCF, which started two years ago.

She explained that the idea for funding for the Agriculture sector was first advanced during a regional workshop hosted by the United Nations Food and Agriculture Organisation (UN/FAO) in May 2017 in Port of Spain, Trinidad. A proposal was then put forward for the Adaptation and Resilience Building in Guyana’s Agriculture sector.

At that time, the OCC head said, Guyana was ahead of its sister countries in terms of capacity building and accessing support but took the opportunity to fast-track the process of mobilising resources for this important sector.

Following the meeting in May 2017, the FAO fielded a mission to Guyana in June 2017 to assist the Ministry of Agriculture, its sub-agencies and the OCC to work on crafting the Readiness Proposal, which will be focused on generating resilience agriculture in the coastal area of Guyana.

In October 2017, FAO Guyana, as a first step to formulate the Full Funding proposal, two letters of agreement were signed with the University of Guyana (UG) Faculty of Earth and Environmental Sciences and the International Centre for Tropical Agriculture (CIAT), which currently have a coordinated work plan for the delivery of baseline information, climate change vulnerability and other assessments.

These will serve as inputs for the design of the final proposal to be submitted to the GCF.

The first workshop is part of FAO’s support to prepare the project Concept Note for the Full Proposal to address climate change adaptation and resilience building within the Agriculture sector will be held from August 2-3 at the Regency Suites.

The FAO has committed an additional $40Million (US$200,000) to ensure the necessary baseline data and vulnerability assessment for the agriculture sector is completed, and which is required for the preparation of the full proposal.