A Memorandum of Understanding (MOU) was recently inked between NF Agriculture Inc. and investors of Lucas do Rio Verde which will see the commencement of an Agricultural Village in Guyana’s Intermediate Savannah. The Agreement was signed at the Rio Verde Research Foundation in Moto Grosso.

The work which is scheduled to commence the shortly will cater for the construction of bioethanol stations, a state of the art Research Institute, large-scale agricultural production of corn and soybean, banking institutions among others lucrative ventures. 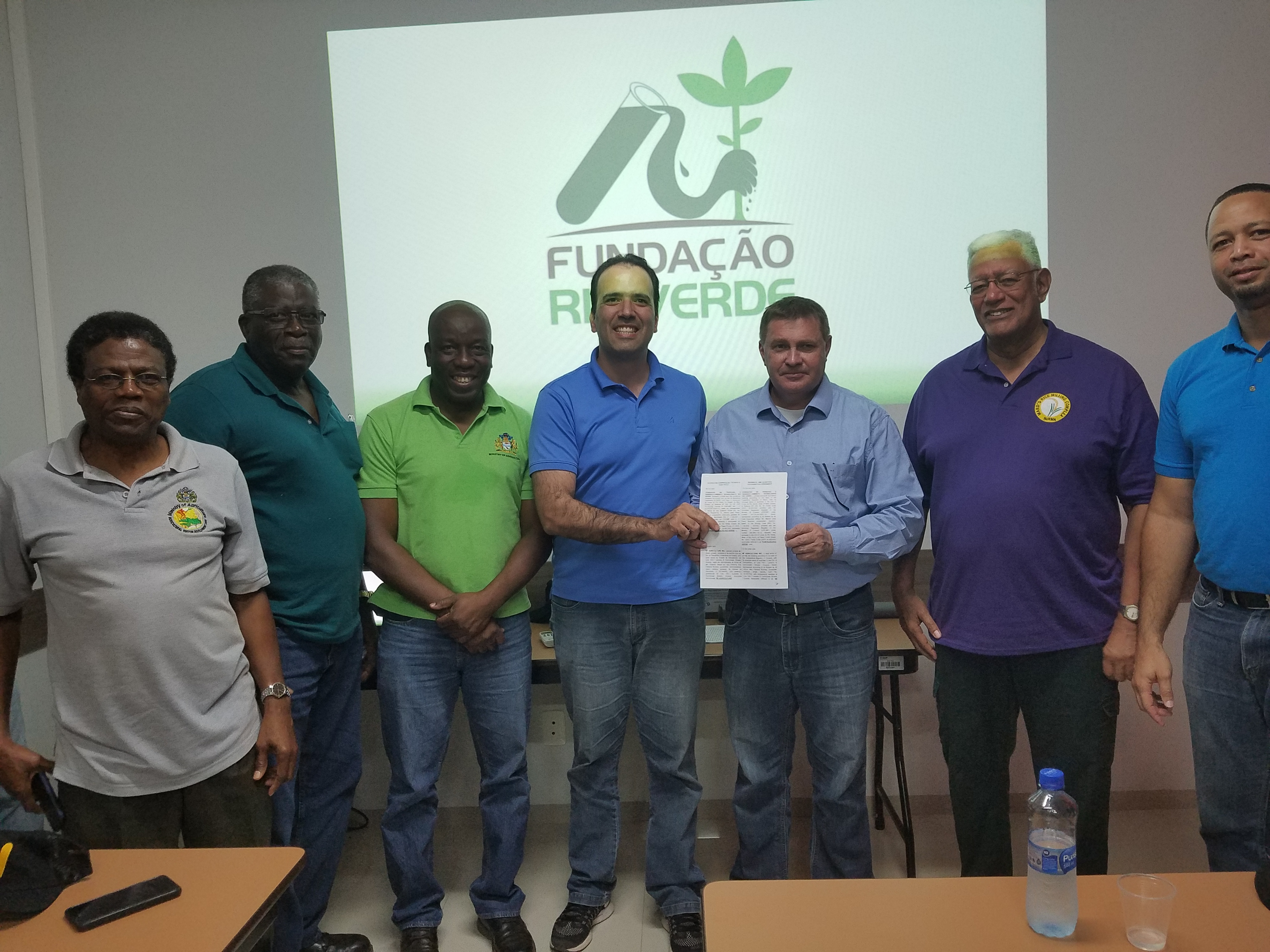 Agriculture Minister, Noel Holder who let a delegation to the city of Lucas do Rio Verde, Brazil from June 3-9 got a firsthand look at the production base of the private sector within the State.

While at the Research Station, the team was met by the Research Institute’s President Mr. Marino Franz who showed the work of the institute via a video presentation, highlighting some of the progress the institute has made in the area of research to ensure farmers in Brazil, are exposed only to the best form of seed materials.

The Foundation which was established in 1992, generates its revenues from research done to support agricultural advancement, in conjunction with the State University.

“The work of the Institute is diverse in that we not only look for new and innovative ways each day to improve technology, but we work to ensure that all trials are done aimed at improving production and productivity,” Mr. Franz said. 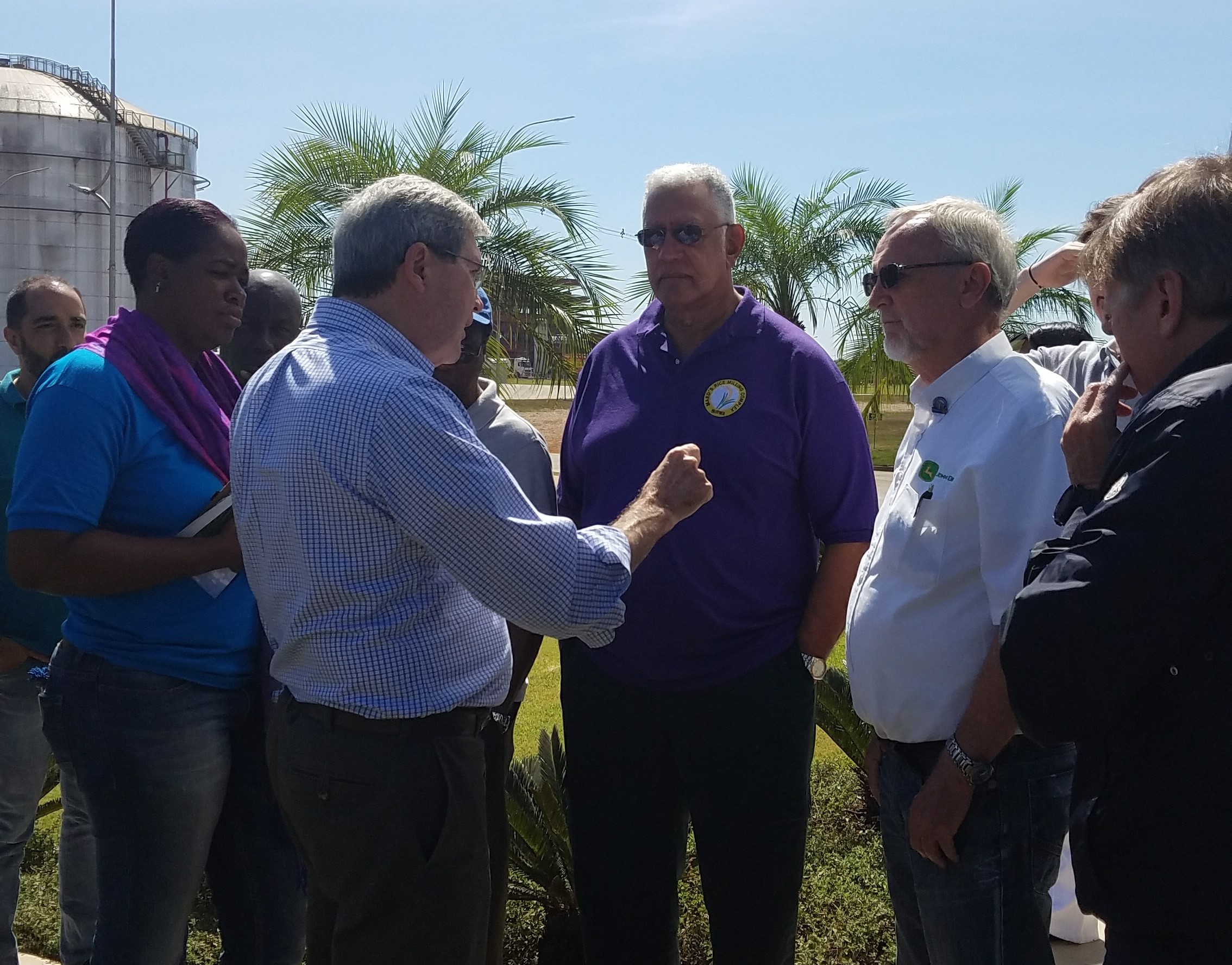 Mr. Franz with the team while touring the institute

According to Mr. Franz, the institute which works with Corn, Soy Bean, and Rice were successful in the development of size between crops to improve farmer’s production. Crediting this success, to the improvement of soil spacing, genetics and the will-power of the farmer.

100 percent of the technology employed in the State of Roraima came from the Research Institute which annually, hosts a demonstrating new and innovative ideas to boot production. According to Mr. Franz, this has a generating capital of 100 million.

“Our soil type is similar to that of Guyana, so whatever is applied here with this amount of success can be safely adopted in Guyana guaranteeing the said amount of successful returns,” he added. 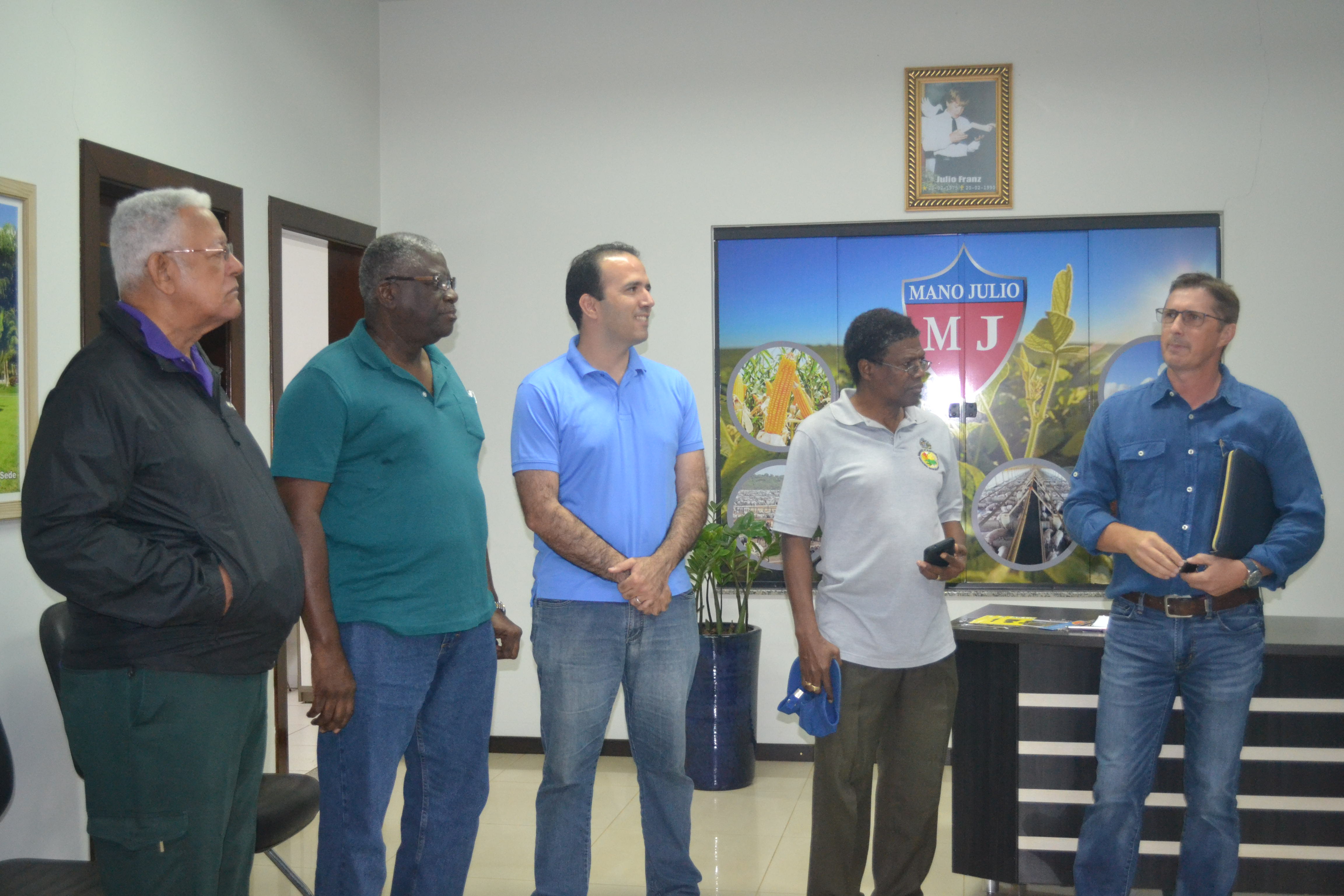 Asked about the challenges the institute has faced over the years, Mr, Franz said that while there had been many, mainly due to the variety being that of subtropical, the institute has maintained its high standards and production.

“If the farmer has a problem they would come to the foundation and we would go to the specific field to address the issue. Our technical professionals also challenge themselves to identify and new areas of research to be done daily,”

“The South of Brazil has very high-quality seeds which the foundation takes and conduct research to ascertain its productive genes in climate and soil type of Moto Grosso, Brazil. It is important for us to get it right the first time; if something is to go wrong, it must occur in the foundation’s farm and not on farmers farm….we take pride in ensuring that our farmers’ investments are protected,” Mr. Franz said.

Enhanced soil analysis is critical if farmers are to reap the benefits of its production. According to the Research Institute’s president, there are two main ways of improving soil fertility; one is through biological and the other being mechanical.

The deeper you break the soil after harvesting through the mechanical method the better your production. 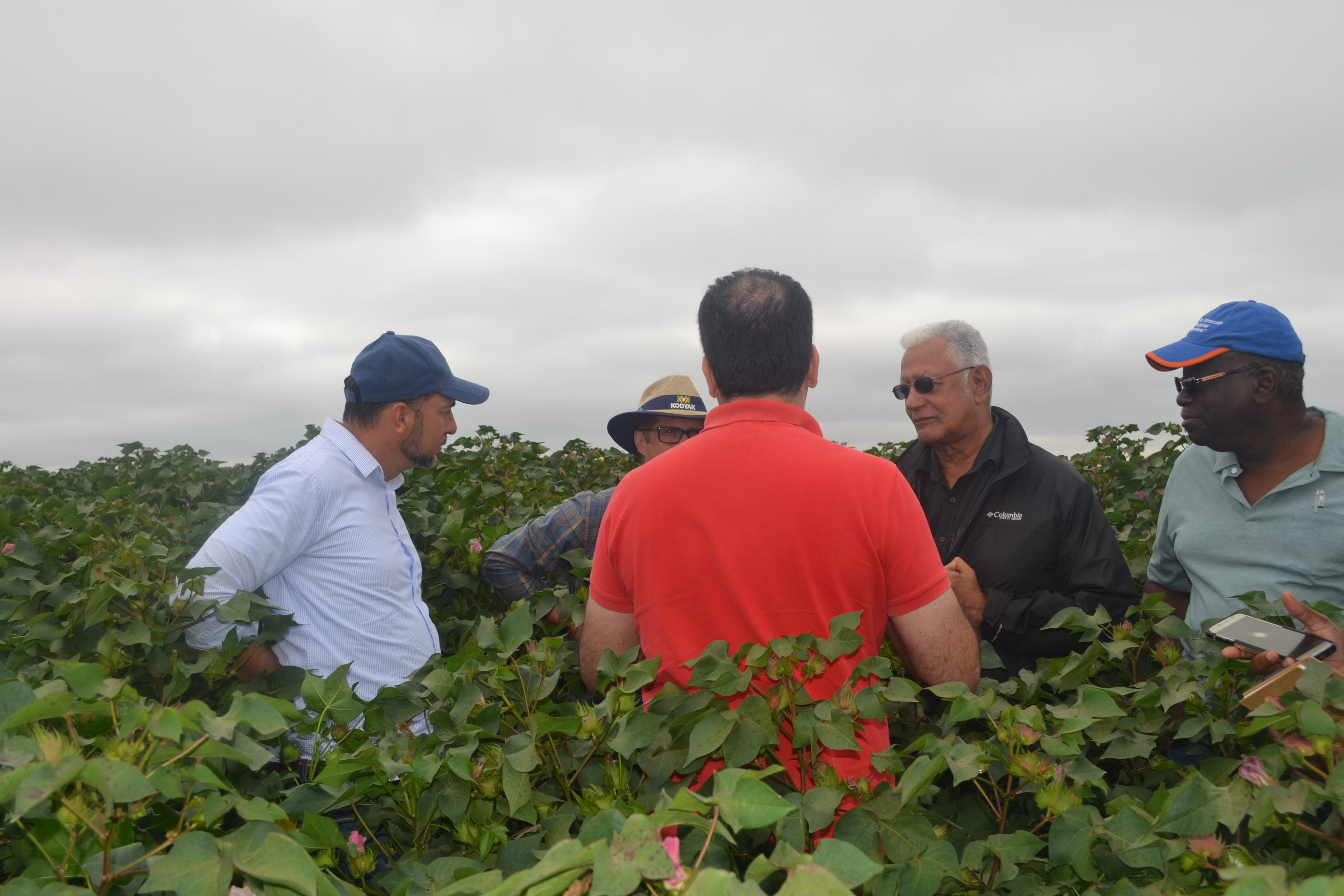 “What is needed is for farmers to first plant the Soy Bean, then plant their corn (the inter-cropping method), then dig half-meter deep and break the soil and apply your limestone….This is the method which has been adopted by the foundation over the years and has been successful in each case for our farmers’,” Franz posited.

Mr. Franz stated that for Guyana’s farmers to boost its production base, the method of the right amount of fertilizers and genetic of plants are key. This approach is what the investors will be bringing to Guyana with the completion of the State of the Art Research Institute, which will be used to train Guyanese.

The team was also taken to farms to look at the vast agricultural potential within the region. 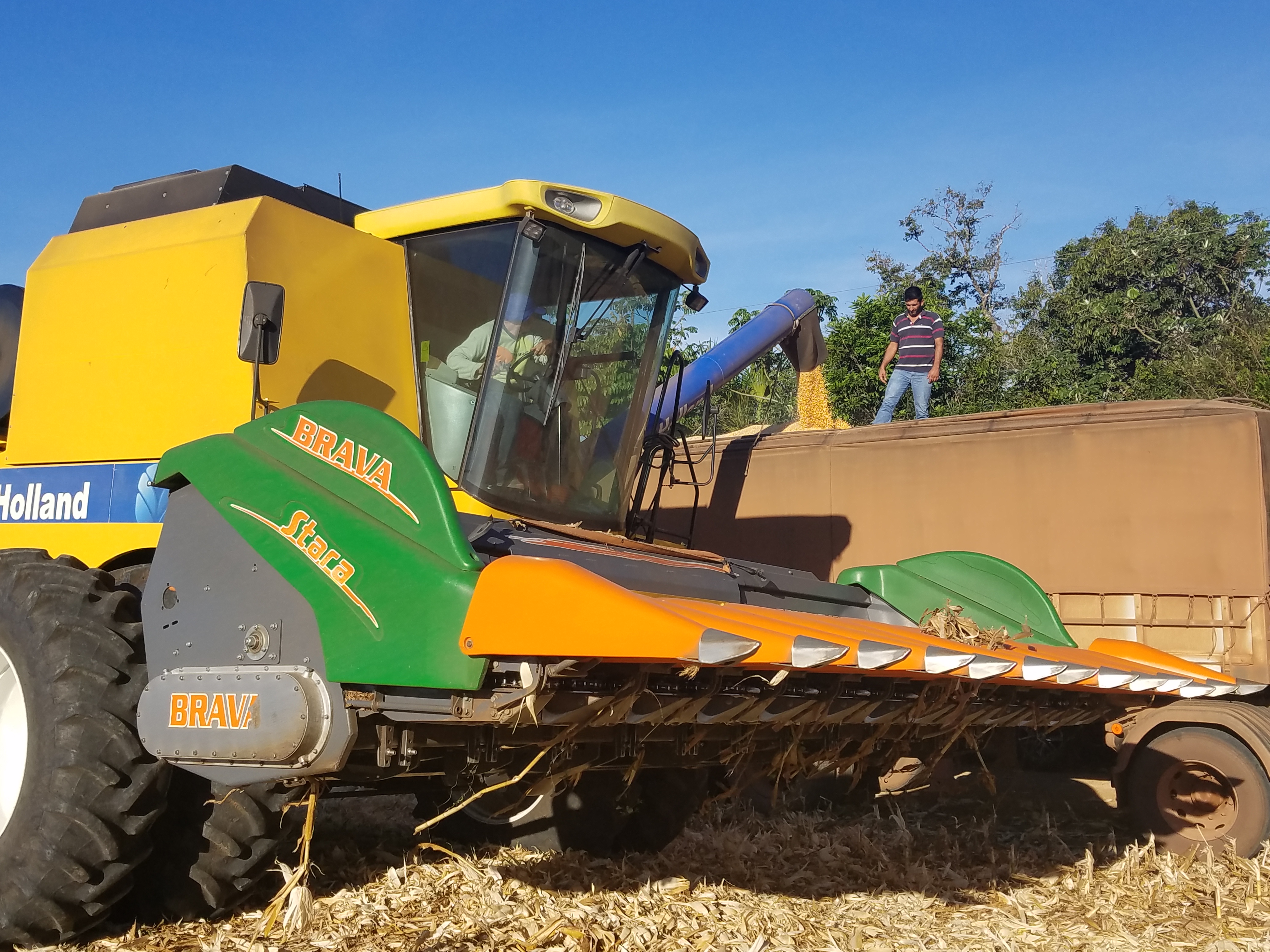