As efforts continue to monitor the country’s marine resources, the Ministry of Agriculture’s (MOA) Department of Fisheries has budgeted $54M for the acquisition of a vessel to monitor boats fishing in the country’s Exclusive Economic Zone (EEZ). 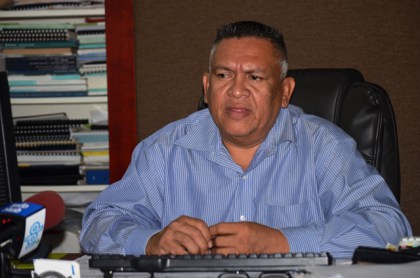 Chief Fisheries Officer, Denzil Roberts said that the acquisition of the sea vessel later in 2018 will vastly enhance the agency’s ability to monitor local and international fishing vessels licensed to ply their trade in local waters.

“We were awarded some money to buy the boat and we are hoping to acquire that this year. If we were to get our own boat we would be able to function more effective.”

In addition, the Chief Fisheries Officer said monitoring at sea is critical to local fishers.

“We will be able to go out and check the boats and see if they are registered. Also, for us to have access to the American market for shrimp/sea bob we have to use the turtle excluder device to ensure turtles do not get caught in the nets. So, the Americans would come every two years sometimes once a year to inspect the vessel and also our records of how we inspect.”

Roberts also pointed out that the vessel will be instrumental since “one of the main concerns is that we don’t do at-sea boarding because they could go out there with their net intact but when they reach out there we don’t know what’s happening. So, that would be another function that we would be able to perform.”

The MOA’s Fisheries Department is the agency responsible for oversight of the local fishing industry. Among its responsibilities are licensing and monitoring of vessels plying their trade in the country’s exclusive economic zone of the Atlantic Ocean.