President calls for innovation in agro–processing

President David Granger has called for stakeholders in the country’s agricultural sector to become innovative and engage in technology driven agro-processing. 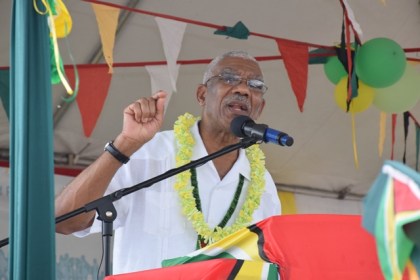 The president, at the time addressing World Food Day observances in the Mining Town of Linden, said the time has come for local agro-processors to capitalise on the large CARICOM food import bill.

“We have to move agri to industrial scales. It is good to have one one bottle pepper sauce, but we have to start producing for the market. We have to start looking for markets in Trinidad and Tobago and Barbados”, President Granger said.

In addition, the Head of State explained that it is important for investments to be made in the acquisition of suitable technology and training if agro-processors were to meet local and regional market demands. “We have to innovate. We have to bring in the machines. We have to train our young people. We have to plant the farms so that we can produce quality products”, he reiterated. 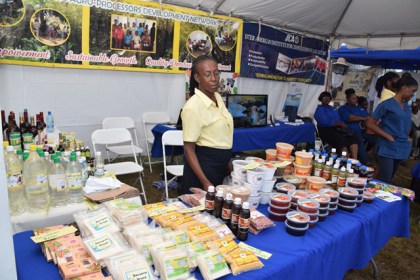 The President also hinted at the government’s continued efforts to encourage the expansion and diversification of the agricultural and agro-processing sector through value-added production. “I urge the Minister of Agriculture once again to activate the agro-processing facility in the Essequibo Islands – West Demerara Region, and every region must have a major agro-industrial complex. Too much food is being spoilt”, the Head of State noted.

Restating government’s intention to establish regional Capital towns, to serve as hubs for commercial growth and regional development, President Granger urged Regional Chairpersons to recognise the importance of their roles in charting a development agenda for each region and not only a specific community.

Local agro-processed produce will be displayed at the Sophia Exhibition from October 27, as government and private sector agencies collaborate to host ‘Uncapped’, to showcase locally manufactured commodities.

International food prices are at their lowest since 2009 yet the food import bill of Caricom has been increasing and stands, today, at over US$4 billion annually. However, Guyana has failed to capitalise on this sizeable market because of its yet unrealised potential of becoming the bread basket of the Caribbean.