Linden, Region Ten, located some 67 miles from Georgetown, will reap the benefits of an approximately $20M drainage and irrigation upgrade, undertaken by the National Drainage and Irrigation Authority (NDIA).

NDIA is an agency of the Ministry of Agriculture. It is tasked with maintaining the integrity of Drainage and Irrigation infrastructure across the Region. 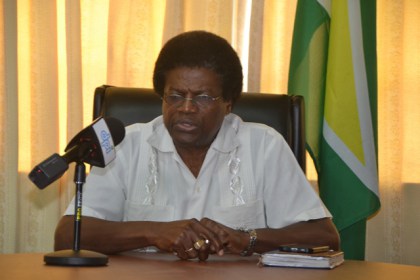 Chief Executive Officer of the NDIA Frederick Flatts, told Department of Public Information (DPI) that the agency’s work programme in the once-neglected mining town is to aid all year-round agricultural production.

The mining town, as it is also has been referred, has a population of approximately 30,000 residents and receives more than 80 percent of its fresh food and other supplies from outside the region.

“That is unacceptable, we believe that the people in Linden must be able to grow more of their food and it’s in the west Watooka that they do their farming we are in that area cleaning miles and miles of drain and canals,” Flatts said.

In addition, the drainage and irrigation official said efforts are being made to ensure that the effects of climate change can be mitigated and does not have a significantly negative effect on the efforts of local farmers to produce what they eat.

“We have actually hired a consultant to look into the possibility of having a conservancy in that area so that even during periods of drought we can supply irrigation in that area that consultancy is right now ongoing,” Flatts noted.

Only recently, President David Granger during his address, at World Food Day observances, challenged the residents of Region Ten, to rise to the challenge of producing their own food and possibly enough to supply Caribbean markets.