Canadian Ambassador, H.E. Lilian Chatterjee, today paid a courtesy call to Agriculture Minister, Noel Holder at his Regent Street office. During their dialogue, Ambassador Chatterjee was briefed on a number of plans for development in the agriculture sector that would see Guyana benefiting from partnerships with Canada given the fact that Canada is one of the largest agricultural producers and exporters in the world. 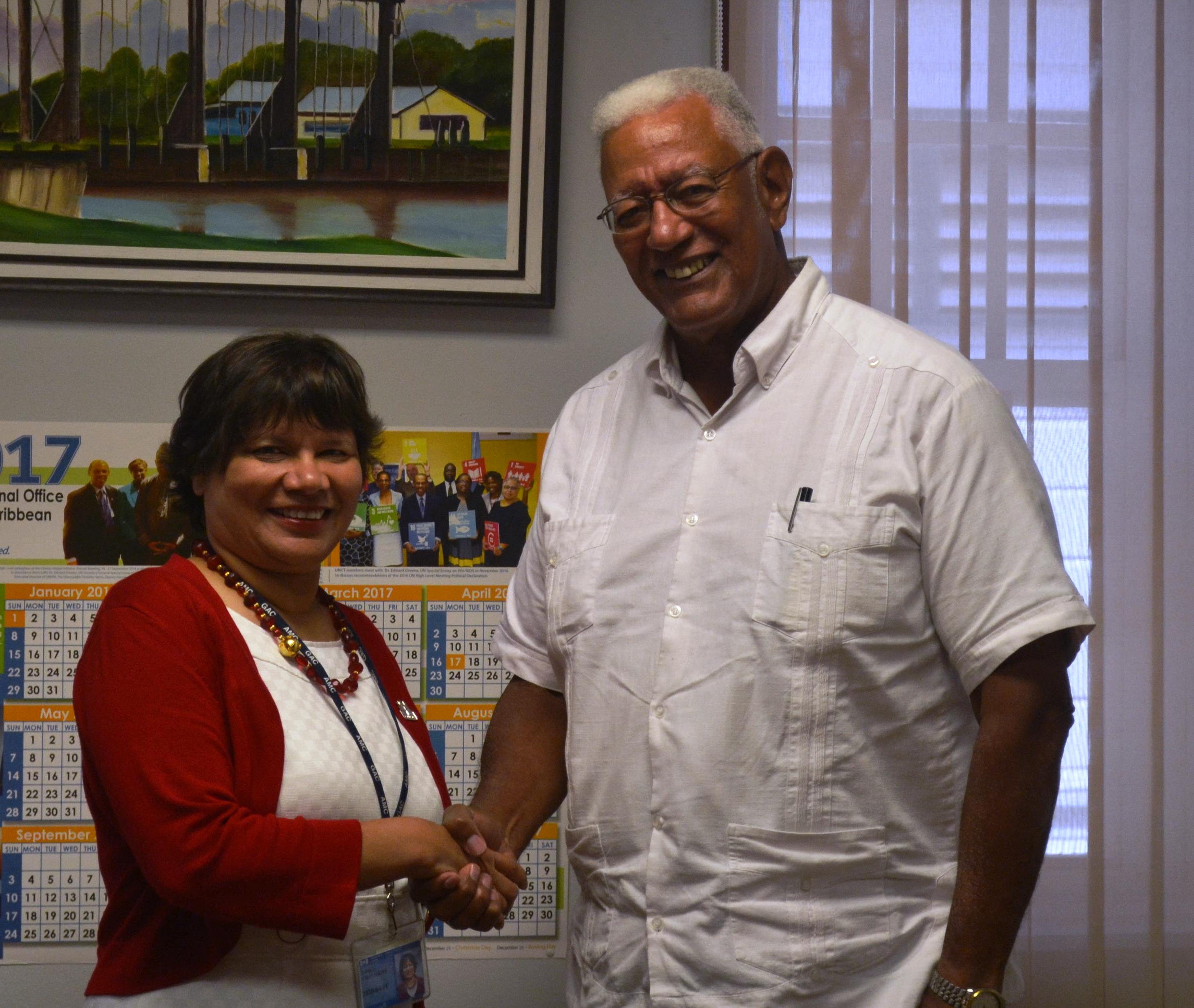 During the meeting, Agriculture Minister Noel Holder updated Her Excellency on the projects government have outlined for agriculture development which include the extension of Guyana’s Agriculture base to the Intermediate Savannahs.