The rehabilitation of the National Drainage and Irrigation Authority’s (NDIA) Region Three office is 98 percent complete. The capital expenditure item which was factored into the authority’s 2017 budget caters to decentralized services being offered within the region.

Renovation of the upper flat of the building located at Den Amstel on the West Coast of Demerara was estimated to be $ 8.5M and included window replacement, repairs to roof and ceiling, plumbing, refitting of basic amenities, repainting, furnishing among other works done. 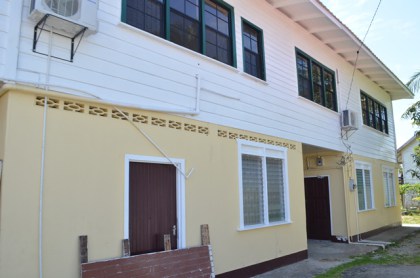 A section of the building that was rehabilitated.

According to NDIA’s Regional engineer, Lall Piterahdaue who supervised the project, prior to repairs, the building was unsuitable for use by NDIA’s regional staff. Lall added that the regional engineers often times travelled to the ministry’s central office to facilitate the region’s administrative work. The upgrade is therefore timely.

Devcon Construction and Contracting Services was awarded the contract in May 2017.

Chief Executive Officer of the NDIA Frederick Flatts anticipates the doors of the office will be opened to the public at the beginning of October. Decentralised NDIA services in the region now mean that farmers and other persons seeking technical support and assistance would no longer have to travel to Georgetown to access it.

Additionally, Regional Engineers will also be able to function more effectively within the region. The completion of the rehabilitation of the regional office is one the first of a series of NDIA offices which is to be set up in all ten administrative regions.

Different sections of the building that was rehabilitated. 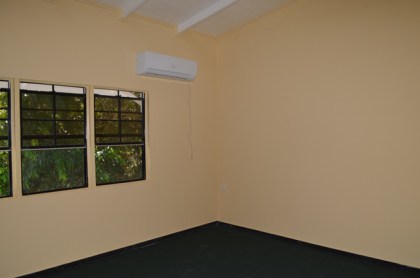 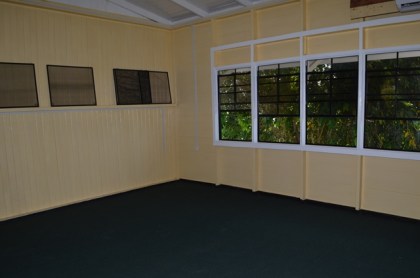