The leases were presented by Minister within the Ministry of Agriculture Hon. Valarie Yearwood and Manager of the Commission’s Secretariat, Durwin Humphrey who represented GLSC Commissioner Trevor Benn at the handing over ceremony.

The process began in October 2017, when the Kwakwani Neighborhood Democratic Council dispatched a letter to the Commission raising several concerns which residents brought to their attention as it relates to the security of their lands.

Commissioner Trevor Benn later responded and led a team to the area on a fact-finding mission. At that time, Benn had assured the residents then that he will ensure that their matters are resolved once all the groundwork are completed. 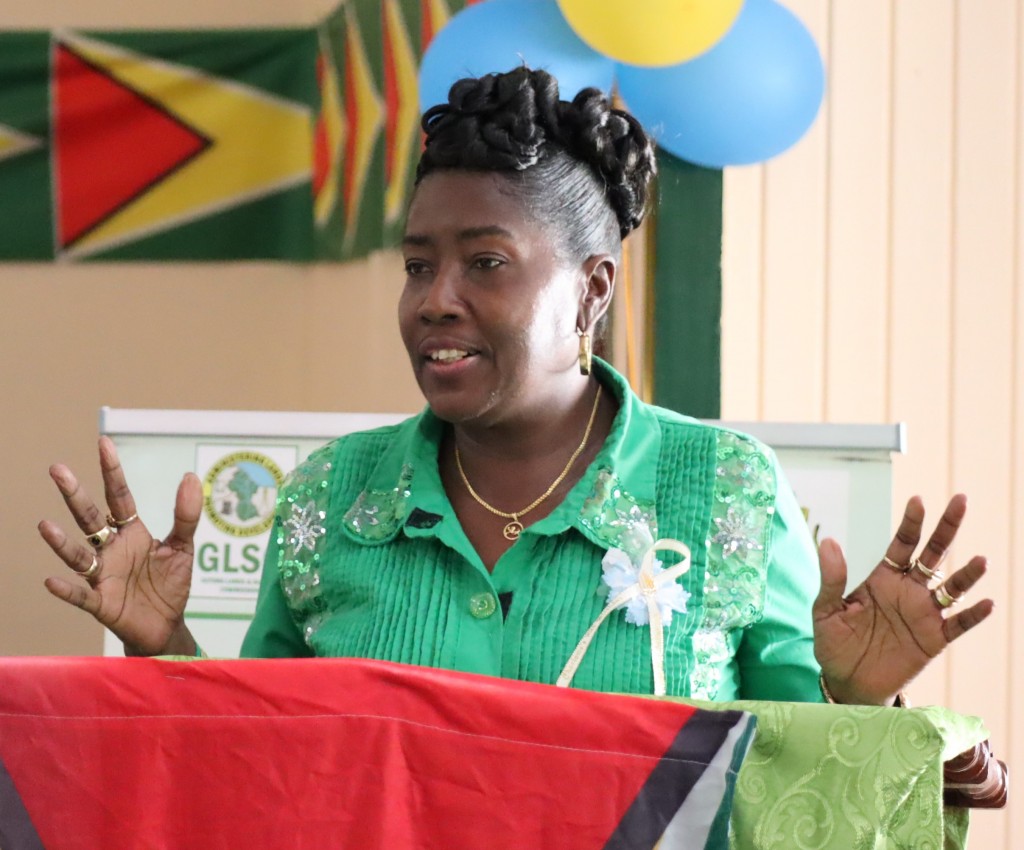 Minister within the Ministry of Agriculture Hon. Valarie Adams-Yearwood was also involved in the process. The residents had reached out to her when she served as Minister responsible for the Central Housing and Planning Authority.

“You are deserving of your leases, and I am happy with the work the Guyana Lands and Surveys has done,” the Minister told the residents. 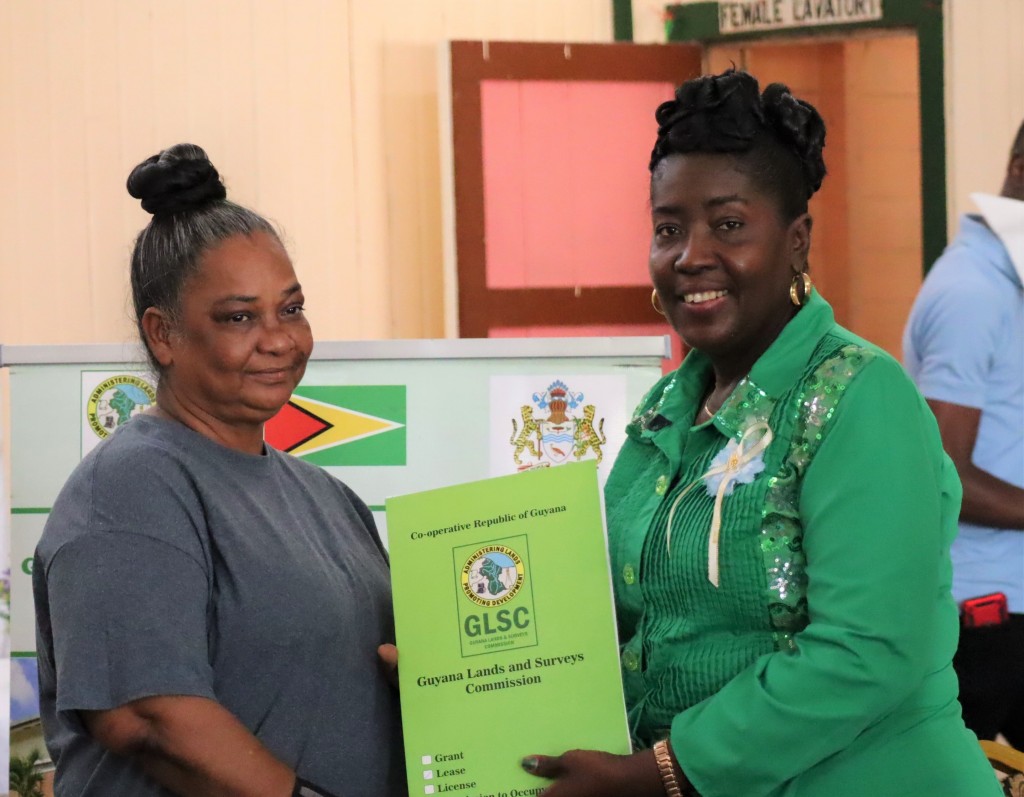 “The Commission had several engagements with you and it was not easy and it was not cheap. These leases cost the Commission, but I am happy that finally this part is over and I want to say that this is another promise delivered. I am urging you to kindly make the land work for you. Now that you have the security for your land you can finally start expanding your business or your homes” The Minister urged.

Also, in brief remarks, Manager of the Commission’s Secretariat, Durwin Humphrey, urged the residents to make good use of their titles which they had to wait decades to receive. 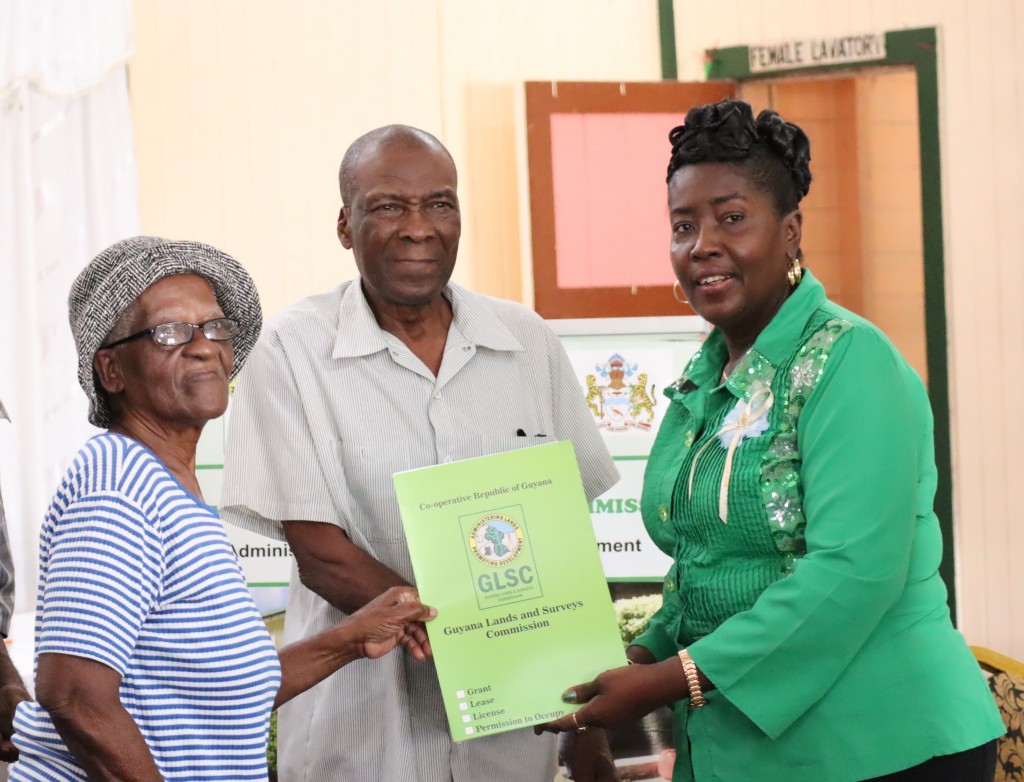 “These hardworking families are well- deserving of these leases, these families previously had no title, no security of tenure, for their land which they well deserve and we are happy that we can provide them with these titles,” Humphrey stated

He encouraged the landowners to take advantage of these titles and invest in their homes and businesses.

On Thursday in a similar exercise, the GLSC delivered some 36 leases to the residents of Nurney/Kildonan in Region Six.