SEVERAL nonagenarians of Linden were recently honoured by the Minister within the Ministry of Agriculture, Valerie Adams-Yearwood for their contribution to the development of the mining town over the years.

The occasion saw 10 seniors who would have played a critical role in the development of their communities being visited and presented with tokens of appreciation by Minister Adams-Yearwood. 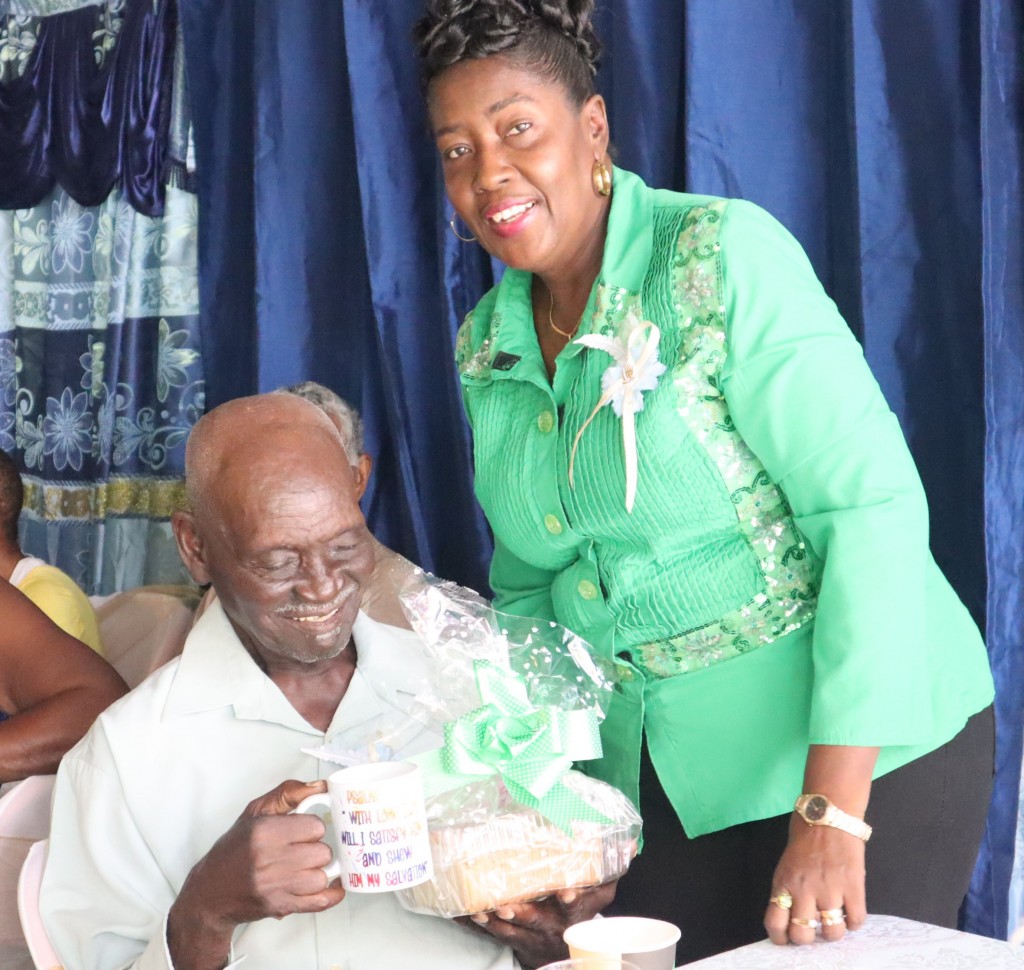 Among the honourees are retired nurses, and regional councillors and staff of the now defunct Demerara Bauxite Company Limited (DEMBA).

While addressing the gathering, Minister Adams-Yearwood reflected on her encounters growing up as a young Lindener with the honourees.

“I remember, as a child, my sister and I would run into Ms. Stella (an honouree)’s yard and pick her fruits from her tree. She never knew it was us, but later she would come to mommy and say, ‘These children around here always in my yard.’ I also remember eating food from some of you. We lived in love, and respected our elders,” Minister Adams-Yearwood recalled. 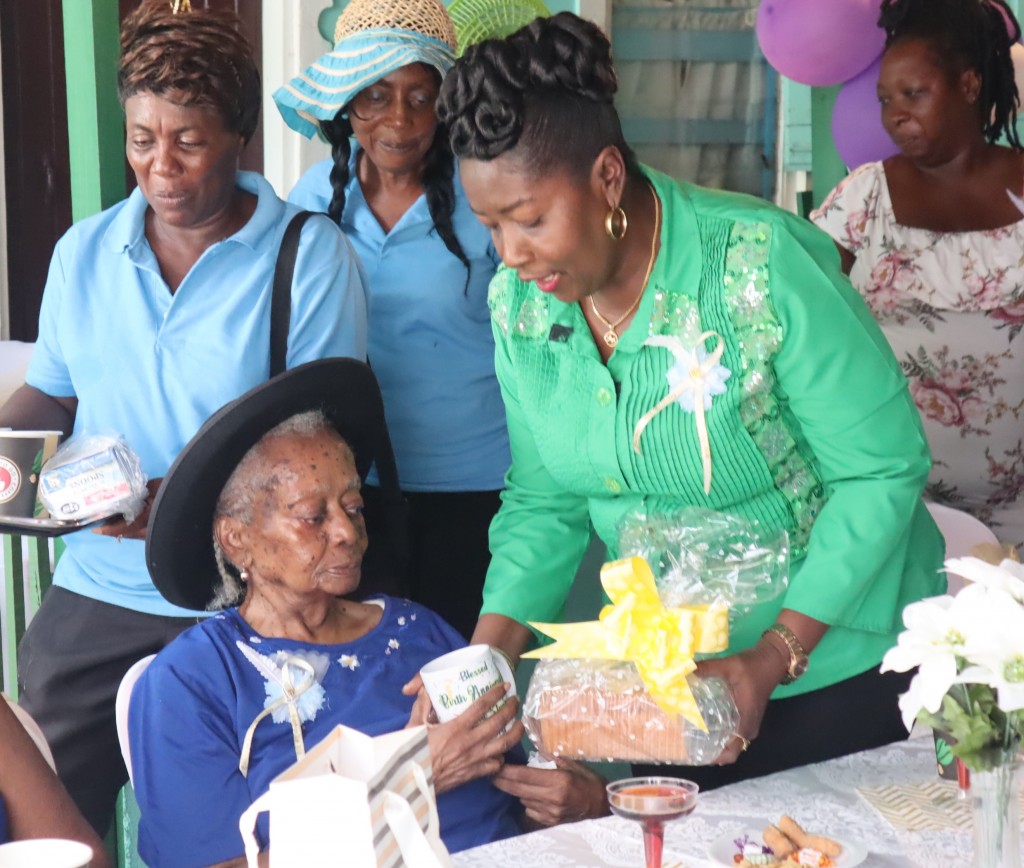 She also spoke of the valuable lessons taught by the elders, one of which is that money should not be the only motivator in life, but rather the long-term gains and benefits of to one’s self and community.

The minister, while thanking the township’s elderly, noted that it is important to honour persons who would have served and are still serving their country while paving the way for the many generations to come.

Among the honourees were Charlotte London, Clara Daniels, and Ula Morris, all 90 years old; Doris Fraser, Inese Lewis and Daisy Sampson, all 91, and Stella Goppy and Selena Joseph, both 93.

The elderly persons expressed sincere gratitude to the minister of agriculture for the kind gesture.