After seven years of working on the new paddy variety – “GRDB 15”, the Guyana Rice Development Board (GRDB) has officially released its fifteenth paddy variety.

The new type of paddy holds several positive characteristics which could see the rice industry benefiting in a number of ways. 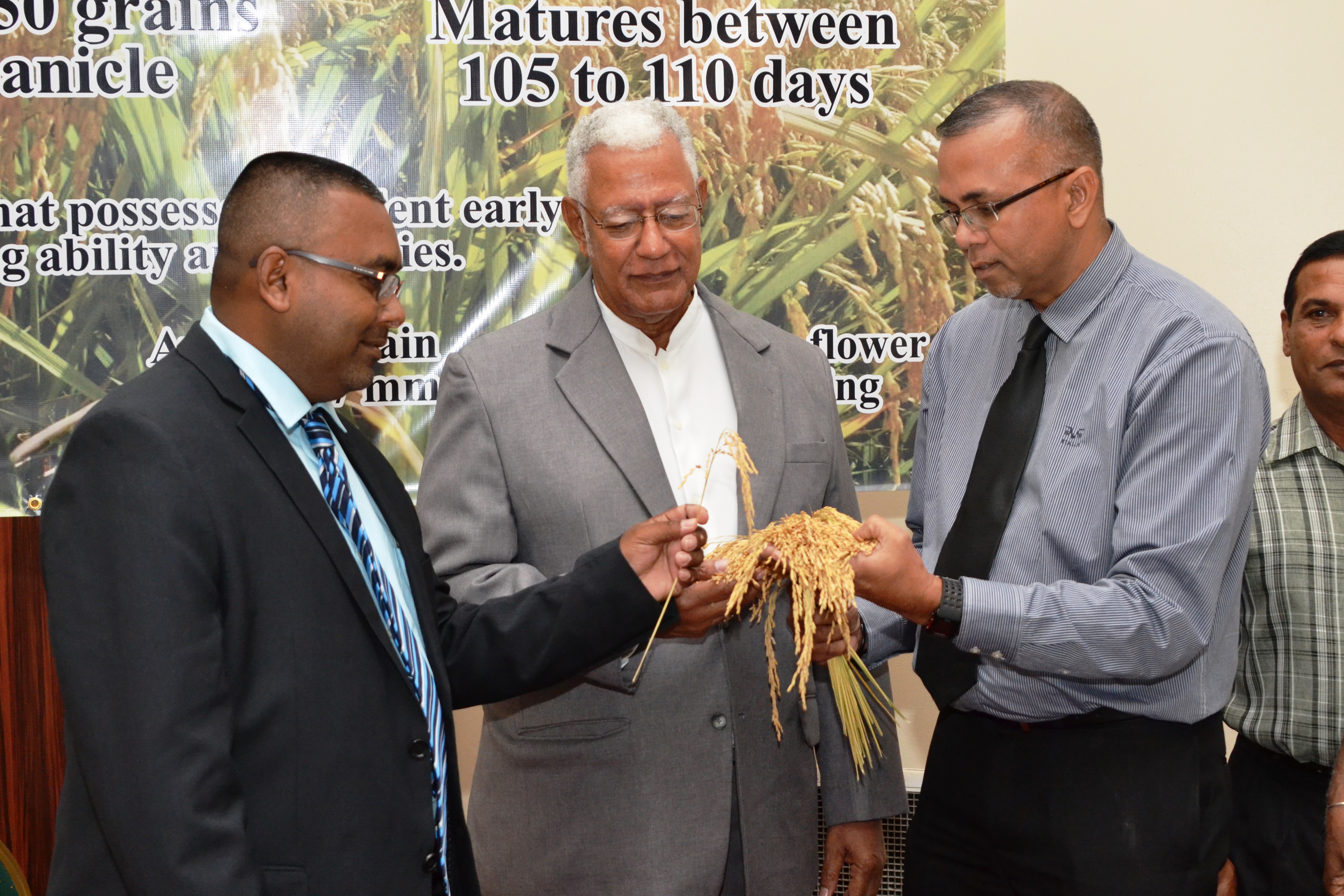 As compared to one of the main paddy varieties utilised in the country – “GRDB 10”, the new variety is said to have demonstrated better yield.

Minister of Agriculture Noel Holder addressed those present and held firm that the GRDB 15 is another step in the evolution of Guyana’s rice industry.

““GRDB 15 is a high yielding variety, that provides more bags per acre, which translates into increased income for farmers and millers” Minister Holder said. 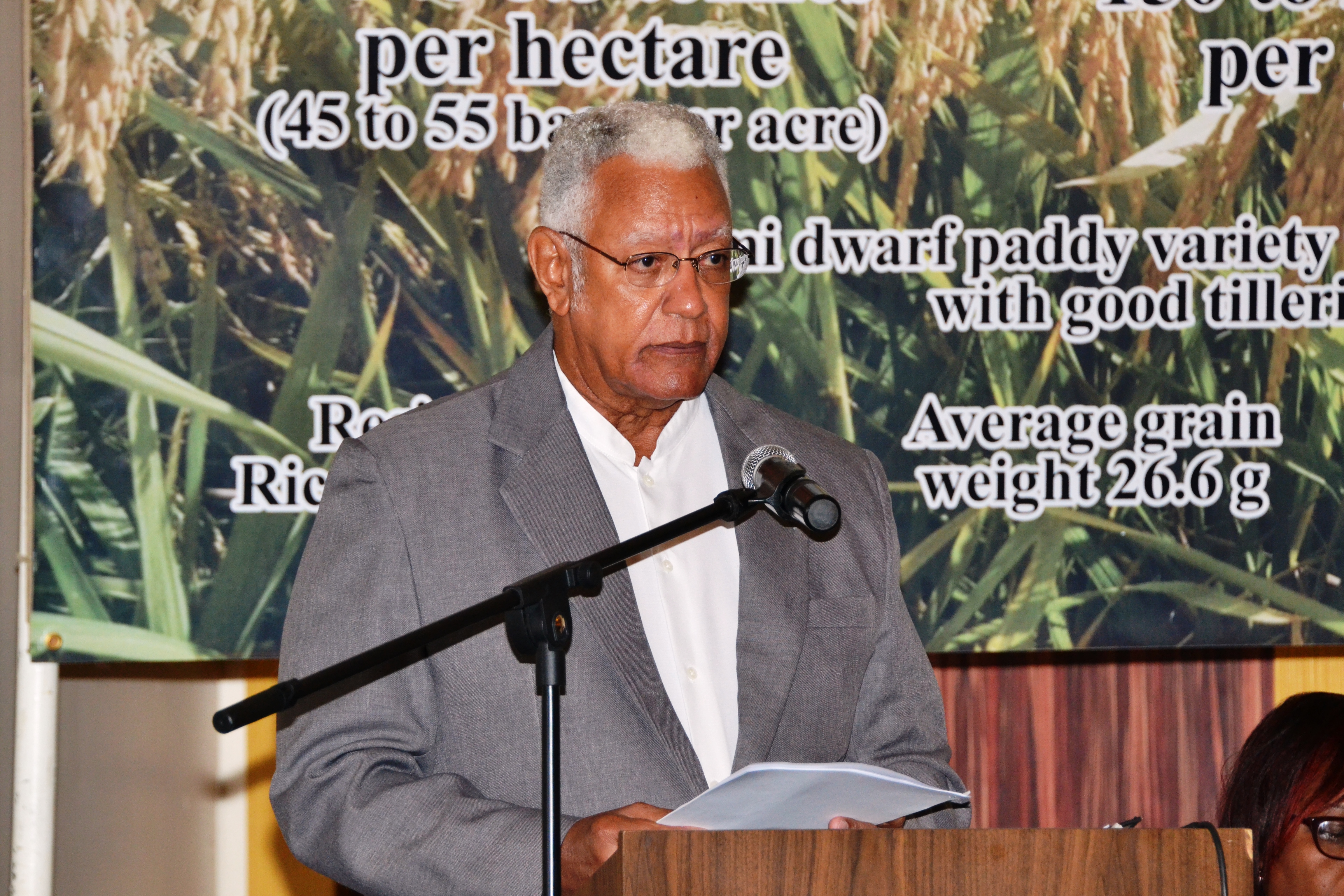 Minister Holder said “Guyana’s rice farmers will have the potential of realising yields of up to eight tonnes per hectare; provided that the recommended farming practices are incorporated.”

“The ultimate goal of nearly all we do in the Ministry of Agriculture is to reduce the level of poverty while increasing incomes. With this new variety on board, we expect the national production to increase considerably,” Holder reasoned.

The “GRDB 15” paddy variety has withstood 33 trial tests at the Burma Rice Research Station and with farmers across the country, before its final release.

The Rice Research Station at Burma is responsible for the creating new varieties to benefit farmers and the country at large. GRDB is currently spending approximately $150M per year to maintain a breeding program. A total cost of over $300M is estimated to develop one rice variety. 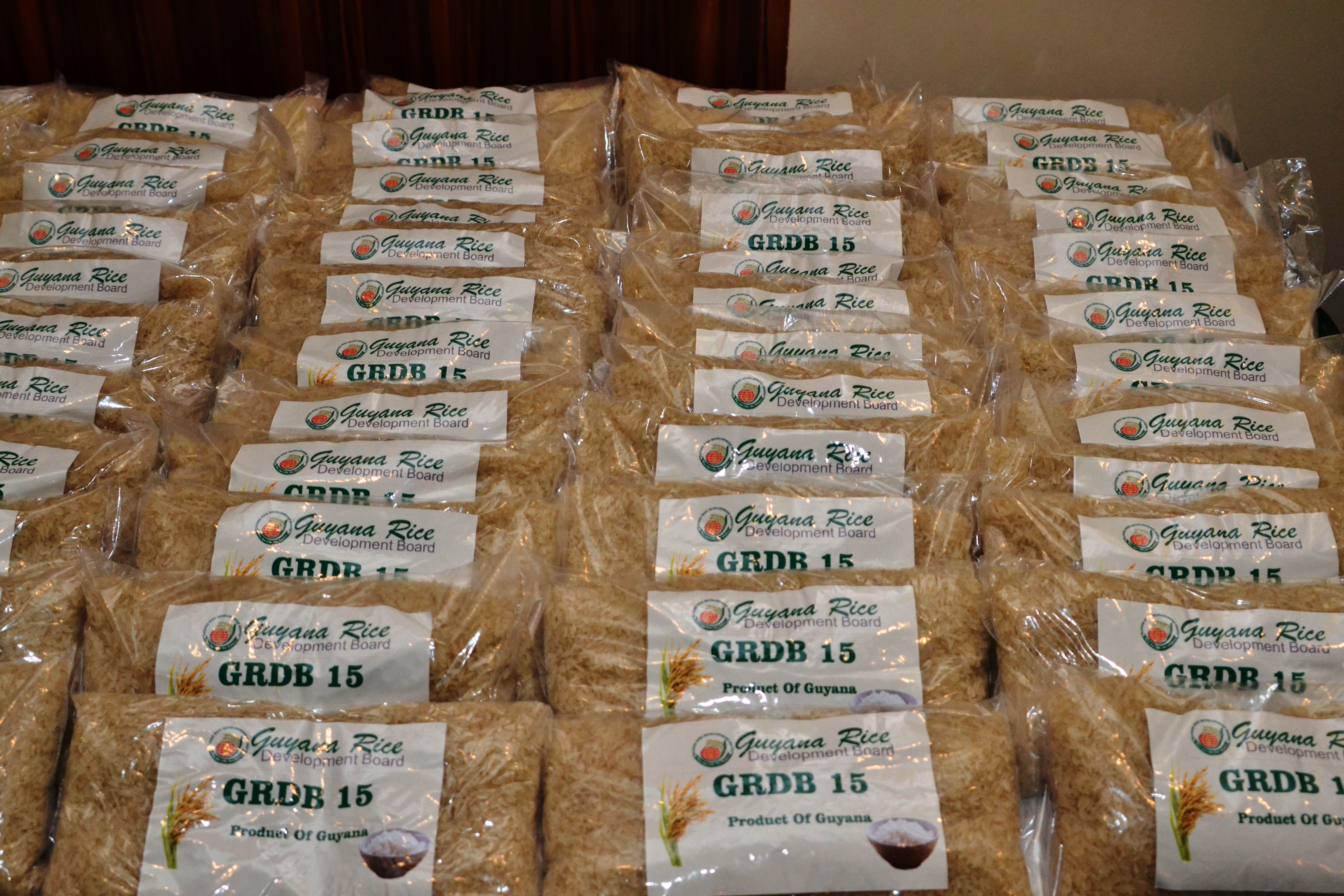