Home NEWS Residents remain optimistic, ‘around the clock’ work being carried out at Mahaicony foreshore

Residents remain optimistic, ‘around the clock’ work being carried out at Mahaicony foreshore

─ residents optimistic that the breached embankment will be sealed

When the spring tides hit again on Friday last, residents in the Dantzig to Fairfield communities in Mahaicony braced themselves for the barreling waves to hit the foreshore. Many commended the pace of the continuous emergency efforts in the face of an ongoing tragedy.

“The people working day and night,” said Desiree Percival, a pensioner whose yard was flooded. Percival explained that at nights, she often heard heavy-duty trucks offloading boulders to the critical foreshore at Fairfield. 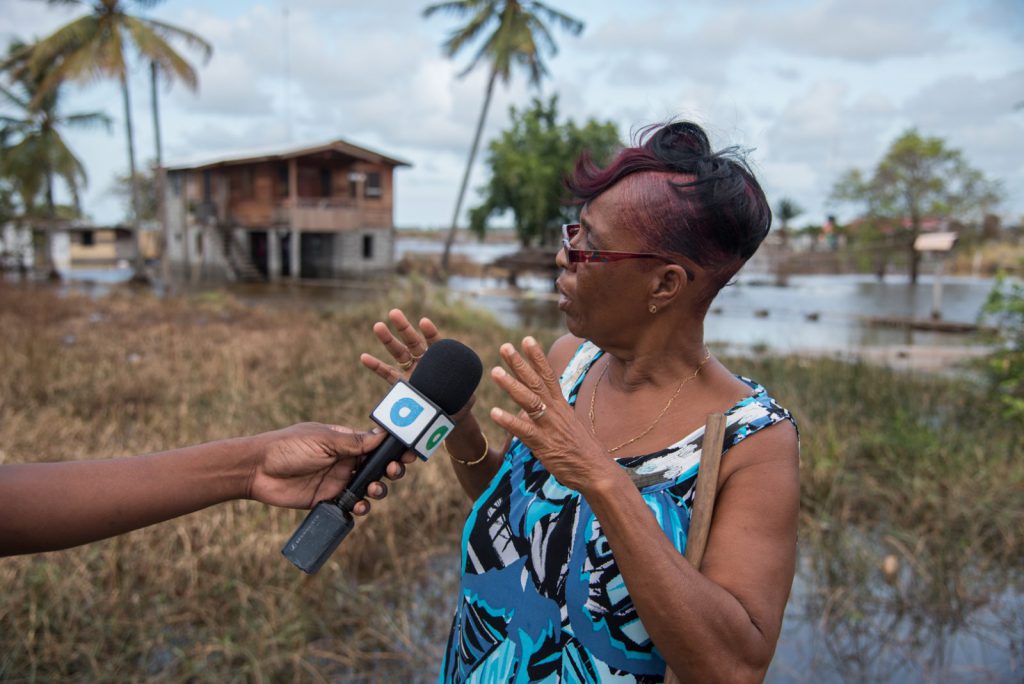 According to Janet Bhandoo, a housewife living along the main access road, the emergency works occur nonstop. “Every day you see the sand trucks, the big load trucks going out carrying the things [soil and boulders],” the housewife related.

Meanwhile, Sandra Ramson of Rebecca’s Lust, who plants and maintains fruit trees in her yard, mentioned her sister-in-law supplied BK International (the contractor responsible for works at Dantzigt foreshore) with soil.

“For sure, I hear whole night they’re working- the whole day, whole night because you can hear. Then you can see the light out there [at the foreshore]. So, they are working very hard on it,” Ramson continued. 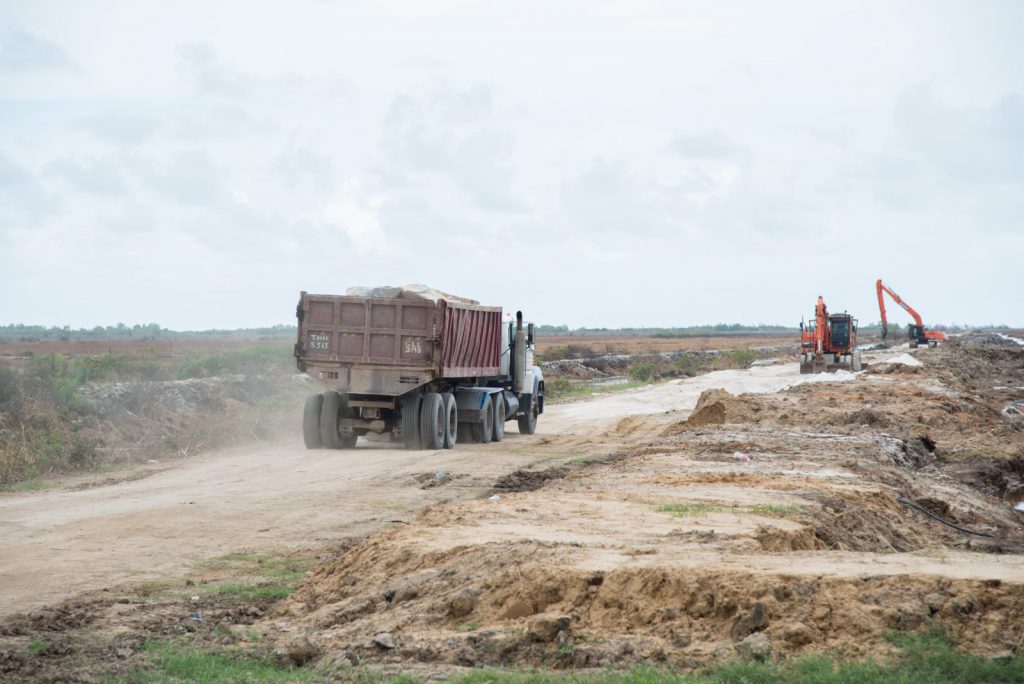 The emergency works highlighted were initiated by the Ministry of Public Infrastructure through BK International and A&S General Contractors Incorporated, with the latter leading efforts in the Fairfield area.

While all of the residents interviewed by the Department of Public Information (DPI) have experienced flooding, they remained optimistic that the breaches along the earthen embankment will be sealed.

To date, more than 6,000 tonnes of stone has been delivered to strengthen the severely impacted foreshore. Already, a 100m of rip-rap sea defence structure was constructed at Fairfield. From a Ministry of Agriculture standpoint, farmlands were also impoldered to reduce the effects of flooding, along with the installation of 4 pumps along the foreshore to alleviate the residents during low tide periods.

However, with much damage done to the foreshore after the last spring tide that ended October 3, corrective measures have been hindered due to numerous uncontrollable factors including major difficulties concerning access to the foreshore by heavy-duty vehicles. Combined with the loss of four barges and one tugboat to the treacherous waters of the Atlantic Ocean, execution of emergency works has remained a challenge for the contractors.

On the other hand, the residents also noted their satisfaction with the interventions made by the Civil Defence Commission (CDC). For every day during the spring tide, CDC has not only engaged in monitoring exercises of the tragedy but assisted numerous affected households with hampers containing disinfecting supplies.

On Tuesday, the CDC again ventured into communities of Regions 3 and 5 to continue their damage assessments and handed several cleaning supplies to affected residents. Through multiple ministries and agencies, the government has issued advisories and warnings to residents along the coastal belt of Regions 2, 3, 4, 5 and 6.