More than 3,000 coconut farmers in the Lower Pomeroon are resting easier, knowing that their government listened to their plight and acted in their best interest thus securing their financial futures

The farmers were left pondering as to what their next move would be following an order from the Environmental Protection Agency (EPA) to close down the Fat Boy Coconut water bottling plant located along the Lower Pomeroon. 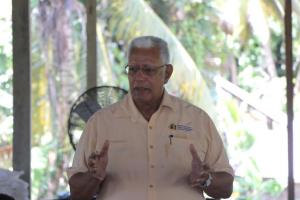 Today the farmers attended a community meeting in Grant Regina chaired by Minister of Agriculture, Hon. Noel Holder and Minister of Public Health, Hon. Volda Lawrence where they took the opportunity to raise the concerns with the ministers, reading from a letter provided to them from the company.

The letter explained that the bottling plant would cease operations on July 31 to comply with orders from the EPA to curtail the dumping of coconut husks into the Pomeroon River. It went on to state while the company has a plan to address the dumping, it was experimental and they would not be able to say when they would reopen their doors. 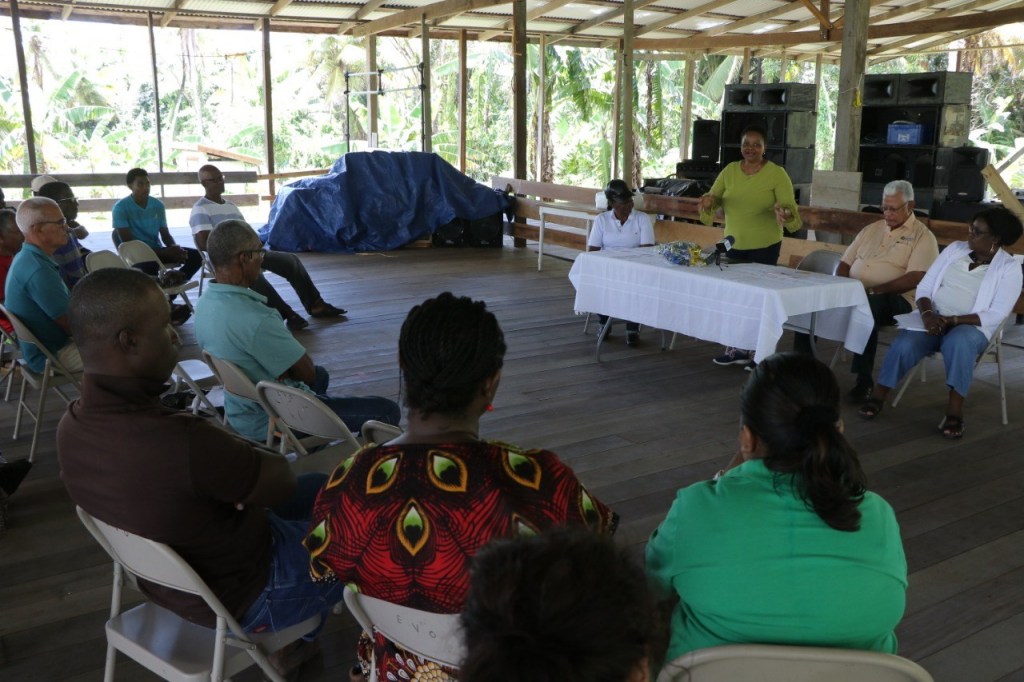 Minister of Public Health, Volda Lawrence addressing the coconut farmers during a community meeting at Grant Regina in the Lower Pomeroon

This would essentially mean that thousands of farmers would be left without a source of income and their futures in jeopardy. Luckily, this matter had caught the attention of the government, and a solution was already forthcoming, one that was commended by the farmers present at the meeting

Minister Lawrence informed them that government had since taken a decision to allow the bottling plant to continue its operation and, in the interim, discard the husks on land. She further advised the farmers to consult with the Food and Drug Administration and the EPA to work on the regulations around the discarding of the coconut husks. 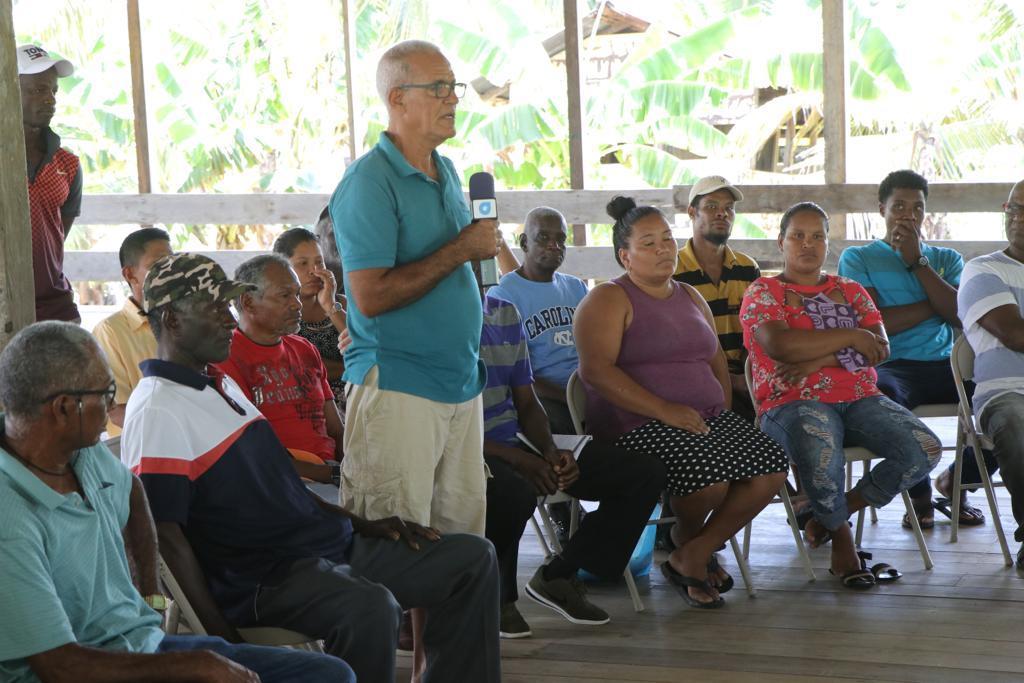 One of the coconut farmers making a point during the meeting