The National Agriculture Research and Extension Institute (NAREI) is helping a group of young people in Linden to set up a demonstration plot with the aim of promoting agriculture among youths.

The group, Linden quality production cooperative society limited, was formed in September 2018. It has seven members, three of whom are females.

Presently, the group is setting up a shade house. They intend to officially launch in less than two months. Once fully operationalized, its members will provide training to young people in the village. 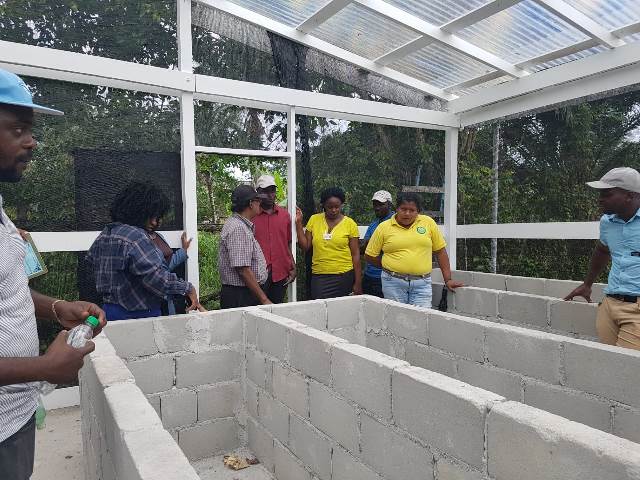 A shade house is currently being constructed by the group

On Tuesday, NAREI’s Chief Executive Officer, Dr. Oudho Homenauth met and interacted with two of the group’s members. To aid the youths, he donated a number of farming tools and seeds.

The CEO promised to donate seedlings once their shade house is completed. “These are the kinds of initiatives we are looking for among young people and we are happy to support you because you are teaching young people to be self-sufficient,” the CEO said.

Dr. Homenauth encouraged the group to visit farms in other areas to get ideas and then incorporate those ideas to their farm. “There are so many things you can do here. Eventually you can do vermicomposting and generate your own fertilizer.”

To thank NAREI for its contribution, Stephen Francis, chairman of the group, presented a certificate of appreciation to Dr. Homenauth. Francis said when they first started the farm, they would have approached several persons for contribution and NAREI was the first to respond. 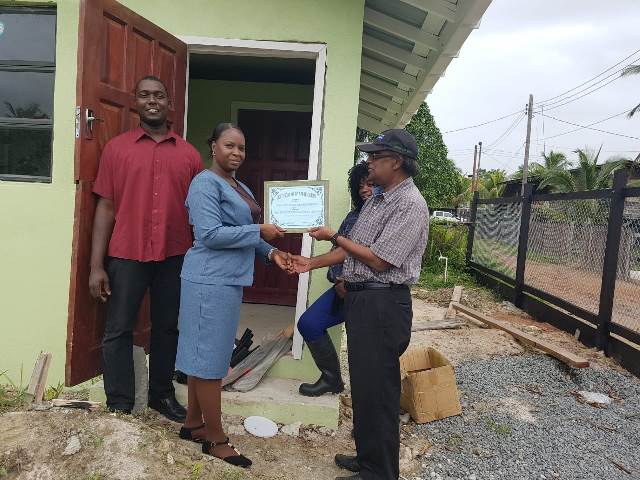 Dr. Homenauth receiving the certificate of appreciation from one of the group members.

As it relates to the training that will be offered, Francis said, “One of the criteria to be part of the training is that you must have a piece of land and you must create two 10 feet bed, so what we would do is train you at our demonstration plot and then we would give you planting materials to take to your farm,” Francis said.

He further explained that the potential farmers would then be able to transfer their knowledge from the training to their individual farms. Additionally, after the training, the youths will have the opportunity to sell their crops to the group.

Francis and his members intend to establish the first fresh cut commercial industry where they will be able to package and sell crops to supermarkets and restaurants. They will purchase their produce from the youths who would have received training.

Francis explained that during SBA times, it is always a struggle when students have to remember everything about farming in a day. However, they will now be offered the opportunity to observe and be involved in actual farming for a longer period of time.