The importance of sugar industries to CARICOM countries development has been underscored by representatives of the Sugar Association of the Caribbean this morning, as the two-member team held dialogue with government officials in the main boardroom of the Agriculture Ministry.

The team which was led by Director of the Sugar Association of the Caribbean for Belize, Mr. John McLachlan presented a report titled, “CSME market for white sugar: the need for regional integration and reform.” The presentation which was delivered to Board of Directors of the Guyana Sugar Corporation (GuySuCo), and representatives of the Ministries of Foreign Affairs and Agriculture respectively, addressed a number of key areas which needed to be fine-tuned at the governmental levels, if sugar is to remain viable. 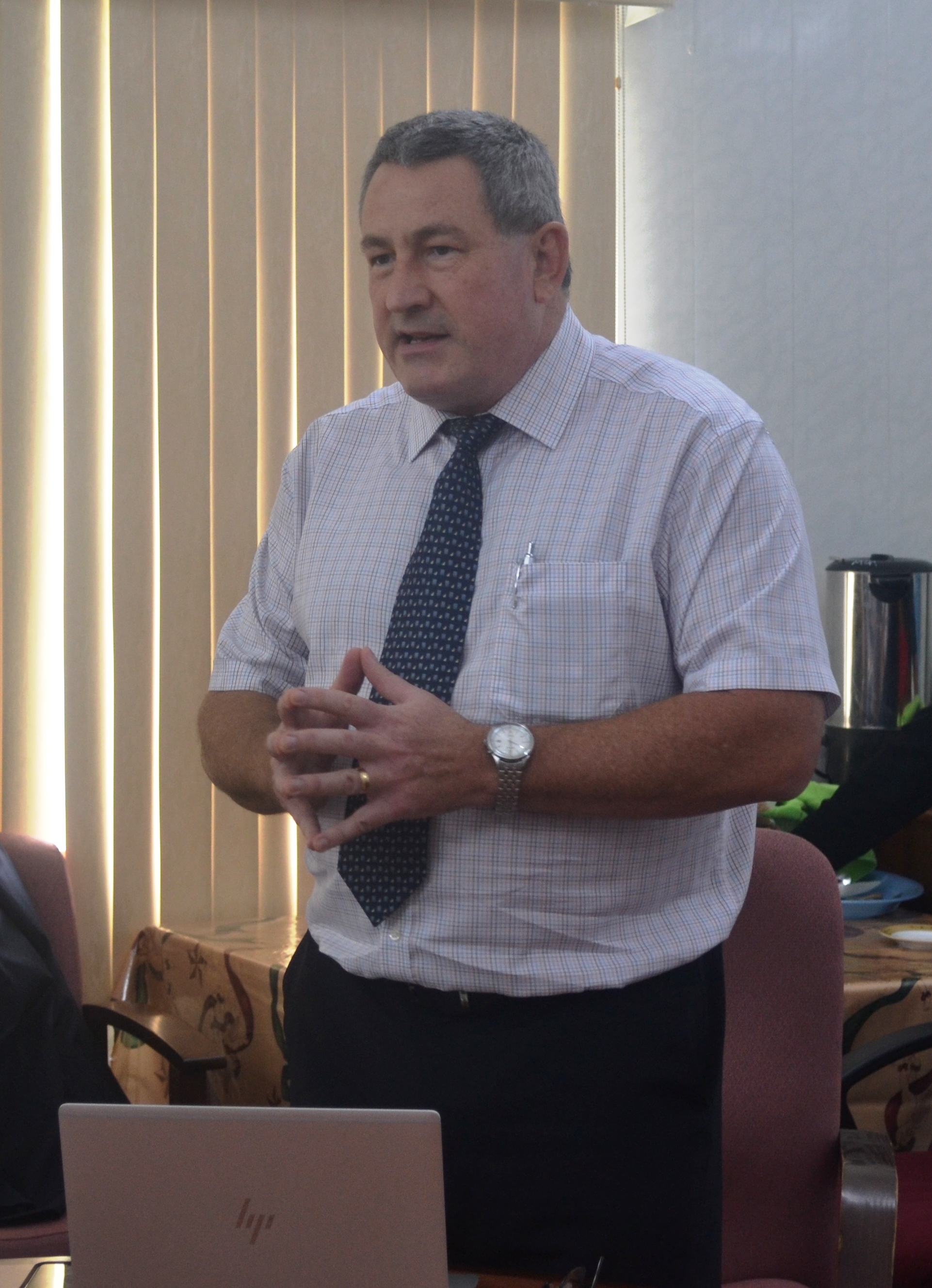 During his presentation, McLachlan spoke of the work being undertaken by the association in an attempt to correct market imbalances which currently exists.  He added that for sugar to remain competitive, there is need for strong regional integration and reform of sugar industries.

“It is a critical time for sugar in CARICOM region…..there remain significant challenges confronting the industry, which in our view can become viable, if the necessary issues are addressed at the political level, so that sugar production can find a place in the market,” he noted.

Of main importance, SAC has suggested to CARICOM that the Common External Tariffs be re-looked at and amended to impose a 40% tax on beet-sugar coming into the CARIOM market. The aim is the is to have Caribbean sugar sold in Caribbean markets.

A section of the meeting

Among the issues highlighted, the global market challenges, EU market changes, traditional reliance on the EU, alternative markets for CARCIOM and impacts on sugar production and industrial producers were discussed.

Global demand for sugar increases 2% annually fueled by population growth, however, it continues to fall in the EU.

According to SAC Director for Belize, total production currently exceeds demands in the region – something which needs to be urgently addressed. He said that while the association has been doing much in terms of research, the reality is sugar production will remain low unless governments intervene with significant financial support.

“Another area of focus is the impact the industry has on industrial producers which will continue to increase and I urge the political decision makers to fine-tune this,” McLachlan said.

Members of the GuySuCo Board of Directors during the presentation

The report was presented to COTED and major sugar importing companies in CSME the SAC. The next step will be to present a position paper to COTED which will show how countries can even out pricing in the long run, after which there will be a presentation on the finding and key outcomes at the next Heads of Government meeting.

The presentation was welcomed by Agriculture Ministry, Noel Holder to echoed similar sentiments of the SAC Director, noting that importance of the sugar industry which is dependent on the political decision makers need to buy-in.