Agriculture Minister, Noel Holder is currently participating in the 30th Meeting of the Parties (MOP) to the Montreal Protocol on Substances that deplete the ozone layer in Quinto, Ecuador.

The MOP, which is being hosted by the United Nations Environment Programme (UNEP) aims to mobilize officials and other key stake holders to engage in meaningful dialogue and update their counterparts on their country’s progress in meeting the target of phasing out Hydrochlorofluorocarbons (HCFCs) by 2030. 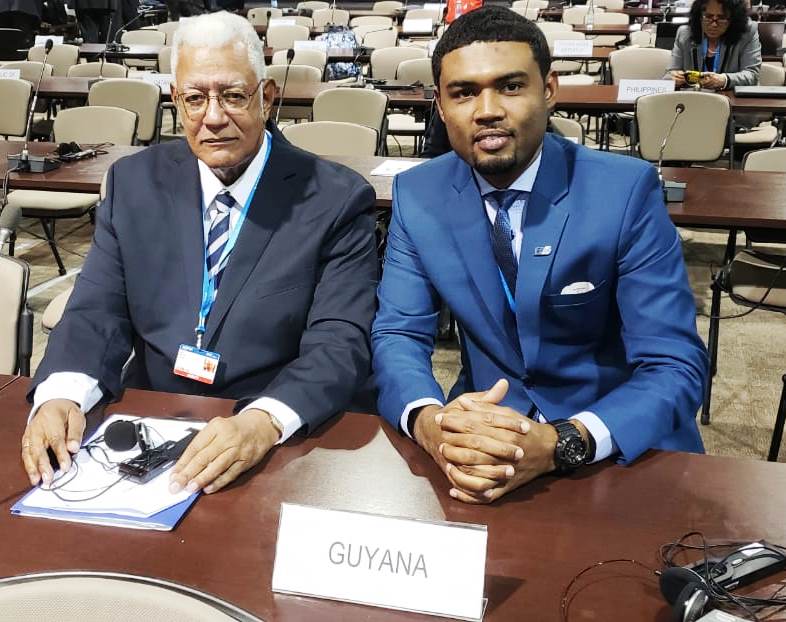 While there Minister Holder, who is accompanied by Chief Hydromet Officer (ag) Dr. Garvin Cummings, will be participating in a series of meetings and give presentations on Guyana’s progress thus far in its HCFC Phase out Management Plan (HPMP).

During today’s session, Minister Holder presented Guyana’s case and said the need for sound management of our environment is now more urgent than ever before. 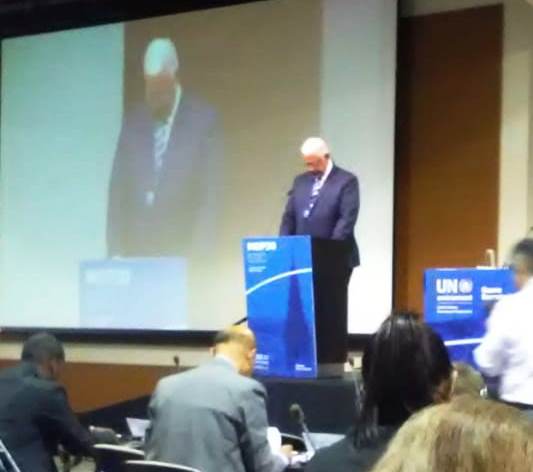 Minister Holder while making his presentation

“Guyana, as a member of the global community, rose to the urgent call for collective action to better manage substances that destroy the ozone layer.  More than two decades ago, Guyana embarked on this journey that, though not without challenges, has provided many lessons on good environmental governance to guide the implementation of other national environmental policies and other Multilateral Environmental Agreements,” Minister Holder said.

In 2008, two years ahead of schedule, Guyana successfully phased out the use of Chlorofluorocarbons (CFCs), one of the first groups of substances scheduled to be phased out under the Montreal Protocol. Guyana is currently in the second stage of the HCFC Phase out Management Plan to phase out the consumption of these ozone depleting substances.

The call for viable, affordable and commercially available alternatives in the refrigeration and air conditioning sector is even more crucial for Guyana as  government has committed to pursuing an accelerated phase-out of HCFCs, that is, to completely phase-out the importation of HCFCs by 2030.

Guyana is a party to the Vienna Convention for the Protection of the Ozone Layer and the Montreal Protocol on Substances that Deplete the Ozone Layer. 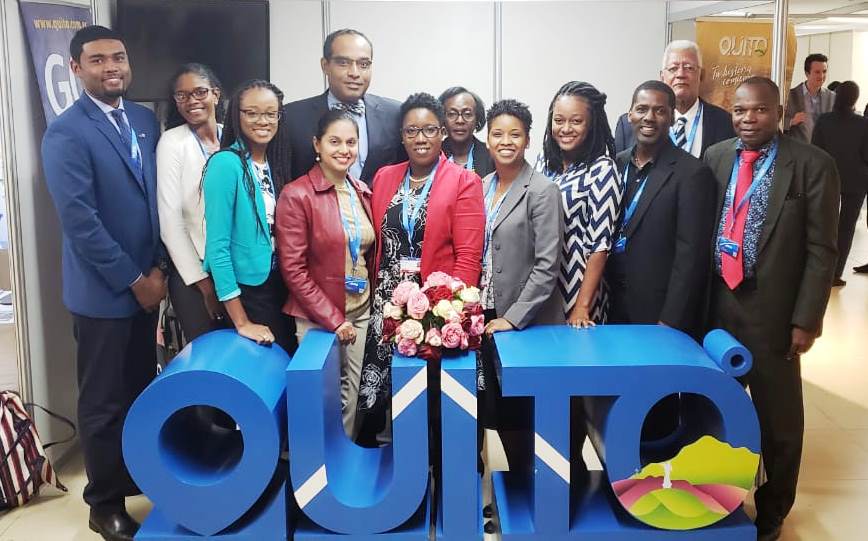 Minister Holder and Dr. Cummings along with other participants

Minister Holder, while congratulating the parties of Montreal Protocol on successfully negotiating the Kigali Amendment, explained that as a country that is vulnerable to sea level rise and which has witnessed the devastating effects of extreme climatic conditions, Guyana welcomes this amendment to the Protocol.

“Guyana looks forward to meeting this new challenge in the coming years with the same enthusiasm and commitment that we have demonstrated in the previous and current phase-out programmes. We commit to ratifying the Kigali Amendment to the Montreal Protocol in the shortest possible time, while ensuring that national processes are fully satisfied,” Minister Holder said.

Since the enforcement of a ban on HCFC-based equipment in 2013, HFC-based air conditioners have been primarily imported into Guyana and remain the only commercially available alternative to HCFCs.

Mobile and commercial refrigeration systems are integral to Guyana’s expanding agricultural sector for the supply of fruits and vegetables as well as fisheries and livestock products to the local, regional and international markets.

The subject Minister also stated that progress being made with zero ODP, low-GWP (global warming potential) technologies for domestic refrigeration that are also energy efficient is laudable.

“This development is well-timed since Guyana, through our national Green State Development Strategy, has been taking steps to reduce our carbon footprint through the transitioning of the national energy sector to renewable energy and energy efficient technologies,” Minister Holder said.

In an invited comment, Chief Hydromet Officer (ag) Dr. Garvin Cummings said that Guyana remains committed to the preservation of the ozone layer while maintaining compliance under the Montreal Protocol.

“The successful phasing out of HCFCs, by 2030, requires that all the necessary information and tools to assist our local industry in transitioning smoothly from ozone depleting technology to newer alternatives that are in keeping with our obligations under the Montreal Protocol and Guyana’s thrust for sustainable development becomes accessible,” Dr. Cummings said.