– IICA to have bigger role in Guyana

In observance of Agriculture Month and its forty-third anniversary in Guyana, the Inter-American Institute for Cooperation on Agriculture (IICA) today hosted a grand Agro-processors Market and Open Day at its Brickdam office location.

The representative of the IICA, Wilmot Garnett said through collaboration with the Agriculture Ministry and several agencies, the institute has taken steps to modernise the local agriculture sector. 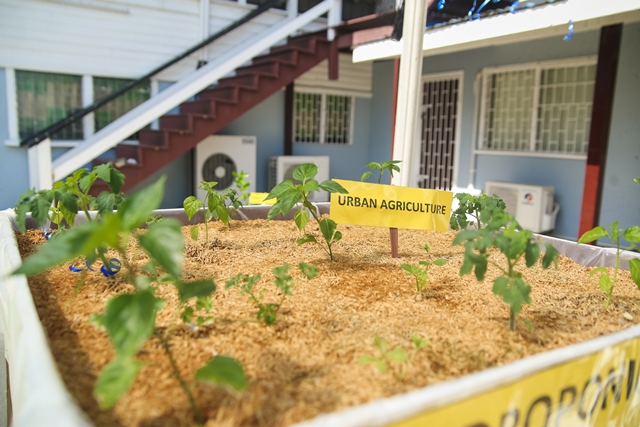 “We have done quite a lot of work in technology and innovation, introducing new varieties of crops in Guyana as well as strengthening the livestock industry. We have spent quite a bit on biotechnology and worked with the Mexican government in scholarships and have quite a number of Guyanese studying to support the coconut industry, we have also worked in water,” Garnett said.

He added that the open day aims to highlight the work done with agro-processors from various regions.

Minister of Agriculture, Noel Holder, who attended the celebration, commended IICA for its outstanding contributions to the agriculture sector. He is currently in talks with IICA to take Guyana to another level.

“My discussions with the Director General of IICA indicates that IICA might have a bigger role in this region and Guyana might be the sub-regional hub.” 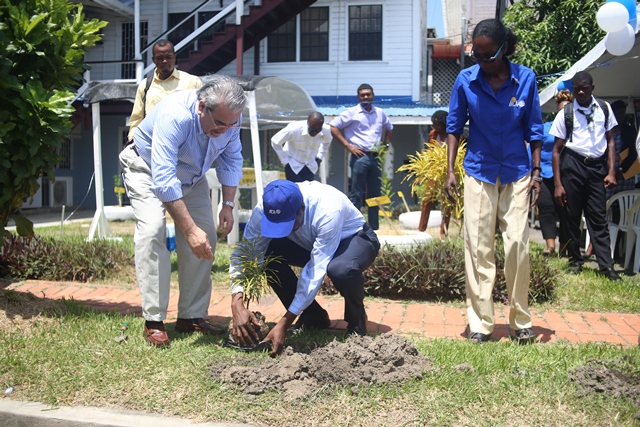 The representative of the Organisation of American States (OAS), Jean Ricot Dormeus also recognised the works of IICA and stressed the importance of agriculture to any country’s development.

In recognition of the longstanding partnership with the government and IICA, several trees were planted by Minister Holder, Minister within the Ministry of Public Health, Dr. Karen Cummings, Argentina’s Ambassador to Guyana, Felipe Alejandro Gardella and IICA’s Representative, Wilmot Garnett in the institute’s compound. 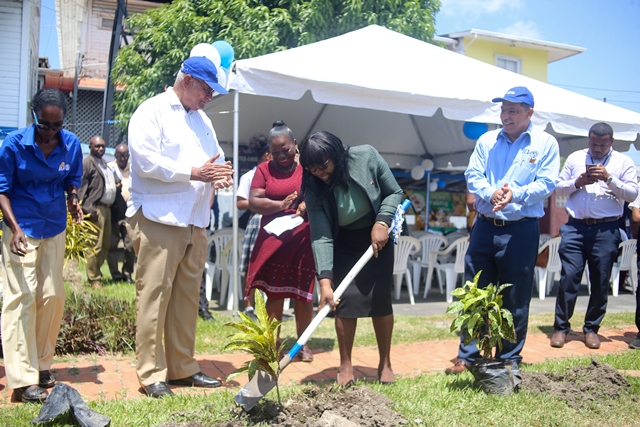 Minister within the Ministry of Public Health, Dr. Karen Cummings plants a tree in the compound of the Inter-American Institute for Cooperation on Agriculture’s (IICA) office.