Guyana imports almost US$1M in spices annually, but the National Agricultural Research and Extension Institute (NAREI) is trying to change this by prioritizing the resuscitation of spices. 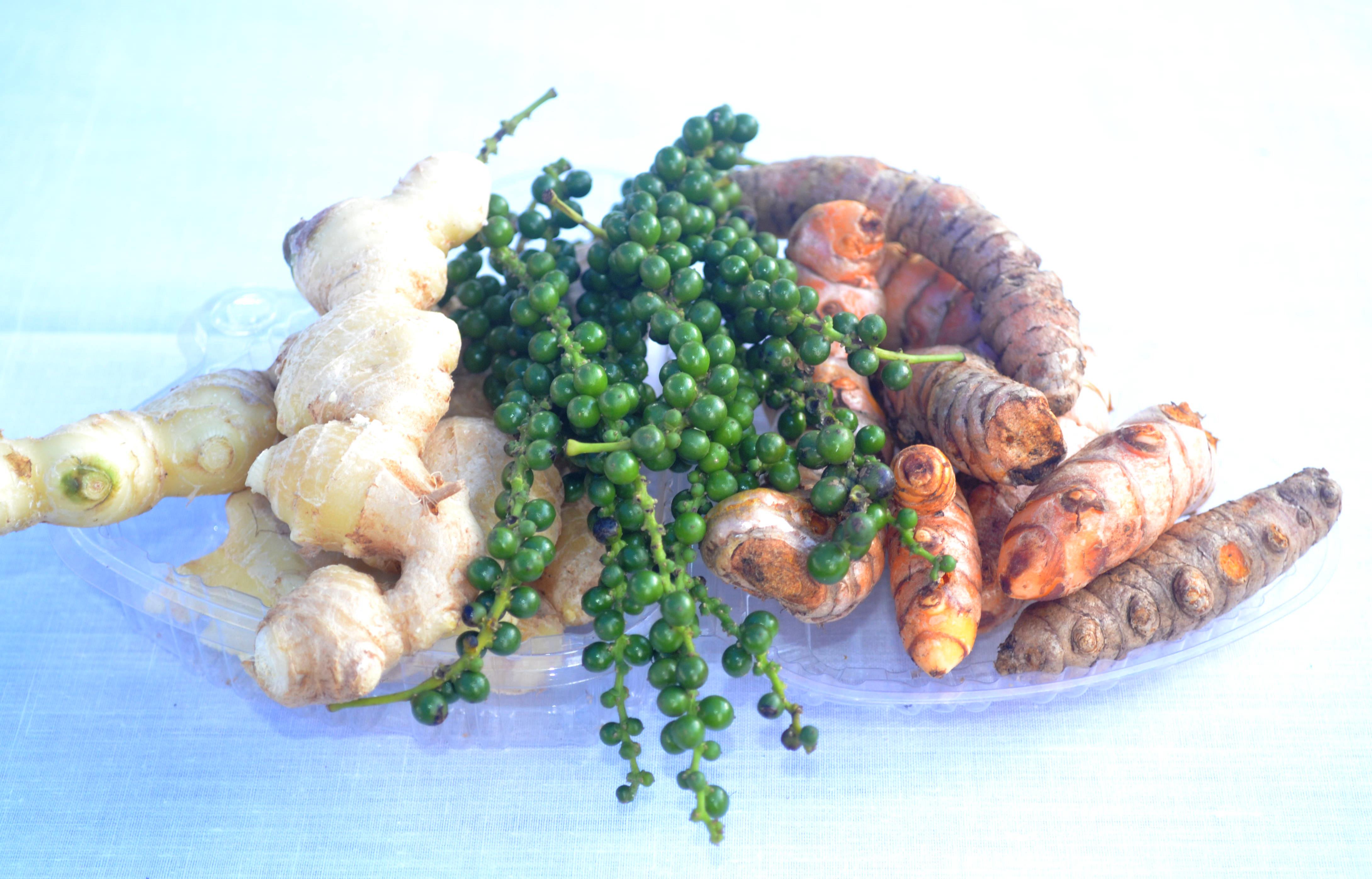 Some raw spices on display the commissioning of the processing factory in Hosororo, Region One

The aim is to reduce the country’s food import bill while diversifying local crop production.

This is according to Dr. Oudho Homenauth, Chief Executive Officer of NAREI, who emphasized that through public awareness, continuous training and the provision of quality planting materials, more acres of various spices are under cultivation.

“Currently, ginger, turmeric, black pepper, and nutmeg are being grown locally in Region One and other areas across the country…Some of the spices that are being imported, particularly ginger and turmeric could be produced competitively locally,” Dr. Homenauth stated.

“There is also a separate product line which carries the repackaged whole spices but is not produced in large quantities due to lower market demand…A total of 20 spices are repackaged,” says Govinda Singh, the company’s Marketing Manager.

The company sources raw materials from Guyanese importers who import spices from India, China, and Sri Lanka. Some are directly sourced in small quantities from the People’s Republic of China.

According to Singh, “raw materials are easily accessible when the prices are low; when there is a scarcity for certain spices, they can be very expensive and inaccessible…For example, recently, there was a scarcity for geerah…It difficult to obtain and not to mention the prices which would have seen a mere two fold increase…Another issue, black pepper prices are ridiculously high, which is grown in Brazil, Sri Lanka and India. Brazilian peppercorn seems to be the cheapest and most accessible.”

He noted that the company has to purchase from overseas because of the unavailability of certain ingredients. Further, some that are being cultivated locally are not refined to the form that is required by the company’s machinery.

Singh related that “ginger and turmeric need to be peeled (enzymatically or chemically) and then dried to remove moisture so that it can be processed by our mills…We are not aware of any processing plants in Guyana that handle this process, hence we are forced to source differently… Fresh ginger is sourced from local farmers in a very small quantity.”

In October 2017, NAREI commissioned its turmeric processing plant at Hosororo, Region One, benefiting communities such as Wauna and Hosororo. To date, the factory has processed 7,341.36kg of fresh turmeric rhizomes. The processed turmeric was sold to Edward B. Beharry, a local company. Farmers collectively earned $969,060.