– encourages research into uses of shrimp waste for other agri. sectors

Guyana’s fisheries sector contributes between US $70M to $80M annually to the economy. However, Guyana’s seafood sector has seen a contraction in exports to the United States with the introduction of new legislations put in place to promote US farm raised shrimp. These interventions have seen many local seafood companies suffering due to the reduced demand for their wild caught products.

Agriculture Minister, Noel Holder recently toured the operations of a number of seafood companies and assured officials there that his ministry is working to acquire additional market opportunities and to ensure that their products are recognised for their quality. 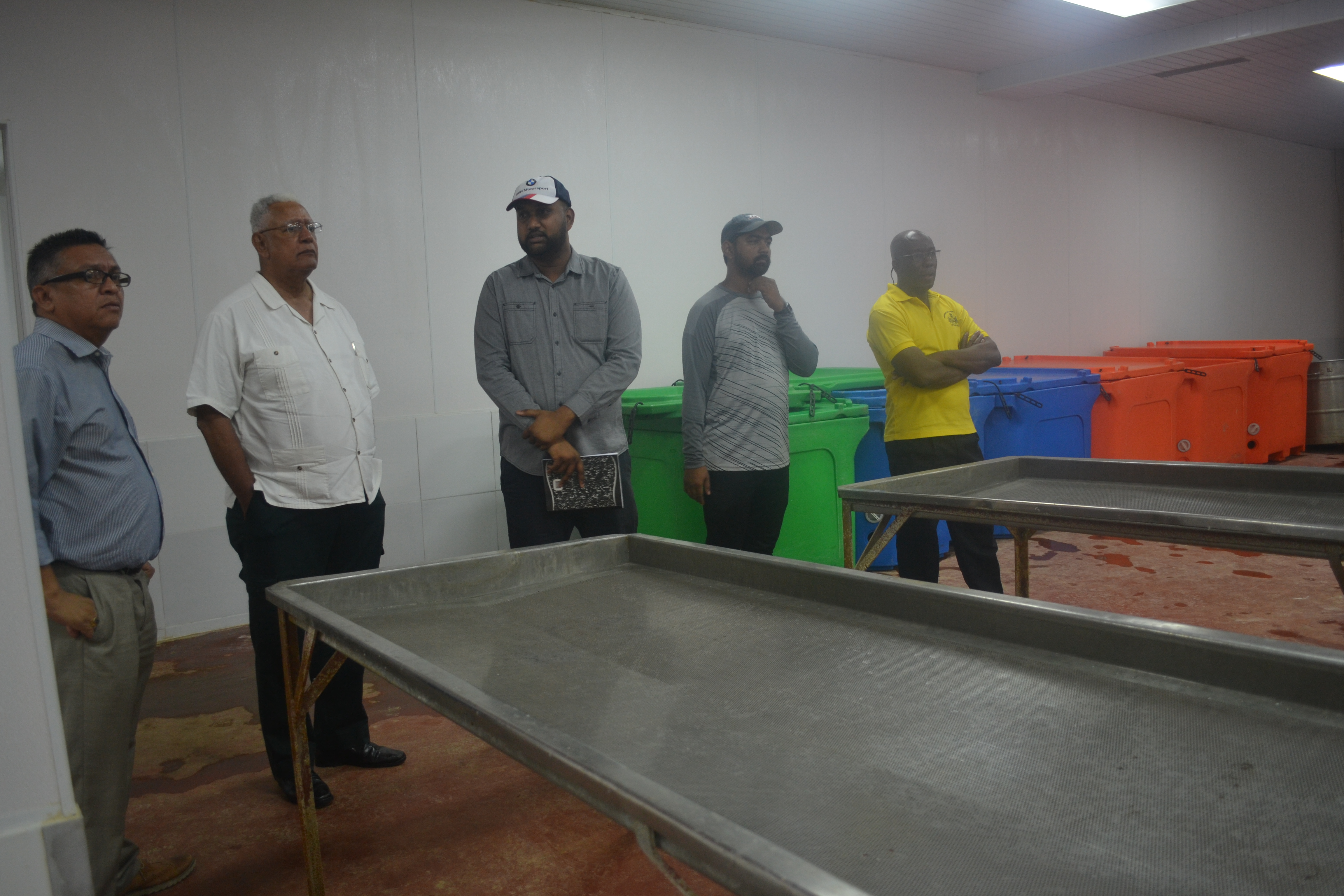 Although it might not be seen as a major difference, present day health conscious individuals are positing that wild caught shrimp has far more health benefits than consuming farm raised shrimp.

Dr. Joseph Mercola, a certified US physician and nutrition specialist, in his newsletter titled ‘The Unsavory Aspects of Farmed Shrimp’ stated that farmed shrimp tends to be far more contaminated than wild-caught shrimp.

In the article, Dr. Mercola explained that farmed shrimp can contain a wide variety of contaminants, including hazardous drugs, chemical residues from cleaning agents, pathogens like Salmonella and E.coli, along with other contaminants like mouse and rat hair.

Another concern relates to chemicals purposefully used on shrimp. In 2009, scientists discovered that 4-hexylresorcinol, a preservative used to prevent discoloration in shrimp and other shellfish, acts as a xenoestrogens and can increase the risk of breast cancer in women and reduce sperm counts in men. Xenoestrogens have been associated to a number of human health effects.

The Ministry of Agriculture, through its Fisheries Department, has been working closely with local seafood organizations to not only develop mechanism to showcase the health benefits and promote the consumption of wild caught shrimp, but to implement traceability policies to ensure our industry is protected. 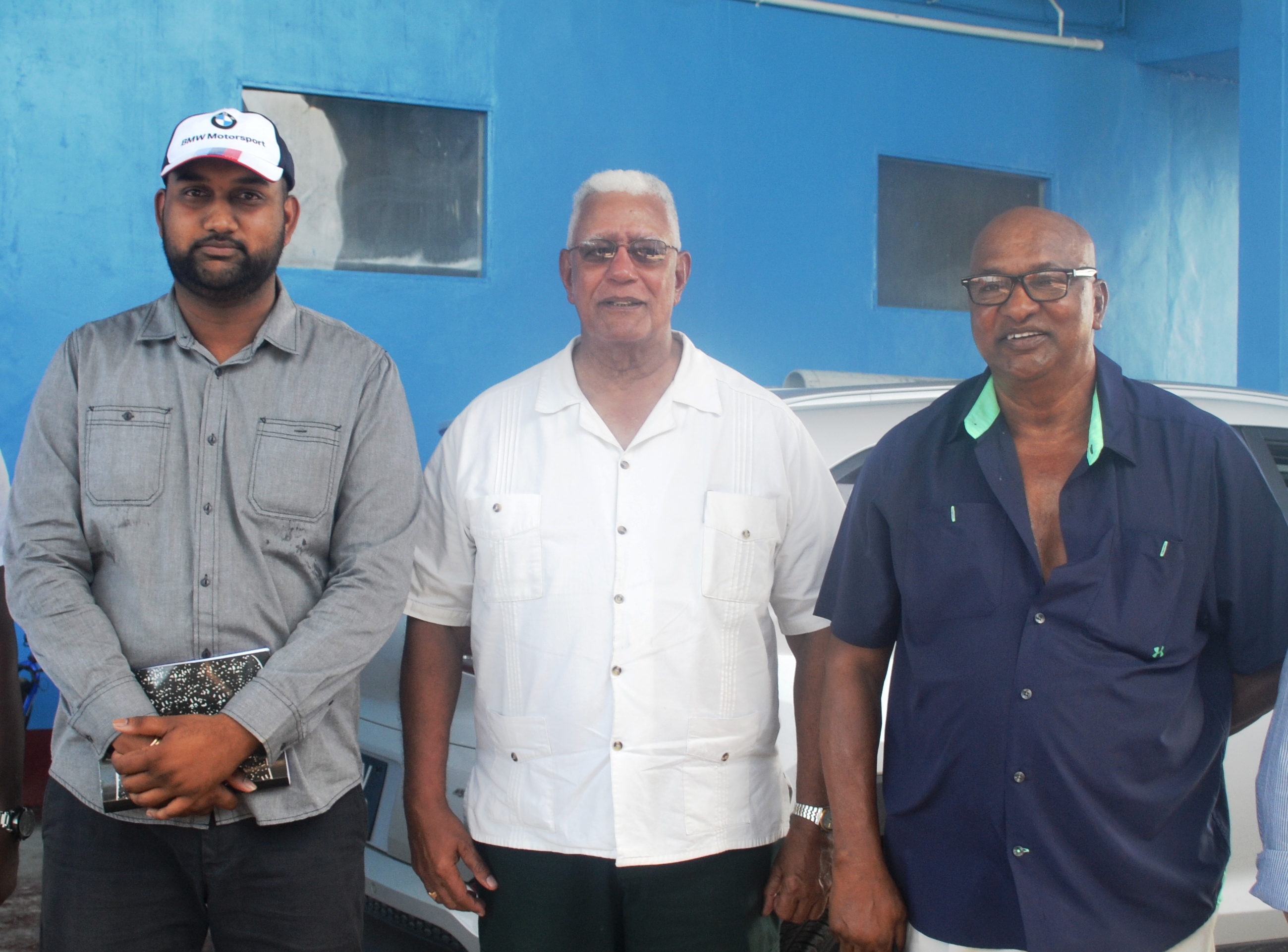 Minister Holder, while in dialogue with seafood officials, stated that he understands how international trade works and urged the suppliers to continue to produce quality products.

“With the information presented to me I understand that international buyers are protecting the interests of their economies and their economic growth. This means that we have to be creative with our delivery of our products. We know the negatives that come with consuming farm raised shrimp. The research is there. We have to be creative and show our consumers the benefits of using wild caught as against using farm raised.” Minister Holder said.

Managing Director of Gopie Investments Inc., Raoul Gopie, said that even though his organization has received a lot of cooperation from the Fisheries Department, the change in the demand for wild caught shrimp in the US has affected his operations.

“My largest clients are in the US. In 2017, we shipped about 70 containers of shrimp to various states. With the new legislations in place to protect US shrimp producers, who I must add are mostly supplying farm raised shrimp, my business has been negatively impacted.” Mr. Gopie said.

Gopie did however indicate that they are in the process of acquiring a license to export to European territories. 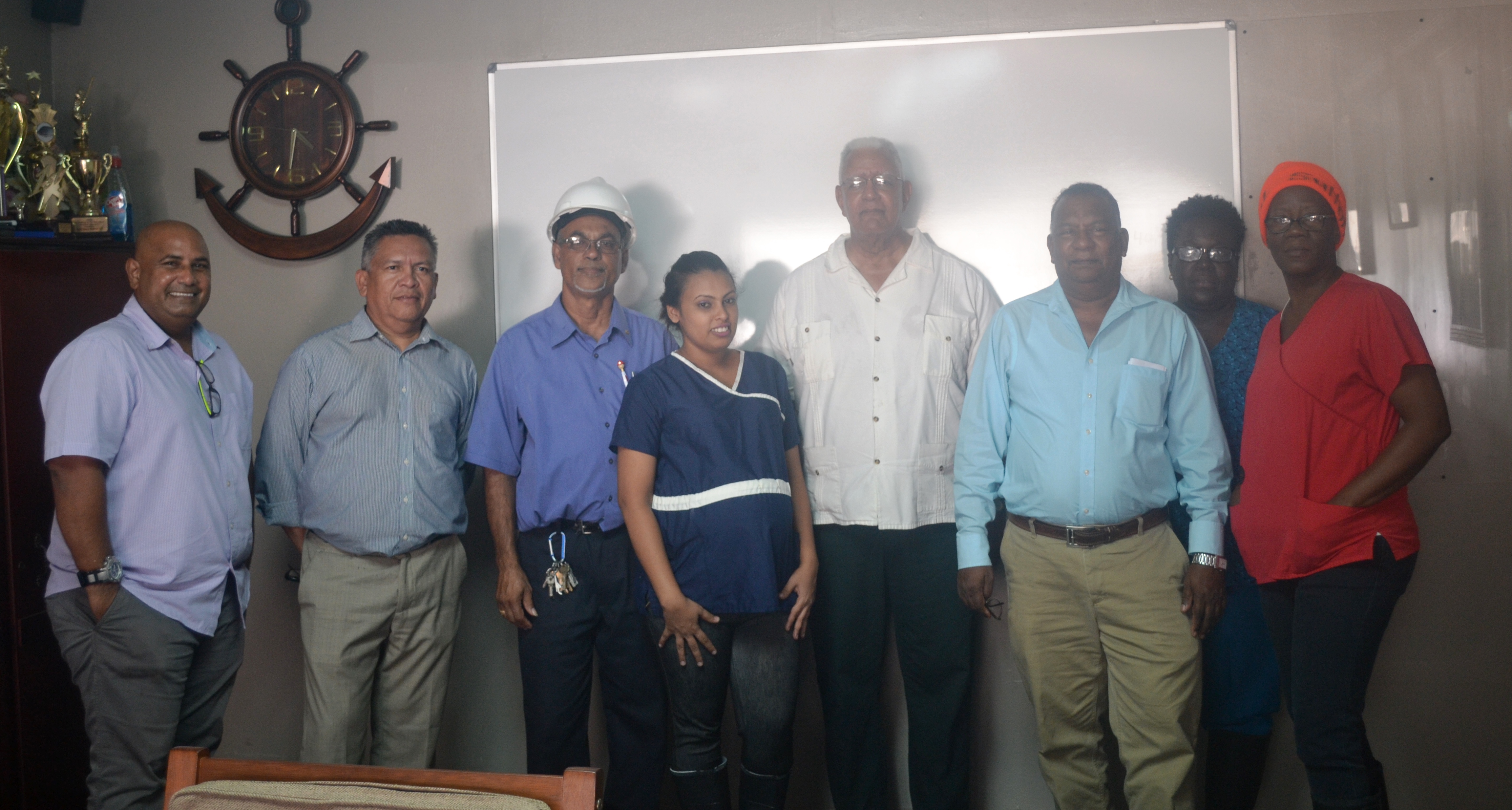 Minister Holder, officials from Noble House Seafood and other Ministry of Agriculture officials

Another major player in the seafood sector in Guyana, Noble House Seafood sighted many challenges with security and stated that measures had to be put in place to reduce the incidences of theft and losses.

Noble House Seafood’s Operations Manager, Richard Jodah stated that they have had instances where employees would sell their produce to smaller fishermen.

“Often times we find out employees are selling portions of the catch to smaller fishermen. Even with the installation of security systems, although this has been reduced, it still remains a problem. We need measures put in place to mandate these ‘road side’ seafood venders to say where they are getting these amounts and quality of produce from, because we know they do not have the vessels to go out and catch these fish and shrimp themselves.” Mr. Jodah said.

Minister Holder noted that his ministry is currently working with sister agencies to ensure the Food Safety Bill is passed. He stated that with this legislation in place, traceability and accountability within the sector will be improved.

In Guyana, seafood organisations are reporting that over 3000lbs of shrimp waste is disposed of daily. While they have all managed to find environmentally friendly means of disposing of these materials, studies suggest that shrimp waste can be transformed and reintegrated into other sectors of agriculture.

Shells harbour useful chemicals such as protein, calcium carbonate and chitin, a polymer similar to cellulose, but which contains nitrogen. The potential value of such shells for the chemical industry is being overlooked. Internationally, scientists are working to develop sustainable ways to refine crustacean shells. As such, governments and industries are encouraged to invest in using this abundant and cheap renewable resource.

Mr. Gopie spoke about the scientific make-up of shrimp waste and the great nutritional value it has if processed and added into agricultural practices.

“Shrimp shells are rich in chitin the second most abundant natural biopolymer on Earth. Unlike most other forms of biomass such as cellulose, chitin contains nitrogen compounds which are widely used in the pharmaceutical industry, carbon dioxide fixation, textiles and beyond and are crucial for modern life.” Mr. Gopie said.

In Australia, dried shrimp shells are valued at a mere US $100–120 per tonne. These shells can be ground down and the powder used as an animal-feed supplement, bait or fertilizer.

Minister Holder said that shrimp waste is rich in protein which is a key component in the minerals added to cattle feed in the livestock industry.

“We need to look into using shrimp meal as animal feed as part of waste management in the shrimp industry. Shrimp powder can be produced by sun exposure or drying. The raw materials can also be boiled or steamed before drying. Shrimp meal has also been seen as a livestock feed for dairy value with no adverse effects on milk quality.” Minister Holder said.

The Fisheries Department will soon be collaborating with the National Agriculture Research and Extension Institute (NAREI) for further research in the conversion of shrimp waste into value added agricultural commodities and integrate it into the value chain.