NDIA expends over GY $581,000,000 to improve drainage along the ECD – as Agri. Ministry intensifies flood prevention efforts in preparation of May/June rainy season.

The Ministry of Agriculture, through the National Drainage and Irrigation Authority (NDIA) and the Agriculture Sector Development Unit (ASDU), has heightened its flood prevention efforts in preparation for the upcoming May/June rainy season.

These efforts are being achieved through the construction and instillation of several drainage and irrigation structures in low-lying areas along Guyana’s coast. These areas are known to be prone to flooding but were neglected over the years.

Pump Stations are being strategically constructed on the East Coast of Demerara at Lusignan, Friendship/ Vigilance, Buxton, Enmore and a sluice at Triumph is being reconstructed.

The ASDU is responsible for facilitating the construction of the three pump stations located at Lusignan, Friendship/Vigilance and Enmore. This project is being funded by the World Bank at a cost of GY $1,407,345,410. It also includes the rehabilitation of 4 kilometres of the dam from the Hope intake structure to the Enmore intake structure.

Agriculture Minister, Noel Holder, in an invited comment indicated that government is in the process of improving the country’s overall drainage capacity, especially in communities that have been without proper drainage and irrigation for decades.

“With the effects of climate change globally resulting in rising sea levels, more pumps are needed along Guyana’s coast to increase our drainage capacity. With this in mind, the ministry through the ASDU and the NDIA are in the process of constructing several structures that will significantly improve the lives of farmers and residents along the entire coast. Construction of these structures fall under the ministry’s flood risk management efforts that involves a series of works of this nature being undertaken within the next two years.” Minister Holder said.

During the site visit, Minister Holder urged the engineers to keep in mind the approaching rainy season and to ensure that works are on schedule.

The NDIA has also expended GY $581,644,662 for the construction and rehabilitation of drainage and irrigation structures at Buxton and Triumph, ECD.

CEO of NDIA, Fredrick Flatts indicated that the old sluice at Triumph had shown signs of structural failure and that it was underutilized due to those defects.

“The sluice at Triumph is part of a high level discharge basin and operates in tandem with the Triumph Pump Station. That pump station currently aids in providing drainage to approximately 300 hectares of land. The state of the basin resulted in a reduction of the storage and operating capacity of the drainage network.” Mr. Flatts said.

He further stated that the design of these new structures is expected to be more effective as it relates to their drainage and irrigation capacity.

A section of the drainage structure at the Lusignan Pump Station 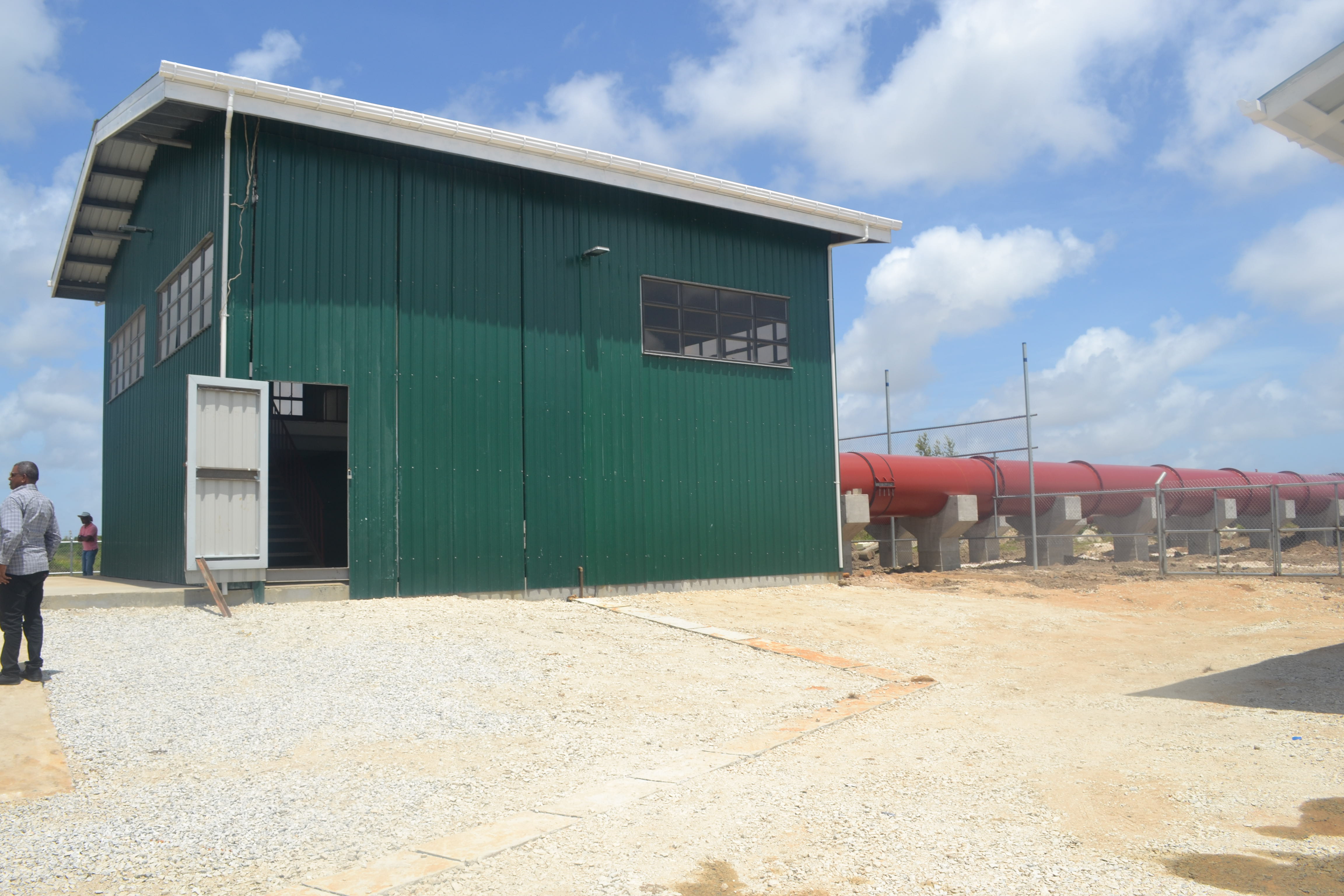 A section of the Lusignan Pump Station 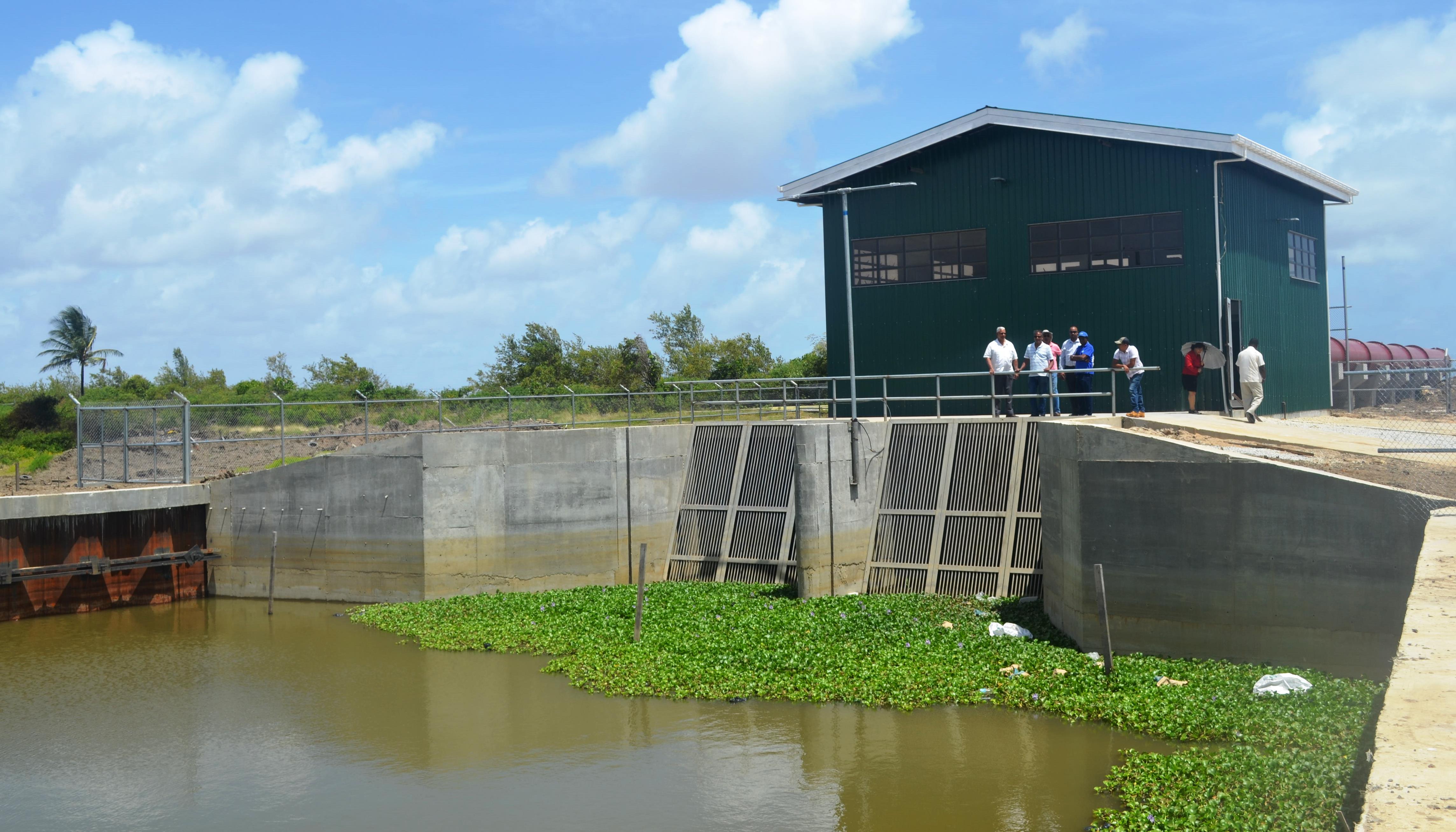 A section of the Pump Station at Lusignan, ECD

Access bridge to Lusignan Pump Station that was also included in the project. 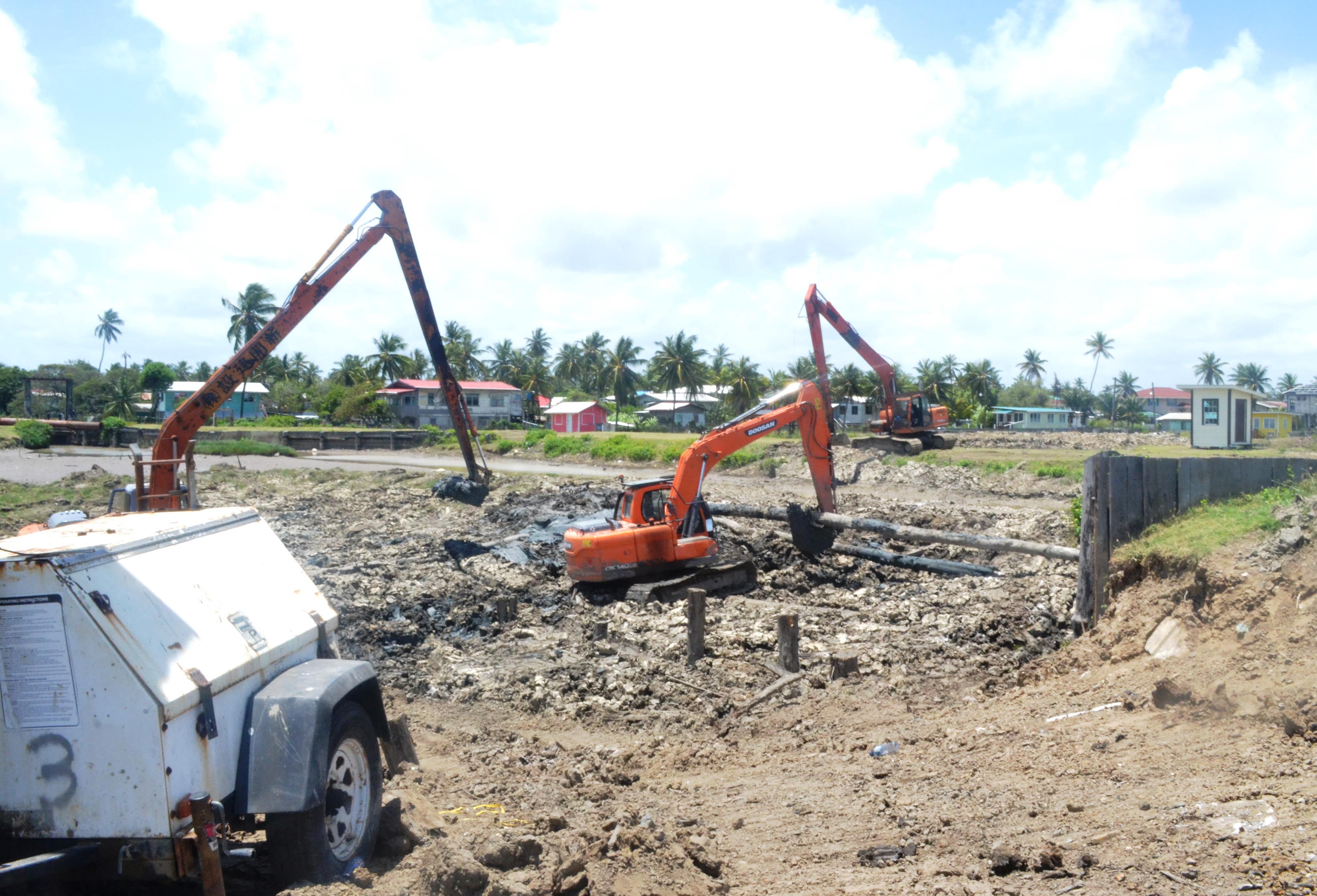 Machines at work at the Buxton Pump Station site, ECD 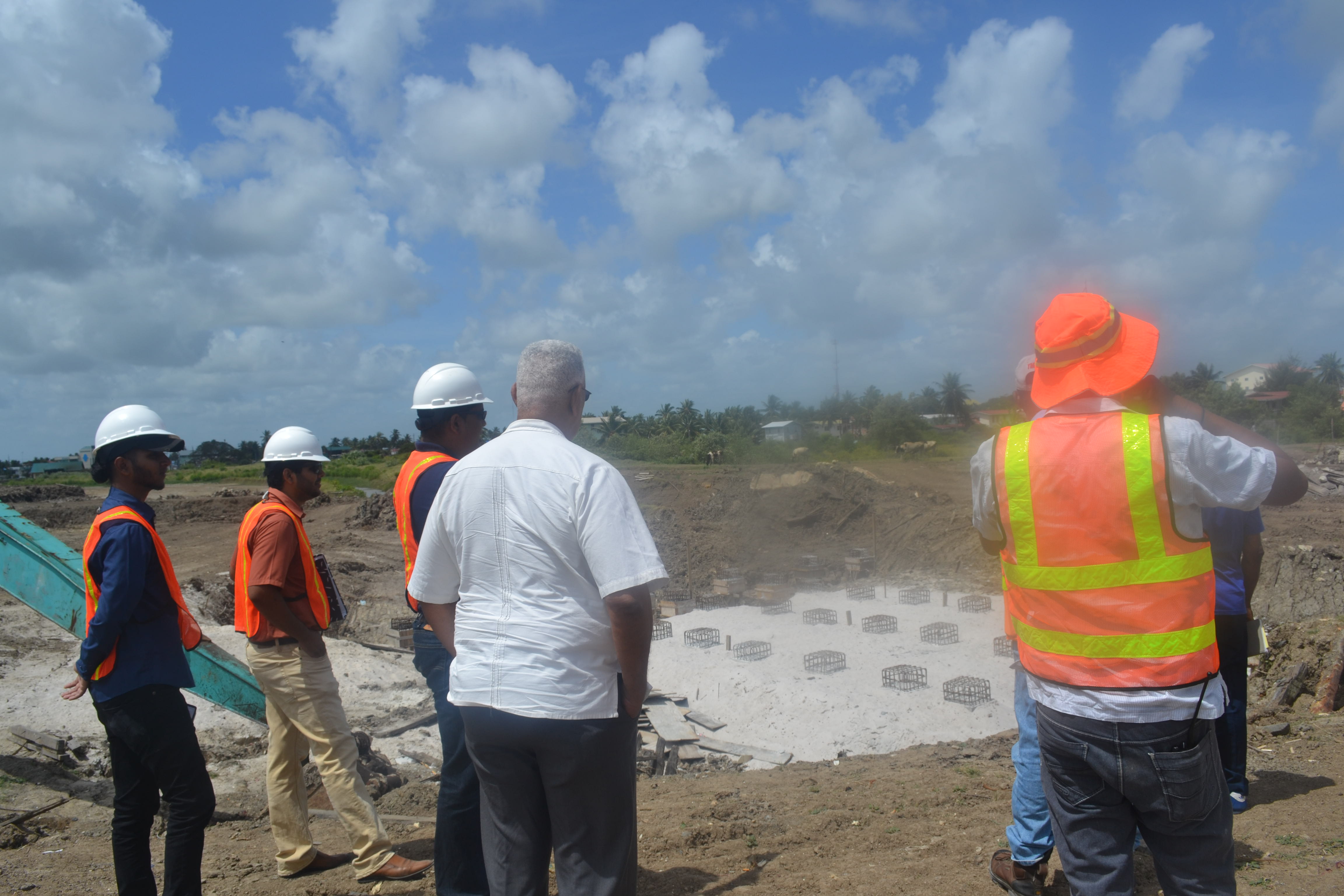 Minister Holder and engineers from Innovative Engineering Consultancy Services during a site visit to the sluice being constructed at Triumph, ECD. 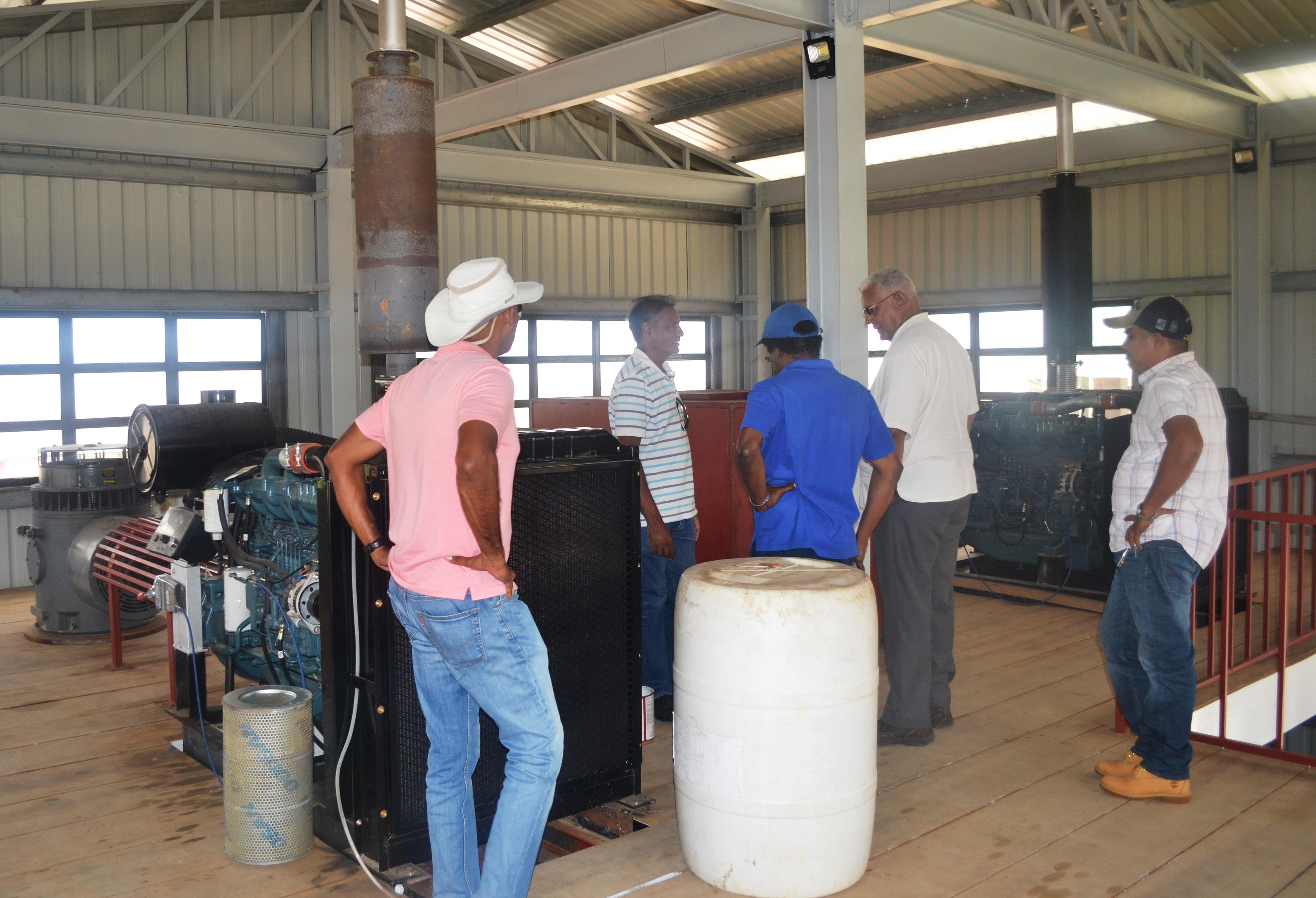 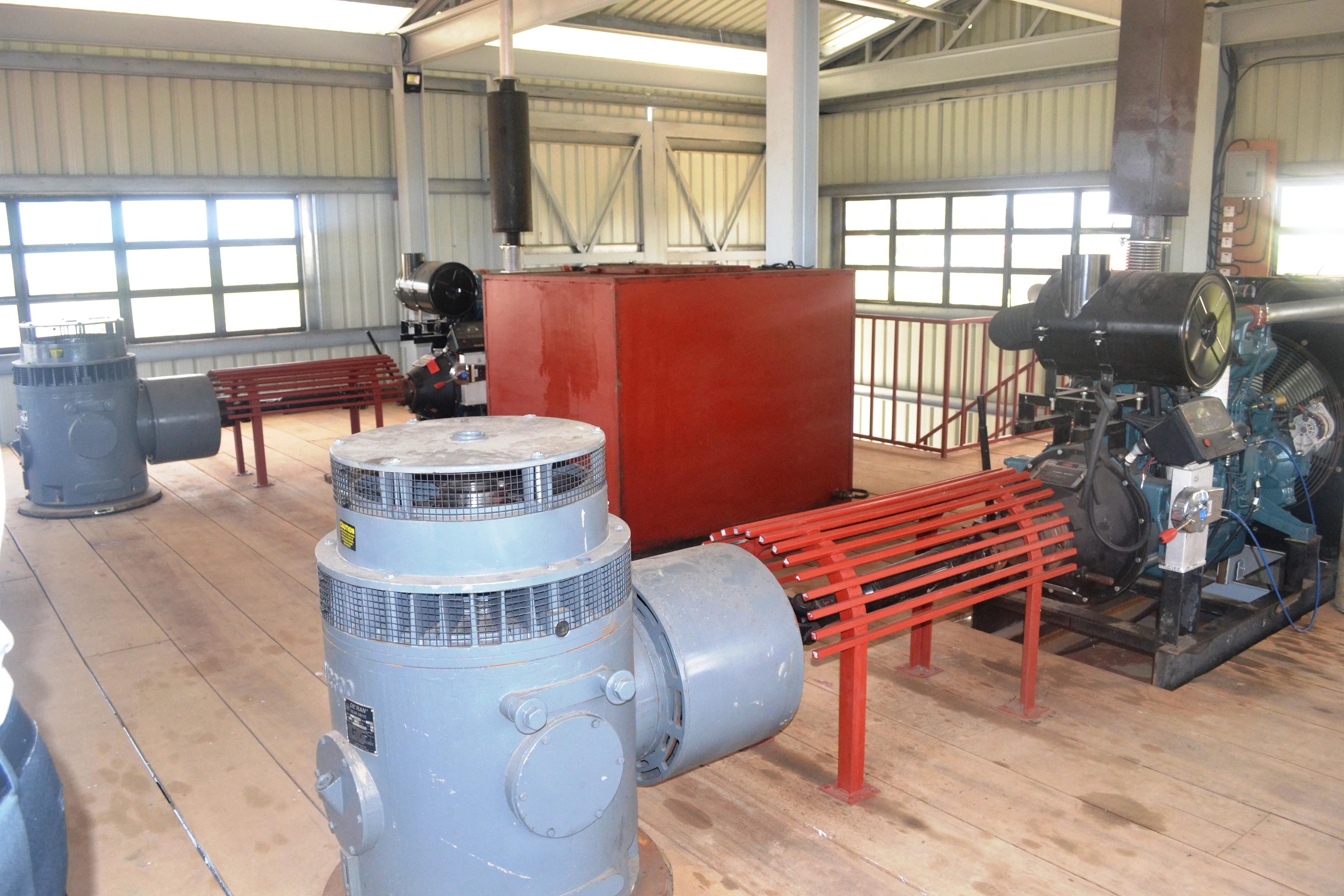 The two pumps installed at the Lusignan Pump Station