The Ministry of Agriculture’s Hydromet Officer has issued a call for residents to conserve water as Guyana’s begins the transition into the Secondary Dry Season. Chief Hydromet Officer (ag.), Dr. Garvin Cummings has stated that while the Met office will be closely monitoring the situation and will be providing an update on a regular basis, it is necessary for residents, especially farmers to conserve water during this period. 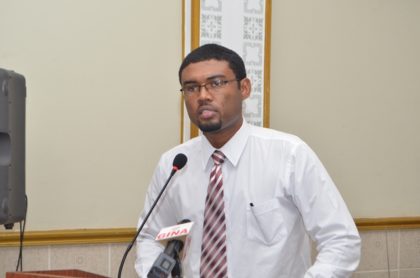 The transition commenced over the last two week over the northern part of the country which according to the Hydromet department is expected to conclude at the end of April 2018. For the Southern part of Guyana, the Chief Hydromet Officer (ag.) has advised that some relief will be seen by mid-April.

In addition to this, the Department has also issued Seasonal Climate Outlook model for May which suggests slightly wetter than usual conditions in Regions 6 (Northern), Regions 8 (Southern) and Region 9 (Northern). The rest of Guyana is expected to see normal conditions.

During the dry season, rainfall is still possible but with smaller quantities than would be experienced in a wet season. The absence of rainfall does not indicate a drought situation, but rather, periods of dry spells that can reduce the availability of freshwater resources.

As such, the Hydromet Department is advising farmers to carry out water conservation exercises such as mulching, and irrigating in the early morning or evening hours. Also, the use of water troughs where possible to provide water for livestock in dry periods is recommended.

In addition, rainwater harvesting should also be practiced during periods of downpours, since the probability of dry spells will increase during the season.

The Hydrometeorological Service will provide updates to its seasonal forecast as new information becomes available. For short-term forecasts and weather analyses, the Hydromet Department’s National Weather Water Center can be contacted on 261-2284/261-2216.