Chief Executive Officer of the National Drainage and Irrigation Authority (NDIA), Frederick Flatts says some systems are already in place for the agency to assume control of the maintenance of drainage and irrigation canals previously controlled by the now reorganized Guyana Sugar Corporation (GuySuCo). 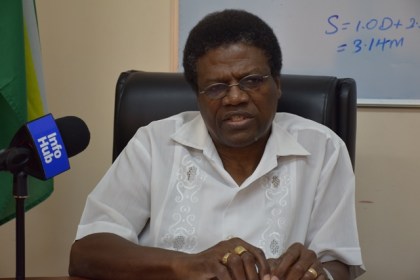 “We have received some additional money to carry out those works. So, we have had discussions with GuySuCo to that end, and shortly NDIA will take over that responsibility,” Flatts told the Department of Public Information (DPI) in a recent interview.

Additionally, Flatts said the NDIA will strive to have a smooth transition of workers from GuySuCo to the agency. The CEO also said there is not likely to be any redundancy of workers from this take-over.

“We will ask GuySuCo to carry out the works and GuySuCo will decide what they do. It is expected they will have the same staff. The way we discussed with GuySuCo is that at least for the first, we will have to depend upon them [GuySuCO] to assist. For example, with the pump stations, we do not want to go there and remove all the men and take new men. So, virtually we would have the same people. It makes sense to continue to use the people who were employed by GuySuCo and I suspect it is the same thing which will happen with the drains the canals, the structures,” the CEO explained.

The Guyana Sugar Corporation (GuySuCo) throughout its years of operation has played a strategic role in the maintenance of drainage and irrigation canals linking several communities across the coastlands of Guyana. With its reorganisation, many were concerned about these canals being left to become clogged and dysfunctional, increasing the threat of floods when it rains heavily or drought which has the potential to destroy farmers’ produce during the dry season.