The first rice crop for 2018 is expected to be a bountiful one according to General manager of the Guyana Rice Development Board (GRDB), Nizam Hassan.

At an outreach with farmers of Blackbush/Mibikuri, in Region Six (East Berbice-Corentyne), Hassan said the expected increase in rice production is as a result of farmers’ positively responding to the increased demands for Guyana’s rice and rice products internationally. 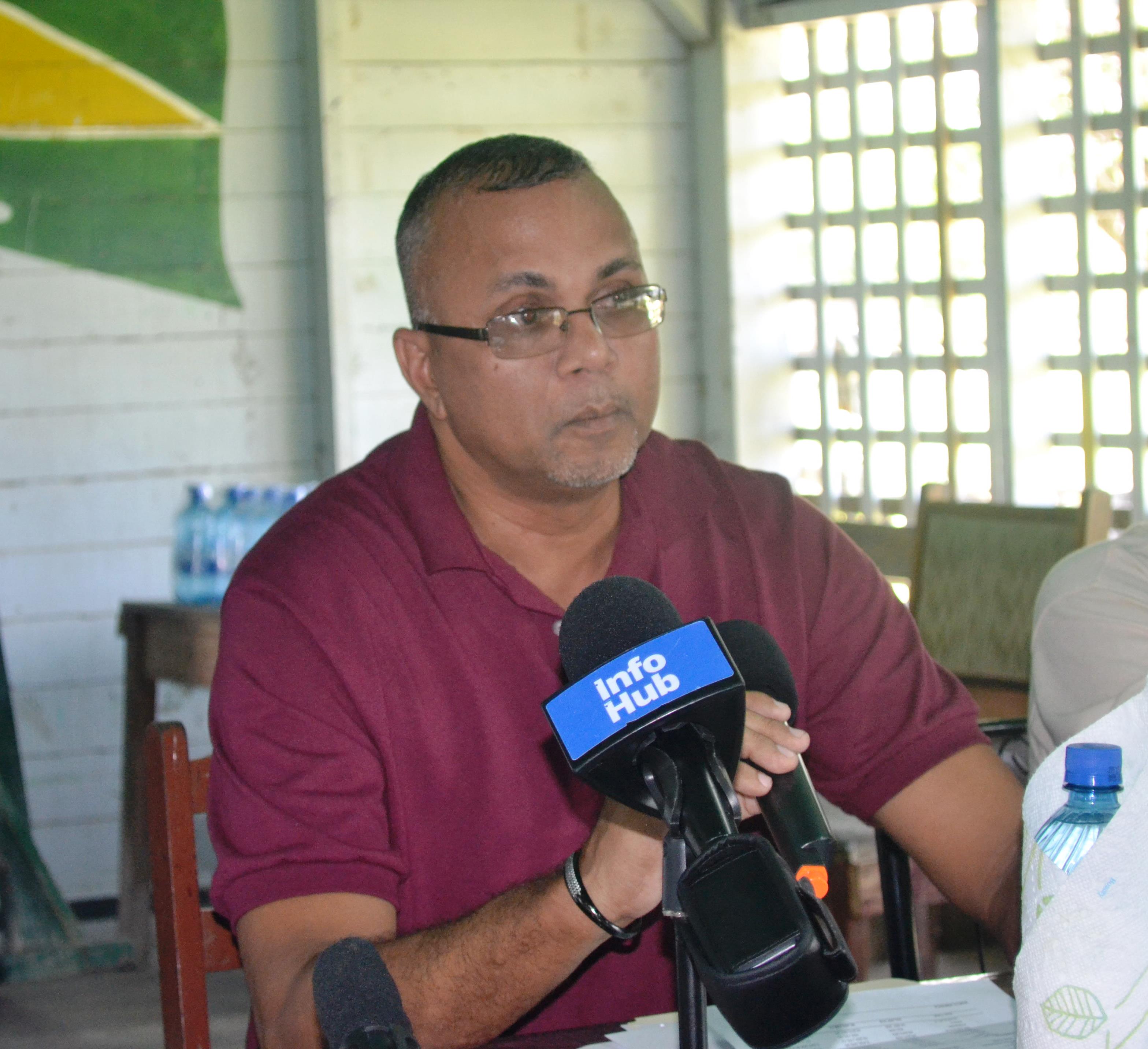 “We have seen increases in production and based on the data provided to me for sowing for the first crop of 2018, we expect that it is going to be a very big crop, if not the highest in terms of production,” Hassan said.

Additionally, Hassan said the increased production is a result of collaborative work among several stakeholders of the rice industry. 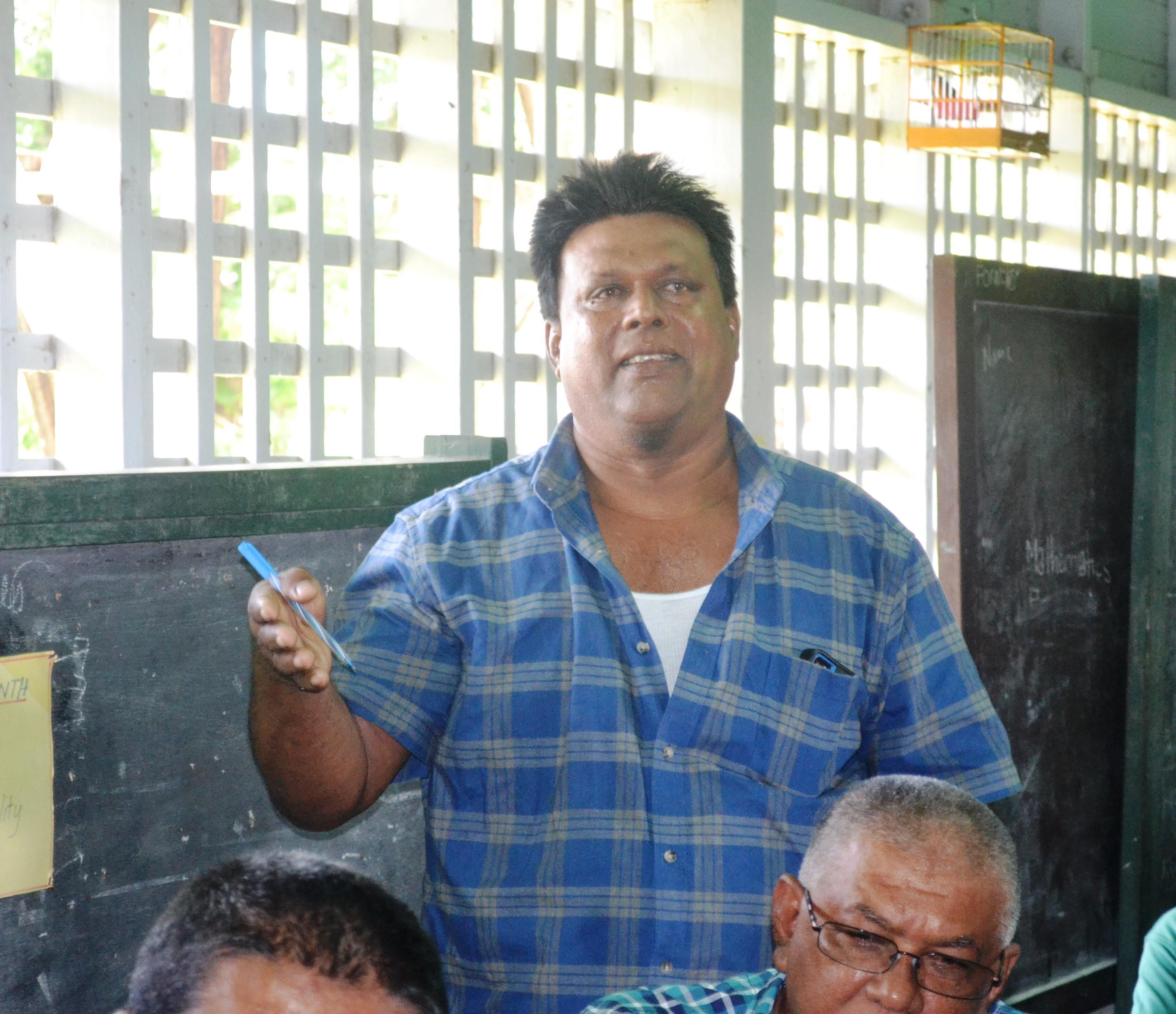 One of the farmers making a point at the Ministry of Agriculture outreach at Black Bush / Mibikuri, Region Six.

“This is because of the responses that you and your colleague farmers have been putting towards the demand of the market and the various services provided by all the stakeholders. The GRDB and its extension and research staff, the quality control efforts of the GRDB, as well as the private sector in terms of the millers and the input suppliers. So, this augurs very well for our responses; your responses, as well as Guyana’s responses, to addressing the demands of the market and this augurs well,” Hassan told those present. 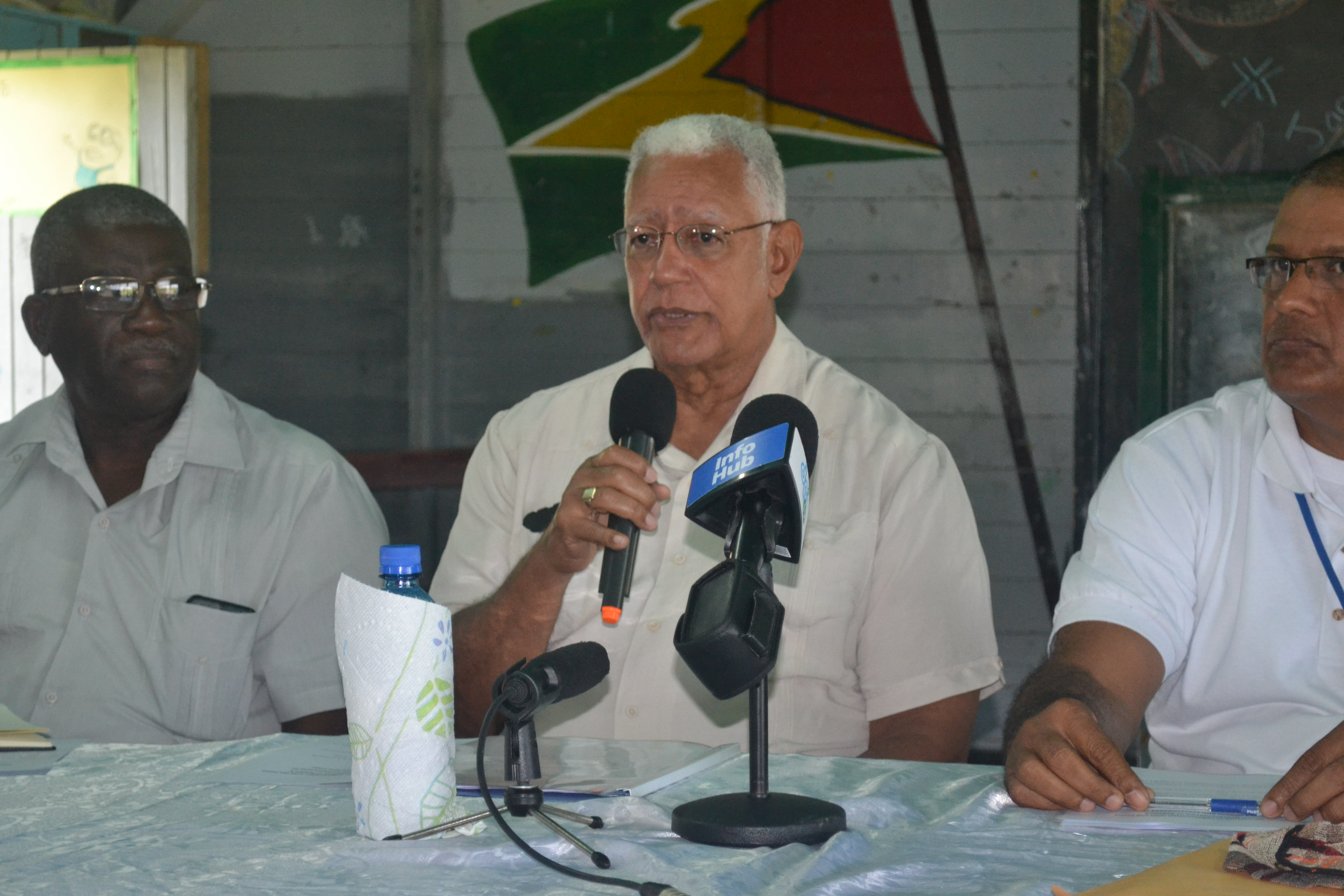 While pledging government’s continued support, Minister of Agriculture Noel Holder, encouraged farmers of Blackbush/Mibikuri to utilise “every inch” of coastal land to expand rice production since there are now market demands that have to be met.

Meanwhile, stakeholders were informed of the 14 new pumps from India that will soon be installed, to aid in drainage and irrigation in rice-producing areas.

The outreach was organized by representative to the Prime Minister in Region Six, Gobin Harbhajan.