Minister of Agriculture Noel Holder today said Climate Change adaptation is of urgent concern to Guyana and the Caribbean region and called for more preparedness to counter the effects of increased disasters, resulting from predicted growing changes and variability in climate. 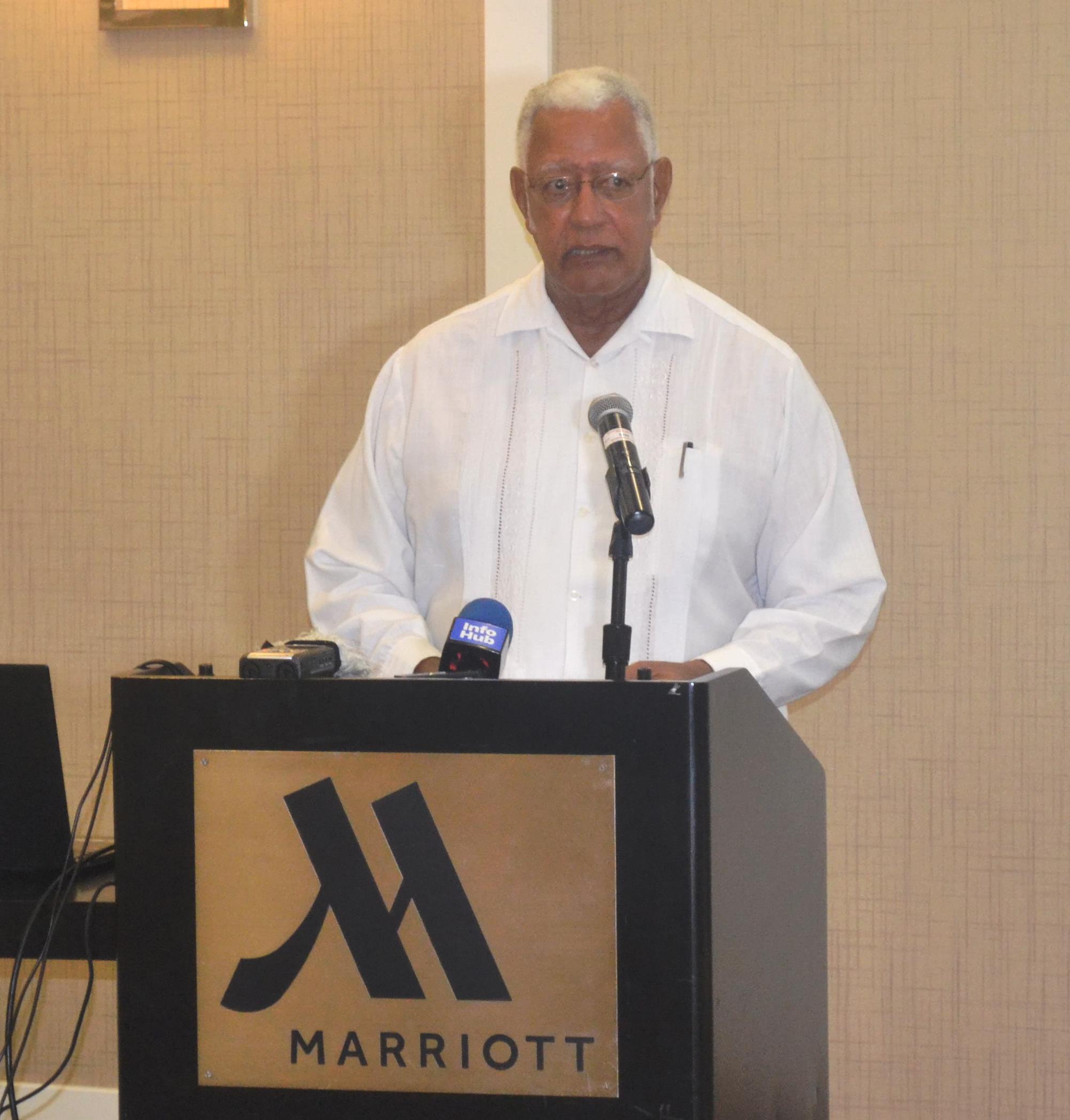 Delivering brief remarks to the 2017 Dry-season Caribbean Climate Outlook Forum (CariCof), at the Guyana Marriott earlier today.  Minister Holder said, “Climate Change Adaptation and Disaster Risk Reduction integration is a pressing concern for Guyana, like other countries. Natural disasters occur frequently in our part of the world. Therefore, it is imperative that activities are carried out to improve early warning capabilities, but also other phases of disaster management such as Preparedness, Awareness, Response, Recovery, and Mitigation.” 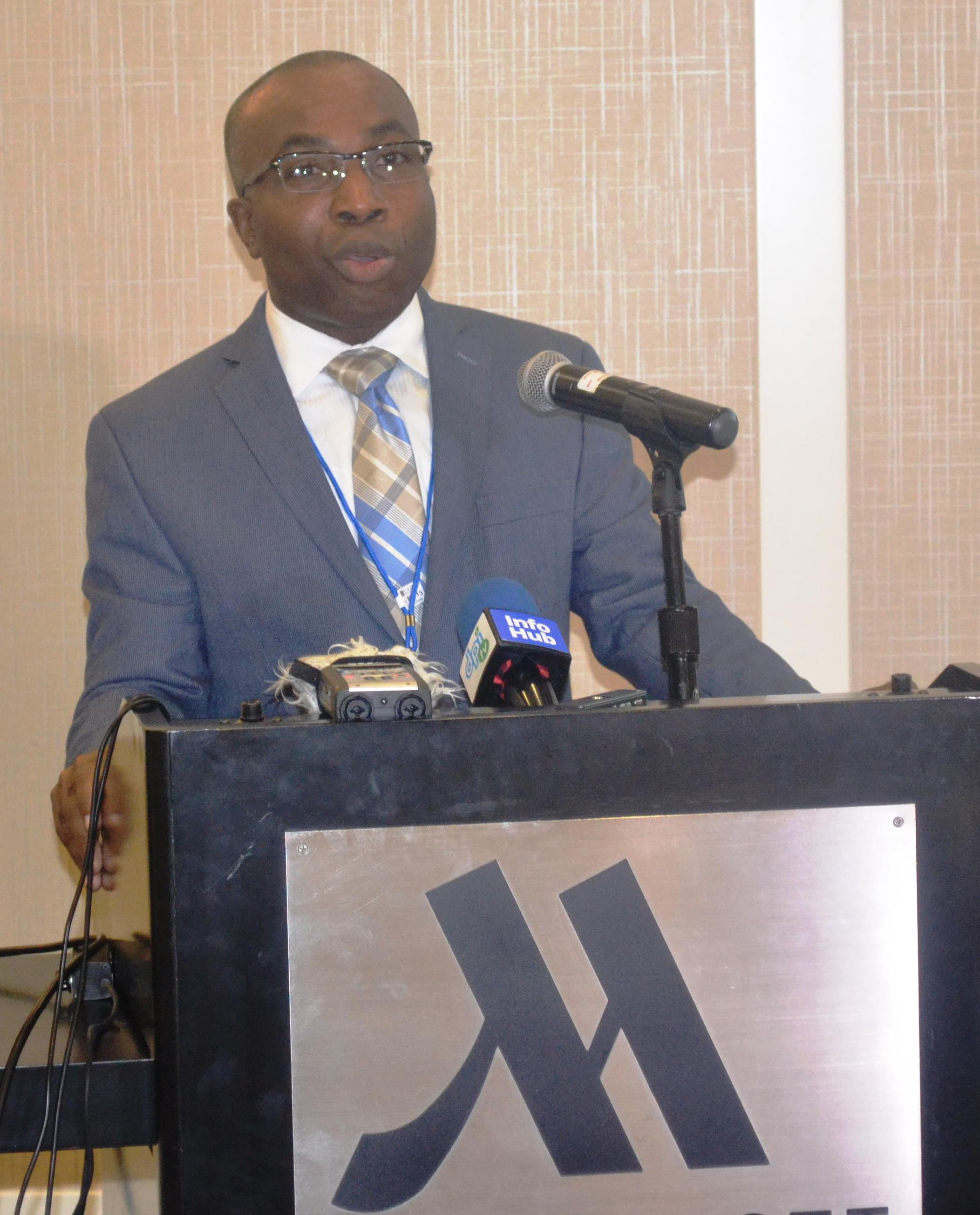 Meanwhile, Dr. Yves Personna, Project Manager for the African Caribbean Pacific-European Union-Caribbean Development Bank Natural Disaster Risk Management (ACP-EU-CDB NDRM) in CARIFORUM Countries Programme, says the socio-economic loss to the region through disasters has been tremendous and must be mitigated.

“For the period of 1950-2014, the total damage resulting from tropical storms and hurricanes was estimated at US$52 billion for 148 disasters, that means USD 352 million on average per disaster”.

Further, Dr. Personna said, “Climate variability and change is predicted to increase the intensity of those events, and consequently inflicts more significant negative impacts on the Caribbean, particularly on climate-sensitive sectors such as tourism, agriculture, and water.”

CariCof is a twice-yearly gathering of regional climatologists and stakeholders for the presentation of the climate outlook report for the next weather cycle. 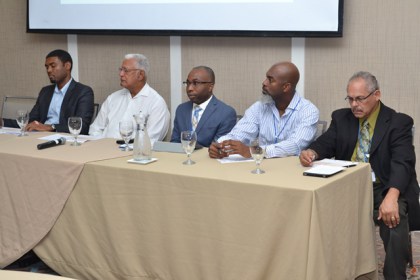 Minister Holder and other stakeholders at the head table at the CariCof stakeholders held at the Marriott today.

The Caribbean Development Bank (CDB) as one of its main partners has for the period of 2012-2016, provided climate finance resources totalling approximately US$304 million including US$130 million in concessional loans, US$89 million in grants, and US$85 million in loans.

Since the approval of CDB’s Climate Resilience Strategy 2012-2017, 58 percent of CDB projects have included either Climate Change adaptation or mitigation elements in climate-sensitive sectors such as water, education, agriculture and physical infrastructure. In 2015, Climate financing represented 13 percent of total CDB project financing. In 2016, CDB approved US$50 million for projects with explicit climate resilience and sustainable energy actions. In 2017, CDB provided US$10 million in technical assistance to build technical capacity and support climate-resilience initiatives at the national and regional levels.

In an effort to enhance the Caribbean’s resilience to hydro-meteorological and climatic events, CDB has also been working collaboratively with national and regional organisations such as the Caribbean Institute for Meteorology and Hydrology (CIMH) through various programmes to improve weather and climate forecasting, and develop climate products and services tailored to the needs of end-users in all climate-sensitive sectors. 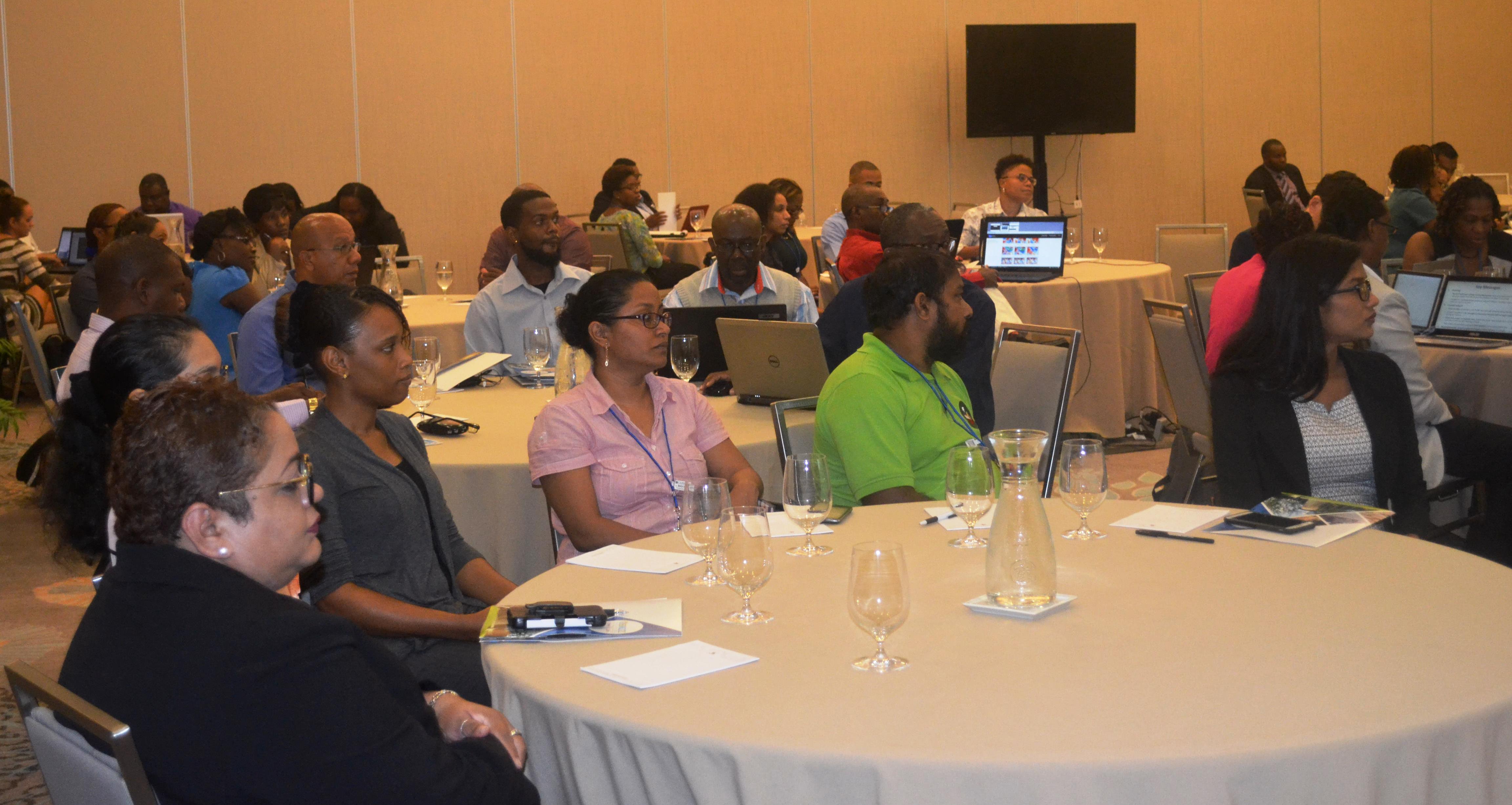 CDB has partnered with CIMH to support this CARICOF meeting to facilitate the exchange of knowledge and information on development and delivery of climate services to the water and agriculture sectors.