Re-organised Hope Estate to be used as a demonstration farm

Minister of Agriculture, Noel Holder said the recently reorganised Hope Estate will be used as a demonstration farm.

During a sightseeing visit to the estate today, Minister Holder told the Department of Public Information (DPI) that the estate, now named Hope Coconut Industries Limited, is to be a major contributor to the resuscitation of the local coconut industry. 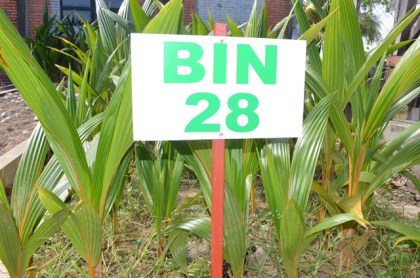 “Hope Estate was traditionally a coconut estate and now with the revival of interest in the coconut industry, Hope is coming back and is where we are producing most of the coconuts seedlings fifty thousand per year currently, we are aiming for one hundred thousand per year,” Minister Holder said.

In addition, the Minister said that with the development of additional lands the estate will serve as a demonstration farm.

“The plans for that area is to have it as a demonstration site; demonstrating how good agricultural practices can be employed in the industry and also later on putting up a demonstration factory producing various items such coconut oil, coconut sugar and other such things,” the minister added.

Further, the Minister said he is pleased with the turnaround of the agency which was once plagued with low productivity and bankruptcy under the previous administration and now has a new Board of Directors and Manager. 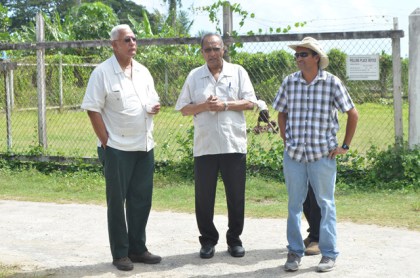 Minister Noel Holder with Hope Estate Manager Ricky Roopchand and Chairman of the Board of Director Cecil Seepersaud.

“Hope was sort of disorganized it was used under the previous administration firstly to give lands at peppercorn rentals to farmers many of them absentee landlords subletting or renting to other farmers which is illegal. All of that has been straightened out under this administration… the bonafide farmers land rents are more realistic and I think generally things are looking up at the estate.”

Minister Holder says it is hoped that the estate will be self-sustaining within the next year.

Among the areas for development, farmers are benefiting from the construction of the farm-to-market road which resulted from a direct request made to the Minister of Agriculture by the farmers on the basis that it will significantly boost their livelihood.

The Hope Coconut Estate has expanded its Coconut Nursery with the aim of resuscitating the industry. 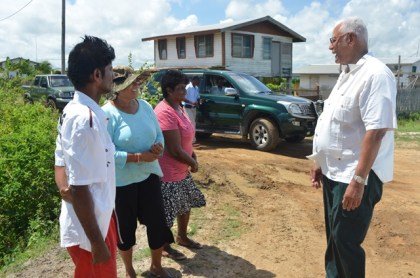 Minister Noel Holder chats with residents on his recent visit to Hope Estate.