Region ten has been touted as being vital to the agricultural development and diversification of Guyana and the Caribbean, by President David Granger, as he addressed attendees at the World Food Day exhibition and food expo.

Describing the Upper Demerara – Berbice Region as bigger than Jamaica, occupying 12% of the country’s free space, and good for agricultural development, the president said, “a healthy Region Ten is part of the aim for a healthy Guyana.” 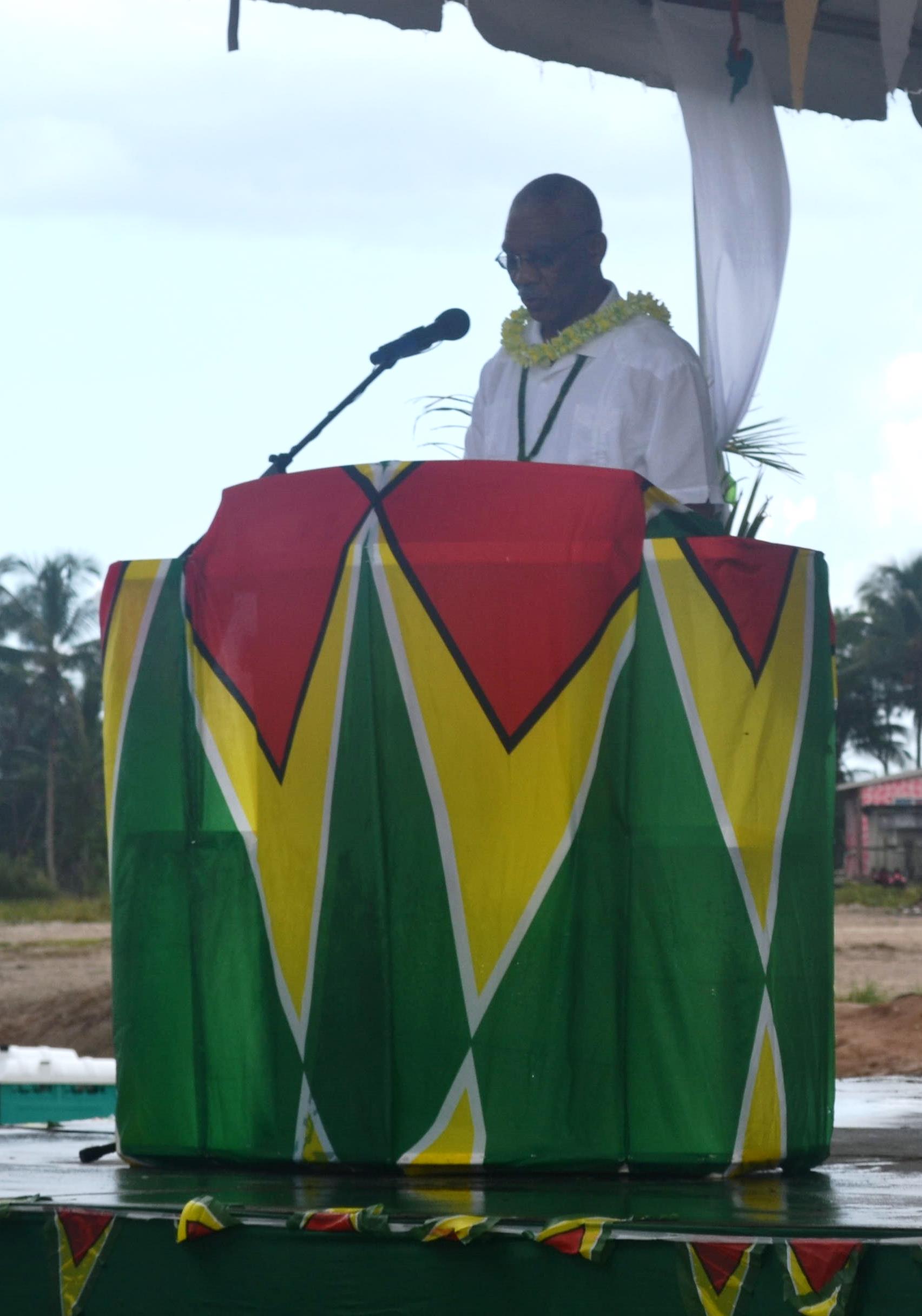 In addition, the Head of State said the region is critical in the quest for food security of Guyana and the Caribbean because of its various types of land formations.  “Most important, Region 10 is essential to the agricultural development of this country, but diversification and what I call ‘agro’ industrialization. Linden and Region Ten as a whole can help to provide what is on the Cuffy Dollar, food for all,” President Granger said referring to the imprint on a coin minted some forty-seven years ago.

Further, recalling the damage and consequent food shortages inflicted on several Caribbean countries by recent hurricanes, the President reiterated that environmental changes must not be ignored since extreme weather and climatic change will affect food production eventually. “Don’t believe that because right now we are food secure it will last forever, there has to be more environmental consciousness within the Region.”

Referencing the current state of world hunger – one in nine persons go to bed without a meal – President Granger explained that Guyana is fortunate to be able to produce sufficient meat and cereals from rice and vegetables. He, however, admitted that access is uneven because of other problems which must be dealt with. “We must have more investment in agriculture and agricultural production; we have to invest,” the head of state emphasised.

Recognising that the Caribbean Region has an annual food import bill in excess of US $4B, the President encouraged Lindeners to not only produce to ensure its own self-sufficiency, but rather to capitalise on the opportunities which exist for food export to the Caribbean. “Much of that food can be produced in Guyana and it is for places like Region Ten to take a step forward to increase its production to get a bite of that big food import bill. It is arrogance that people can come long distances to sell food that you can produce right here. Foreigners are coming and getting rich, you could invest in agriculture production and do just as well or even better.” 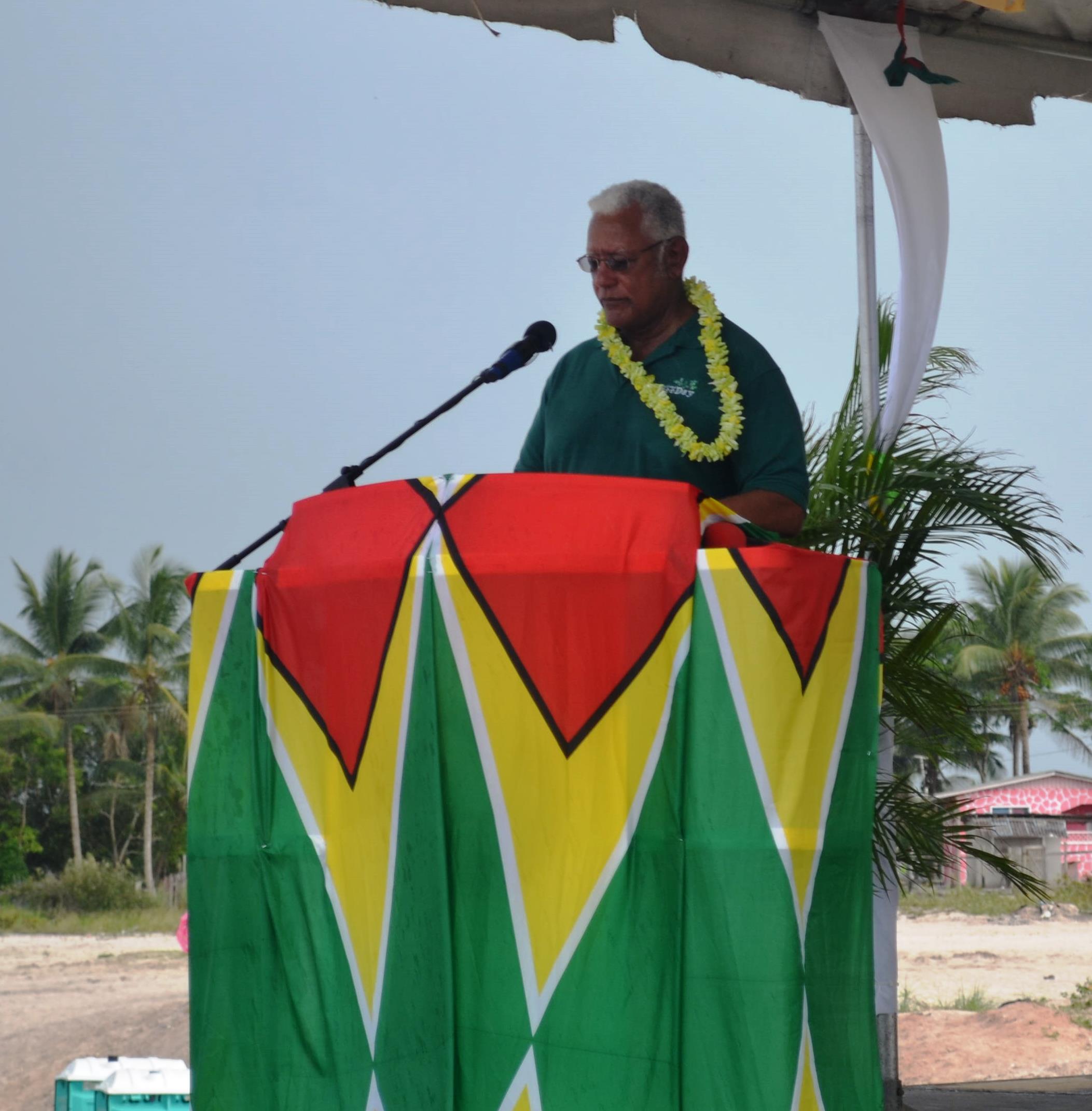 Meanwhile, Minister of Agriculture, Noel Holder said that while Linden has been recognised as the mining town, he is positive that “the transformation of the Region lies in agricultural development and diversification.

Brief remarks were also made by the Resident Coordinator of the United Nations (UN) in Guyana, Mikiko Tanaka, the Food and Agriculture Organisation (FAO), Reuben Robertson, and Robert Natiello of the International Organisation on Migration (IOM).

The event to mark World Food Day was hosted at the Bayrock Ground, Linden, Region Ten. 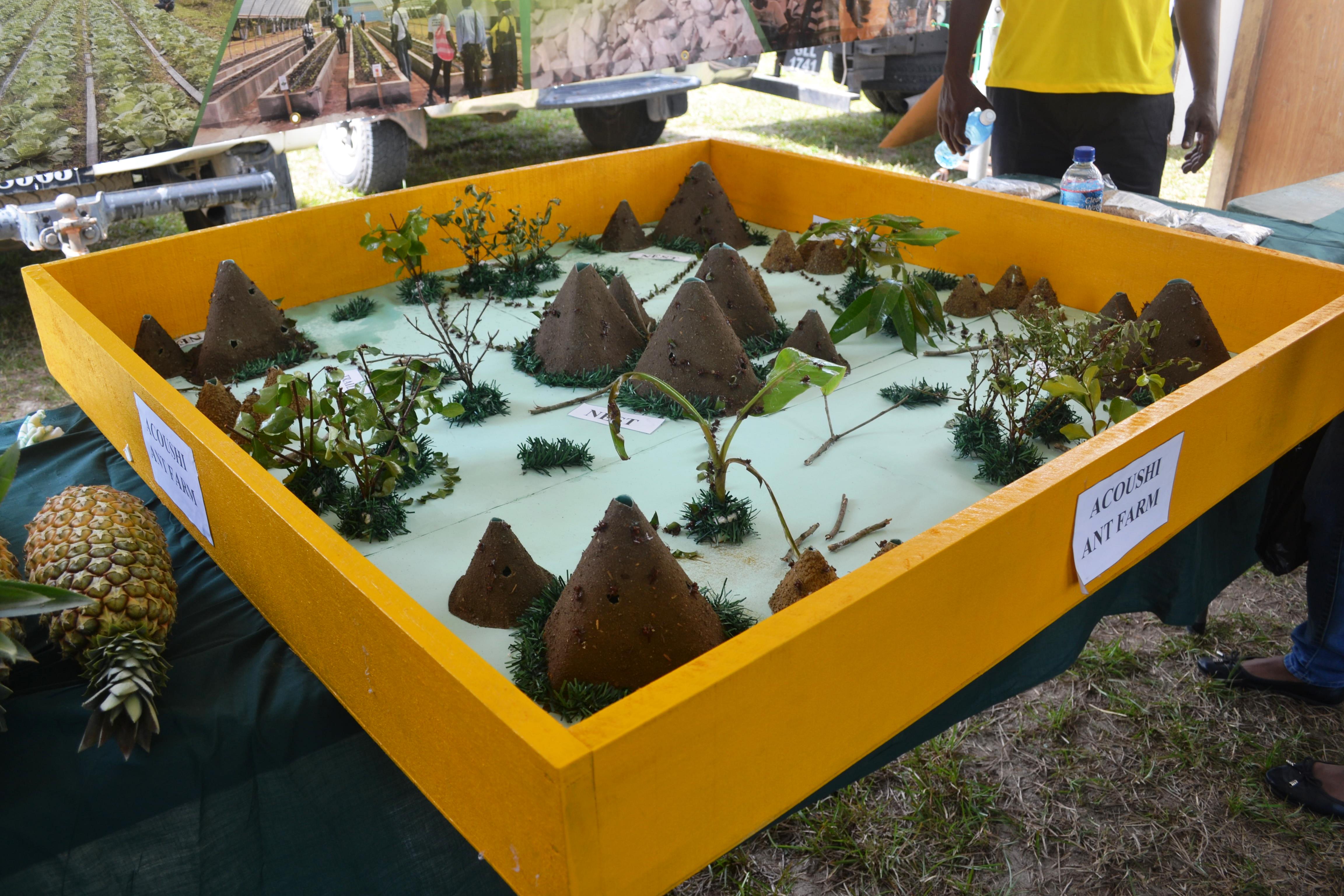 A model of an ant farm 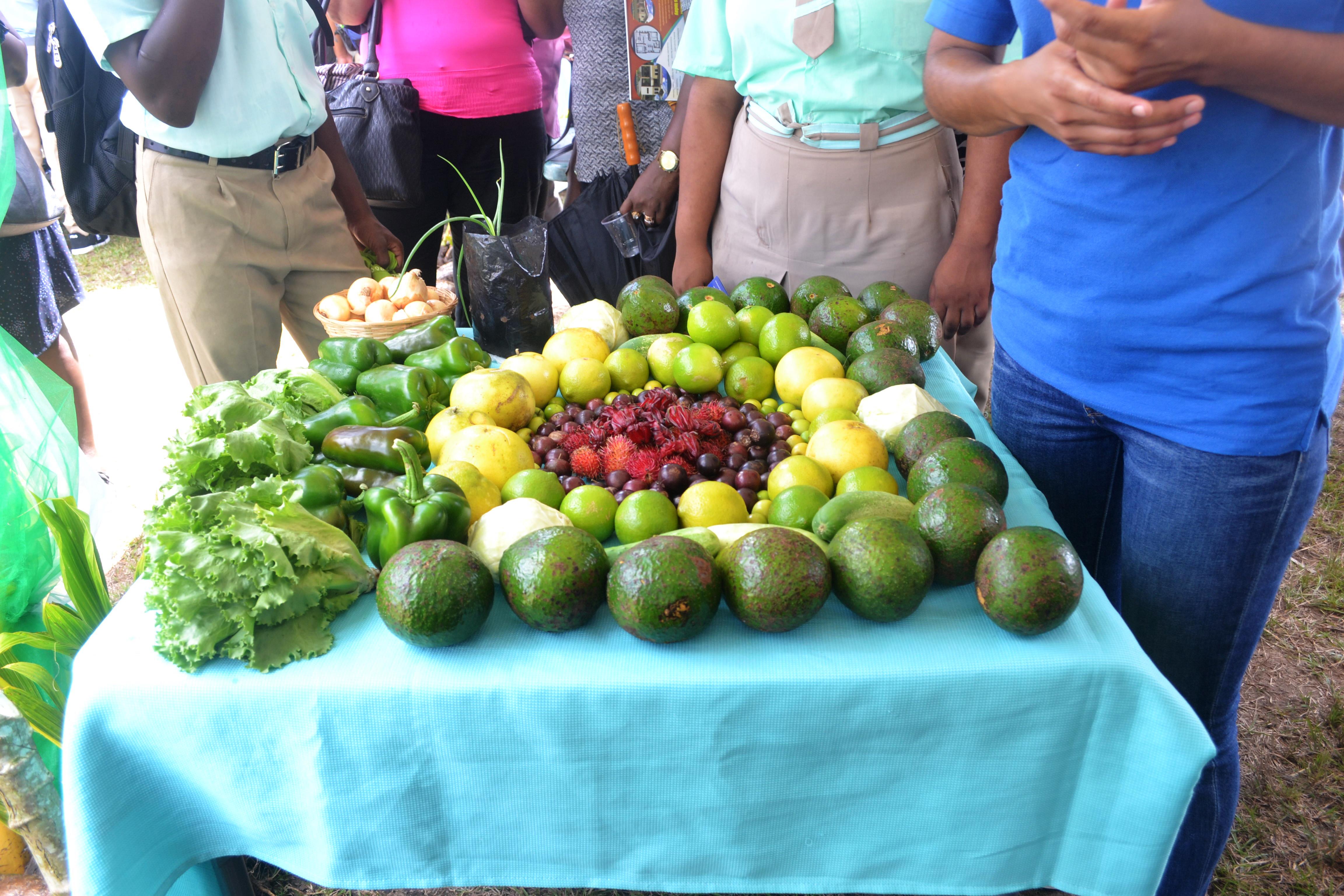