Farmers are soon to breathe a sigh of relief when government tables a bill in the next parliament to address the issue of Praedial larceny – the loss of farm produce through theft. 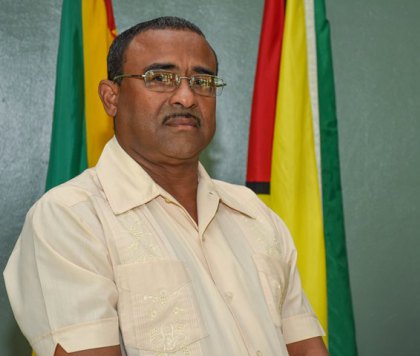 In an exclusive interview with the Department of Public Information, Agricultural Health and Food Security Specialist of the Ministry of Agriculture, Dr. Mark Pierre said addressing praedial larceny is of great importance since it is a practice which affects the livelihood of all farmers and can have an especially crippling effect on small farmers.

In addition, Dr. Pierre said, “it (Praedial Larceny) also has other implications in terms of disease control which ultimately affects trade in the long run for the country.”

While there exists legislation, there is a greater need for enforcement for there to be a positive effect in stemming the larceny of agricultural produce, whether crops or livestock.

The specialist pointed out that, “One of the main issues with legal matters is enforcement and I think we have all the laws in place and we can do a lot of things. We can have a lot of control, but there is always the issue of enforcement and with enforcement. I think that’s one of the areas we have to tighten up.”

Further, Dr. Pierre said that incidents of theft can be minimized if citizens act within the laws of the land. “When something is stolen the people, who steal it would have to sell it to make it worthwhile so we must look at the purchasers, where the stolen materials or goods will be entering the market chain we would now have an issue of compliance of the vendors of whatever agricultural product it is.”