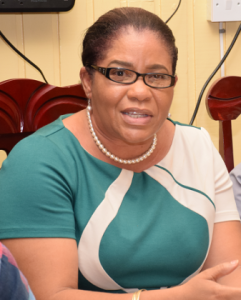 In an exclusive interview with the Department of Public Information (DPI) Williams-Stephen said that four pumps have been installed to aid in draining waters from the Cookrite Savannah DPI. She explained that two pumps are now at Number 52 Village, one at Adventure, one at Number 46 Village, and another at Number 49 Village. 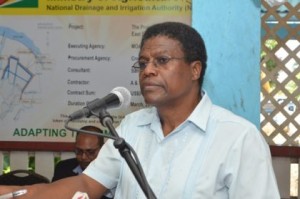 Efforts have since been made to drain waters in the Black Bush Polder area. Chief Executive Officer (CEO) NDIA of Fredrick Flatts said that, “We believe that the water in the Cookrite Savannah has lowered.” This he explained is mainly because the water level in the Canje River has reduced by at least seven inches. He added, “Between Saturday and today, the water was reduced significantly.” Flatts highlighted that the water is no longer overtopping the main canal dam, and entering the Cookrite Savannah.

Apart from the installation of pumps, Flatts said that the canal at Fowler is being cleaned to drain water from No. 52 village to the No. 66 creek. There are also a number of tubes being put in place to drain water into the drainage system. This, he noted, is because there was a breech at No.52 Village with the dam.

The Cookrite Savannah has been flooded for the past week due to heavy rain fall and the overflowing Canje River banks. The savannah does not have a drainage network, but the Black Bush Polder area has one. Flatts said that measures are being looked at to have a long-term drainage network for the area.

Meanwhile Williams-Stephen said that advisories have been sent to police officers not to impound stray cattle, however citizens were advised that they are responsible for their cattle. Williams-Stephen also described an article published in a daily newspaper- saying that cattle are destroying rice crops, as an “inaccurate statement.” Williams-Stephen explained that during the visit on Saturday, a small number of cattle were seen in the affected areas.

Residents of the Black Bush Polder area met last week with Prime Minister Moses Nagamootoo, and Minister within the Ministry of Finance Jaipaul Sharma to share their concerns about the flood. Cattle rearing is the main economic activity of the area and many of the residents have complained that their livestock is at risk.