Relief on the way for flooded communities Region 5 and 6

The Regional Democratic Councils (RDCs) of Regions Five and Six are working to bring relief to flood affected communities in their respective regions.

Regional Executive Officer (REO) of Region Five, Ovid Morrison told the Department of Public Information/Government Information Agency (DPI/GINA) today that the RDC has begun manually clearing the canals and drains, with NDIA’s assistance. This was after a comprehensive assessment on Saturday of the affected areas of Bush Lot, Trafalgar, Bath Settlement, Kingelly, Rosignol and Tempie Villages, the REO said. He said that the RDC is also working to rehabilitate three sluices, previously abandoned, towards assisting draining the areas as soon as possible. 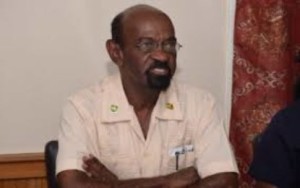 The Region Five RDC’s effort is being boosted by the Mahaica, Mahaicony, Abary -Agricultural Development Authority (MMA-ADA) and the National Drainage Irrigation Authority (NDIA.) Morrison explained that the two agencies have assisted the region by providing five drainage pumps. He said two of the pumps have been placed at Bush Lot, another one at De Hoop Branch Road.

Meanwhile in Region Six, Regional Chairman David Armogan described Number 47, 51, 52 and 54 Villages on the Corentyne Coast, along with Black Bush Polder as areas mostly affected by the floodwaters.

He told DPI/GINA that the RDC is working assiduously to relieve the flood affected areas in the region. The Regional Chairman said that all of the region’s drainage pumps are working.  However, the RDC is, “hoping that there is no rain for the next two days so that the affected areas would be permanently relieved.”  “The problem that we are having is only being able to get 1 ¼ inch of water off the land in 24 hours and that is when the rain is not falling,” the Regional Chairman explained.

Region Six (East Berbice/Corentyne) has been inundated with more than 12 inches of rainfall since the heavy rains started on Thursday.