This statement was made by Minister of Agriculture Noel Holder who is representing Guyana at the Port State Measures first meeting of the parties, in Oslo, Norway. The three-day meeting which was held from May 29 to 31, 2017 saw the participation of major decision makers including various countries’ agriculture ministers. 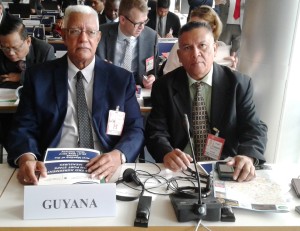 “Responsibility for yearly catches reaching tens of millions of tonnes and has been over the year, depriving the global fishing economy of several billions of U.S dollars annually which was also discussed during the forum,” the Minister said.

According to Minister Holder, IUU fishing remains a global threat. Thus far, the fisheries department has implemented a number of initiatives to address this with the aim of ensuring a more long-term conservation and sustainable use of living marine resources and marine ecosystems.

The Port State Measures which will prevent, deter and eliminate IUU fishing was approved by the FAO Conference at its thirty-sixth session in Rome, November 2009. Since then, there has been a number of inter-governmental collaboration to combat IUU fishing with  the Ministry of Agriculture’s fisheries department recently embarking on a campaign to ensure a vessel monitoring system are installed on all trawlers.

“In this way, the agreement reduces the incentives of such vessels to continue to operate, while it also blocks fisheries products derived from IUU fishing from reaching national and international markets,” Minister Holder stated.

At the first Meeting of the Parties, matters concerning the implementation of the agreement were discussed with the intention of streamlining all the necessary actions and measures which will ensure the effective application of the agreement by all concerned states. Participants also addressed the requirements of developing states and associated funding mechanisms.

The Agriculture Minister reiterated the importance of the fisheries sector to Guyana’s economy and its contribution to foreign exchange earnings, food and nutrition security and rural development.

“This was manifested in Guyana being one of the first 25 countries to accede to this agreement, to enable its entry into force, an indication of how serious we are in the fight against IUU,” Holder reminded. 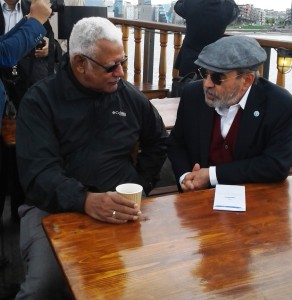