A new hatchery is to be constructed at the Anna Regina aquaculture station by the end of August this year. The hatchery will facilitate the artificial breeding, hatching and rearing of tilapia.

Chief Fisheries Officer of the Ministry of Agriculture, Denzil Roberts, told the Government Information Agency (GINA), that this will allow farmers in Region Two easier access to tilapia fingerlings for breeding purposes. 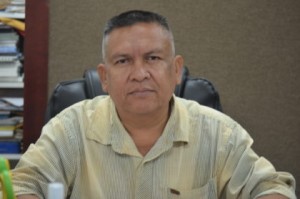 “We have seen some interest from persons in that region requesting fingerlings, we have decided to build this hatchery so that we could facilitate the farmers who wish fingerlings there,” the fisheries officer said.

There are two aquaculture stations in the country. The Satydeow Sawh Aquaculture Station at Mon Repos is the main station and the other is at Anna Regina.

Fisheries officials, after careful consideration, agreed on the need to establish the new Anna Regina hatchery

The fisheries officer said the tender for the construction of the hatchery is out and the department is hoping that the project would be completed by August.

The Anna Regina aquaculture station currently produces tilapia fingerlings on a medium scale providing fingerlings to private farmers in Region Two who produce fish for local business within the region.

Meanwhile, studies are ongoing to venture into tambaqui fish farming.

The cost for the construction of the hatchery is incorporated in Fisheries Department’s $33.3M capital expenditure budget for 2017.

The Department is responsible for ensuring that aquaculture is developed in a sustainable and controlled manner, with optimised economic and environmental benefits.

During the course of 2016, there was detailed planning especially as it relates to aquaculture and small scale fisheries which resulted in over 20 new aquaculture farms being established.

The Ministry of Agriculture Department of Fisheries has recognised that an increased promotion of aquaculture activities is necessary as a substitute for seafood even as marine resources are becoming challenged. One step to which this will be achieved is through support and extension programmes in every region.

Minister of Agriculture Noel Holder said that in 2017 the promotion and development of a sustainable aquaculture and inland fisheries sector will be achieved through the maintenance of the indigenous stocks and the research and promotion of new marketable species at the Satyadeow Sawh Aquaculture Station in Mon Repos.