The National Assembly this evening sent the Animal Welfare Bill to a Special Select Committee to allow for national consultation and input. The Bill intends to reform Guyana’s animal welfare laws in ways that are synonymous with European Union (EU) standards so as to promote trade. 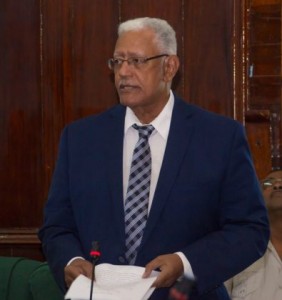 Presenting the Bill for the second reading, Minister of Agriculture, Noel Holder, explained that the Bill was originally drafted in 2011 to fulfil Guyana’s readiness to access the export market for non-traditional agricultural products.

The Animal Welfare Bill 2016 seeks to reform the way animal welfare is approached in Guyana by presenting more contemporary regulations that should be followed in order to improve animal health and safety.

The Bill also includes several requirements that ensure the protection and wellbeing of domestic animals, especially with regards to their shelter, food supply and humane treatment.

In order to see that the provisions are carried out and in the manner proposed, the Bill provides for an Animal Welfare Commission to be formed.

The minister explained that the Bill was discussed in Cabinet in 2014 but was never placed before the House.

The Bill however, had gone through numerous consultation processes and had gotten the stamp of approval of the Guyana Society for the Prevention of Cruelty to Animals (GSPCA,) the minister explained.

In seeking support for the legislation, Minister Holder pointed out that adopting better production systems and practices are critical, particularly as the country seeks to access export markets for livestock products.

“The future of animal production is headed towards prioritisation of environmental and animal welfare matters related to the exploitation of the different animal species. Through modernisation of our production systems, with sustainable welfare and environmental practices, we can achieve the impacts on growth, meat quality and profitability, thereby enhancing our export possibilities,” the minister said.

Holder explained that improving welfare will result in improve productivity and benefit home consumption and exports. He pointed out that consumers in developed countries favour organic food and methods of production that benefit animal welfare.

Lending her support of the Bill’s passage was Minister within the Ministry of Public Health, Dr. Karen Cummings and Members of Parliament from the government sie of the House, John Adams and Hemraj Rajkumar.

Minister Cummings, noting that the time for modern animal legislation is long overdue, said that Guyana needs to embrace wholesome practices in the production of food to minimise food borne pathogens.

Adams in his presentation noted that the Bill’s passage was imperative to curbing the abusive behavior being meted out to animals.

The Opposition-side of the House however, withheld their support claiming that the Bill seeks to impose draconian measures without consulting persons who would be affected. The opposition also claimed that there was a lack of local infrastructure to support the implementation of the Bill. 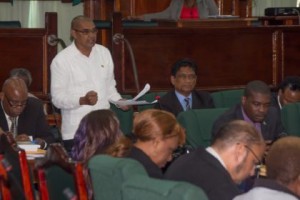 Seeraj said that while the Bill originated under the previous administration, it was never brought to the House due to the recognition that it lacked national consultation.

The Opposition MPs all took turns calling for the Bill to be sent to a Select Committee, to facilitate consultation and input from national stakeholders and toward creating public awareness of the measures.

Closing the arguments, Minister Holder agreed to send the Bill to a Special Select Committee. The minister however, reiterated the importance for the country to adopt the measures in the Bill and to comply with international food safety policy if it wants to maintain and protect its reputation as a safe supplier of food. He noted that the Bill was crafted in keeping with internationally accepted standards, including the World Health Organisation (WHO) and the Food and Agriculture Organisation. 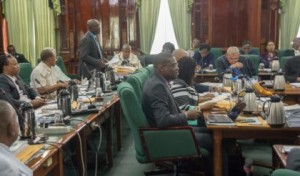 The minister also pointed out that for Guyana to be part of the world-wide food supply chain, there needs to be a massive overhaul of the food supply system.

The minister emphasised that with the passage of the Bill, the government was continuing the movement of upgrading the country’s food safety system and in so doing opening more doors for trade for its local farmers.

The Bill was sent to a Special Select Committee.