The Ministry of Agriculture, on Monday commenced its consultation program for the Food and Nutrition Security Strategy and World Bank Agriculture Development grant. The program which is a grant from the World Bank, will fund targeted programs to foster agriculture development in Guyana.

The program kicked off in Region Two and saw Permanent Secretary, Ministry of Agriculture, George Jervis, Monitoring and Evaluation Officer at the National Research and Extension Institute (NAREI), Latecia Frank and other senior members of the ministry meeting with farmers from Essequibo at the Agriculture Extension Office, Charity. 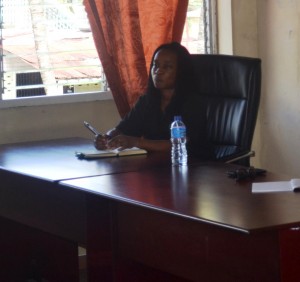 During the consultation, Ms. Frank indicated that the project would have a tremendous impact on Guyana’s agriculture industry.

“Guyana is competing with other countries for the grant. We have compiled a proposal but we need to ensure that in the final draft that will be submitted to the World Bank entails specific needs of the farmers in Guyana. We are also aiming to promote smart and sustainable agriculture.” Ms. Frank explained.

The project would involve farmers receiving technical assistance, setting up of agriculture facilities such as shade houses, planting material at affordable costs and the production of high nutrition crops. 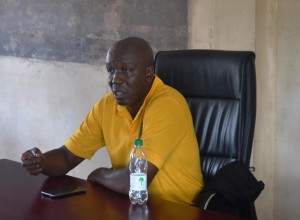 Permanent Secretary of the Ministry of Agriculture, George Jervis encouraged farmers to explore aquaculture and the fishing industry, which has scope for expansion.

“Don’t just put all your eggs in one basket. Branch out into other areas in agriculture in addition to what you are already doing. The fishing sector is a very successful sector and earns a lot of foreign exchange for Guyana. It is right up on the scale behind rice and sugar.” Mr. Jervis said.

The farmers were optimistic about Guyana receiving the grant. Mr. Bryan Ali, a farmer from Lower Pomeroon, suggested the construction of a multi-purpose processing factory at Charity. 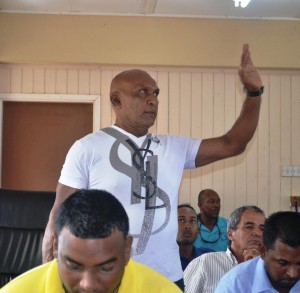 This, he said, would not only encourage persons to venture out into other areas but would also assist farmers with spoilage and wastage.

“If we were to construct a multi-purpose processing plant, then we would be encouraged to plant because we know our soft produce like guavas, cherries and other fruits can be used to supply the factory and not wasted.” Mr. Ali said

In addition to the consultation, the farmers were also given the opportunity to voice concerns which are affecting agriculture in the region. 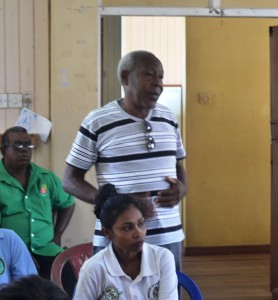 Mr. Dereck Austin, a citrus farmer said that he was experiencing issues with the Carambola Fruit Fly. He indicated that he was losing some of this produce and was in need of some assistance. 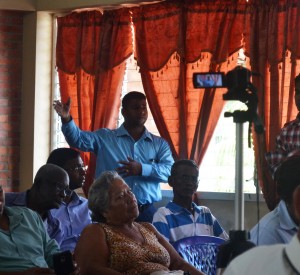 “NAREI is currently conducting an ongoing program in the river where we are going to farms and installing traps for the pests. We also encourage farmers to play their part. When the fruits drop on the ground we encourage the farmers to remove them quickly because the worms would multiply in the fruits.” Kamdhai said.

During the meeting, Mr. Jervis called on the extension officers attached to the region to up their game in providing services to farmers.

Mr. Ali also indicated that another main concern is drainage and irrigation. He said that engineers are frequent in the region, however, there is still room for improvement. “In order to improve production we need improved drainage.” Mr. Ali said.

The Permanent Secretary committed to ironing out the situation with respect to services offered through the National Drainage and Irrigation Authority (NDIA) to farmers in the Region.

The Ministry will be conducting a series of countrywide consultations in keeping with guidelines outlined by the World Bank. In addition, Outreach Exercises will be implemented by Heads of the Various Agricultural Departments and technical officers, to address issues at the regional level.