Rear Admiral (Rtd) Gary Best, Presidential Advisor on the Environment within the Ministry of the Presidency today made a presentation on the Green Bartica Development/ Land Use Plan to Agriculture Minister, Noel Holder, as Government moves to have Bartica develop into Guyana’s first green town. 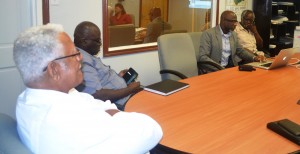 The draft proposal has since been presented to the Ministry of Communities, National Land Use Committee and the Commissioner of the Guyana Lands and Survey Commission (GL&SC).

The green proposal which is presently in the 2nd phase saw presentation being done on the committee’s plan to further promote inter-sectoral approach to environment and economic development. 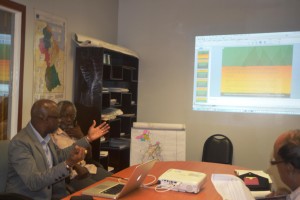 “Some of the elements which will be looked at during the planning will me mainstreaming, Disaster Risk Management, alternative energy, meeting international standards and the land use plan which will determine the viability of the proposal,” Mr. Best said. 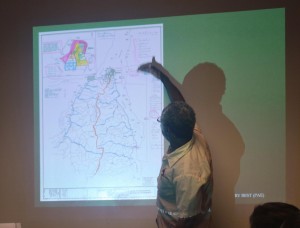 The main objectives of the plan is to create a climate resilient economy and to establish a green pathway for the foundation of a new Guyana, which will result in reducing overall carbon footprint in agriculture, fisheries, water, forestry, waste, manufacturing, transport, construction, tourism and other sectors.