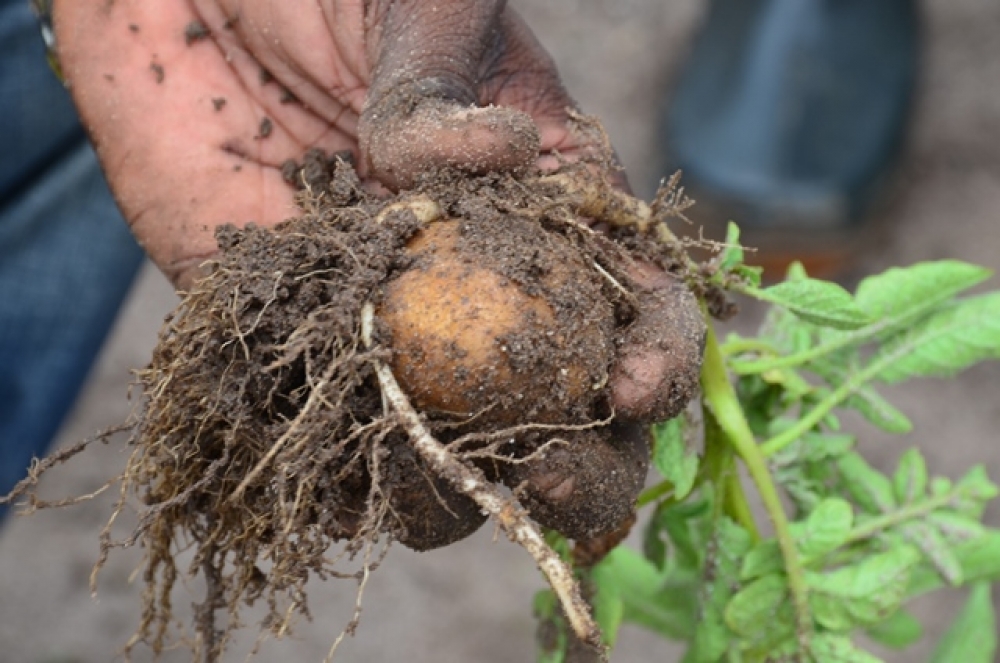 One variety of potato that will be cultivated in Region Eight

Region Eight, Potaro- Siparuni is working towards food security, and as part of its plan, rice cultivation will be expanded to facilitate an additional seven acres in Monkey Mountain.

The region’s Deputy Regional Executive Officer (DREO), Gavin Gounga told the Government Information Agency (GINA), that the land has been identified and cleared to facilitate the planting of the rice. The slash and burn system has been applied and the farmers are awaiting the rain, the DREO noted.

In addition to the rice project, the Region is looking to expand in several other agricultural areas including production of the main staple, cassava.

Additionally, through an allocation of $33.4M for regional agriculture, several other projects will be facilitated. These include training for farmers and staff of the regional office along with the construction of three shade houses in Kopinang, Kato and Mahdia.

The region is also undertaking the reintroduction of Irish potato cultivation, through a collaborative effort between the Ministry of Agriculture with support from PROPEL, a Canadian funded project.

Plans are also in train to execute a pilot project to grow organic tomatoes of a high quality in Paramakatoi. This would be spearheaded by the Ministry of Indigenous Peoples’ Affairs, in collaboration with the Institute of Applied Science and Technology (IAST), National Agricultural Research and Extension Institute (NAREI) and residents.

This combined effort will see the creation of a farm for the growing, drying, packaging and marketing of organic tomatoes.

Potaro- Siparuni, is well known for its mining activities. However,  the region received an agriculture allocation in the 2016 Budget. This is part of Government’s plan for agriculture diversification in the hinterland.