Robertson said, “Indeed for a developing country such as Guyana to make such a bold step is an indication to the rest of the world that Guyana is serious with its development and also with the management of its natural resources, and I think we need to recognise the government for this.”

The FAO rep was speaking at the opening session of the Ministry of Agriculture’s Fisheries Department’s three-day workshop on the PSMA to prevent, deter and eliminate illegal, unreported and unregulated fishing.

Robertson noted that if IUU is not effective, it can lead to the collapse of the fishery industry or can seriously impair efforts to rebuild stocks that have already been depleted. 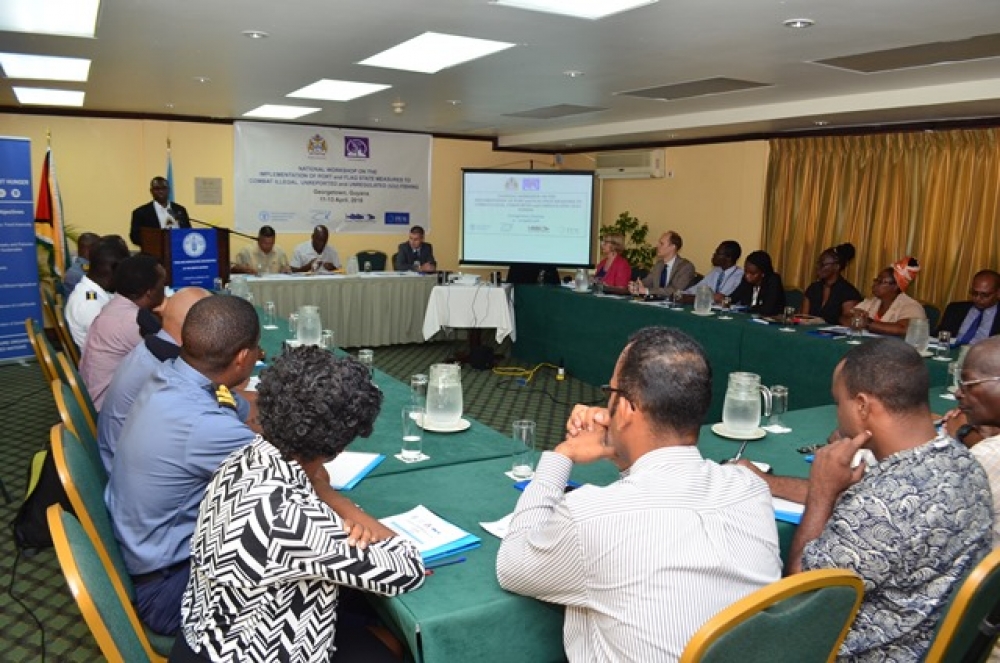 The workshop which is being held at Cara Lodge is aimed at helping stakeholders to understand the PSMA and better identify and deal with IUU fishing.

It targets coast guards, and custom officers along with other agencies and fisheries bodies. According to the facilitator, Mr. Raymon VanAnrooy, the objective of the workshop is to “fight Illegal, unreported and unregulated fishing in a more cost effective way.”

It targets capacity building for the implementation of the PSMA, and will entail discussions on draft legislation which may be required along with the drafting of Memorandum of Understanding (MOU) between the various agencies and stakeholders for better cooperation.

Meanwhile, Permanent Secretary (PS) of the Ministry of Agriculture, George Jervis told the participants that “Guyana is one of the highest consumers of fish with a consumption of almost 30 kilogrammes per annum, per person.” 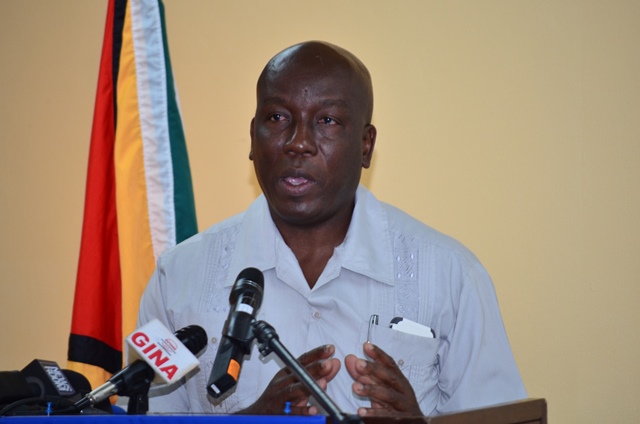 The PS added that fish is very important to everyday life; it is the only source of protein the very poor can afford. This, he explained is not acceptable because IUU vessels “don’t bring any money to the coffers.”

The Government of Guyana takes fishery very seriously and has put several measures in place to help reduce IUU, Jervis said. These include the by-catch reduction devices, installing PSM vessel monitoring systems and the establishment of a sea bob working group.

Vessel Monitoring Systems (VMS) have also been installed on trawlers to allow traceability to give an alert of possible IUU fishing activities.

The Fisheries Department has also joined with the Seabob Industry and applied for Marine Stewardship Council Certification (MSc).  The MSc certification is a well-recognized eco-label that proves that a country has adopted sustainable fishing practices.

This has seen the installation of by-catch reduction devices on trawlers to ensure that the quantity of fish that is caught and discarded is reduced, thereby balancing the ocean’s ecosystem in keeping with the Ministry’s effort to emphasize aquaculture and to maintain a viable fisheries sector.