Since the initial phase of negotiations, Guyana has been tasked with providing information which was required to conduct a Pest Risk Analysis (PRA). This was positively reviewed, according to Mr. Pedro Schettino, President of the Mexican Rice Council.

“Guyana has since completed all submissions and responded to all queries made by the Mexican Government. We are satisfied and would like to take this matter now to a successful conclusion,” he said.

The next phase will see the Mexicans establishing protocols for the Guyana Rice Development Board (GRDB) to have paddy exported to the Spanish- speaking country.

The Agriculture Minister expressed satisfaction on behalf of the Government of Guyana, while underscoring the importance of this country accessing new rice markets. 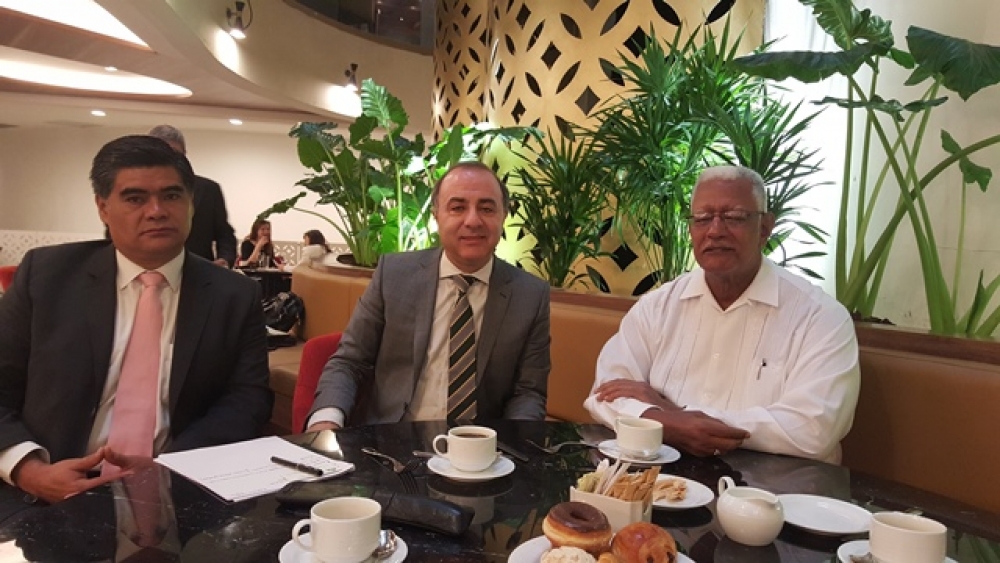 “Government no longer buys produce or sets prices. In the past, price control led to the destruction of agriculture in Guyana, as such the Ministry of Agriculture is taking the value-chain approach and wants farmers to be a part of this,” he said.

The Government of Guyana is at present pursuing markets in Panama, Haiti and the Bahamas.

General Manager of the GRDB, Nizam Hassan in an invited comment noted that such a move will augur well for the industry and production.  He added that in 2016, enhanced efforts will be made by the Board to ensure that additional markets are secured.

The objectives of the meetings were to ensure that Guyana commences supply to the Mexican market; reduces delays in delivery, and addresses other related issues of the rice trade.

Only recently, Prime Minister Moses Nagamootoo had announced that the government will be stepping up its efforts in finding markets for Guyana’s rice.