Over 400 Essequibo farmers to benefit from $289M Lima Pump station

Over 400 farmers and other residents on the Essequibo coast are slated to benefit from the installation of the Lima Pump Station which was this morning commissioned by Prime Minister Moses Nagamootoo and Agriculture Minister Noel Holder.

During the official commissioning ceremony which took place on site, the Prime Minister told the gathering, including farmers and residents that farmers will no longer have to suffer from excessive flooding, an issue which has plagued the farming community for some time. It is expected that the drainage pump will drain water from approximately 15,000 acres of land. 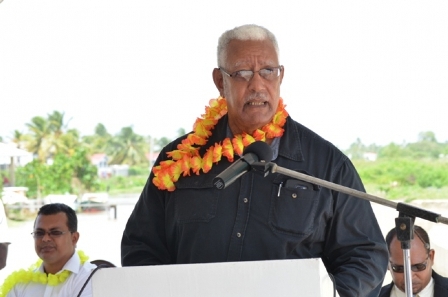 This project is expected to benefit farmers in the communities of La Belle Alliance, Lima, Coffee Grove, Ankuku, Sparta, Windsor Castle, Hampton Court, Anna Regina, Richmond and Henrietta. Those areas are said to have vast expanses of agriculture with rice cultivation as the main activity. 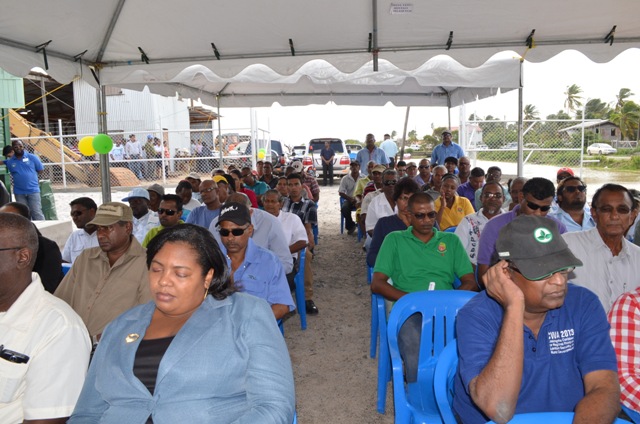 The gathering at the commissioning of the Lima pump station

Prime Minister Nagamootoo urged those who will be responsible for the day-to-day operations of the facility to ensure that it’s used efficiently as effective management is important so residents don’t have to suffer from unnecessary flooding.

The overall cost of the project is $289M, and it was executed by Samaroo Investments. It is the last of eight pumps commissioned under the Line of Credit from the Indian government.

The Prime Minister noted the importance of the project since some 20 percent of the country’s economy is dependent on agriculture, and is one of the main economic activities of the Essequibo region.

Meanwhile, in his presentation, Agriculture Minister Holder advised the gathering that buildisssng the pump station at Lima was strategic, as that area has the largest watershed acreage. 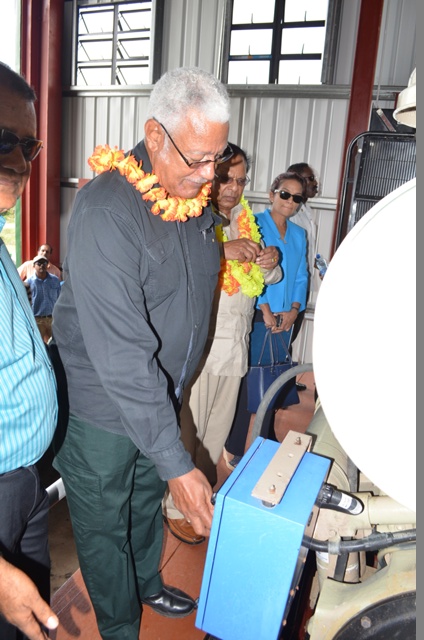 “This government will continue to carry out all necessary works to be done in Region Two especially in agriculture and particularly in drainage and irrigation,” Minister Holder said.

The pump station has the capacity to remove 200 cubic feet of water per second. This represents a 150% increase in pumping capacity at that location and it means that for every inch of rainfall the water will drain faster.

According to Minister Holder, the investment will directly benefit 435 farmers and indirectly benefit 700 linked to the network. These farmers will be able to increase their acreage and yield thus reducing losses and increasing profits. 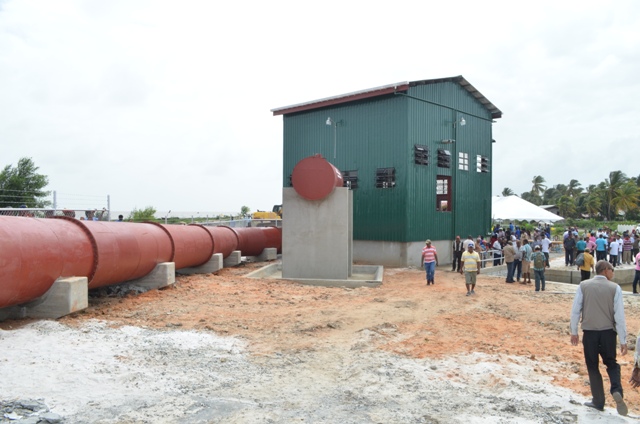 “Today, farmers can be assured that the fear of flooding would now be minimal.I urge you to ensure your drains and channels are cleaned of weeds to ensure you can realise the benefit of this increase pumping capacity,” Minister Holder stated.

The Minister advised those gathered that the Government plans to repair and dredge canals and drainage systems to reduce any vulnerability of the agriculture system through destruction by floods.

As part of the Agriculture Disaster Plan,  the administration will construct more relief channels, more sluices to release water into the ocean and rivers, continue to install more pumps to complement the sluices, and increase the holding capacity of water conservancies. 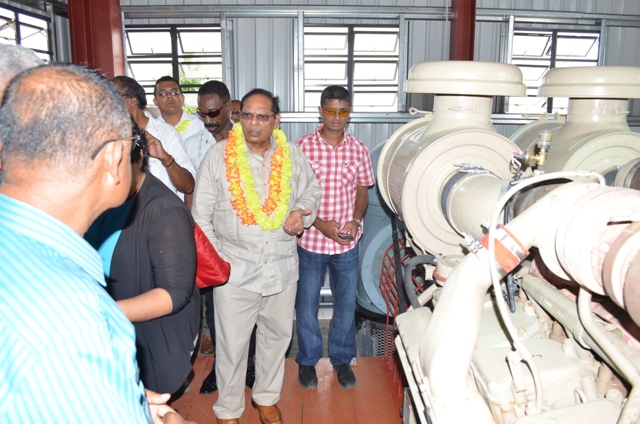 In outlining the way forward, “we will continue to work with the Water Users Association to improve on the cost effectiveness of proper water management while extending and rehabilitating the network capacity of Drainage and Irrigation in Guyana,” he stated.

Government remains committed to improving the lives of the Guyanese people and is working to provide the necessary investments in infrastructure to improve the standard of living.

One farmer, Heralall Mohan, described the pump as a blessing to Essequibians adding that, “it’s a very good new year’s gift, everybody appreciates what’s going on here. I would like to thank the Government for this very important and necessary gesture.” 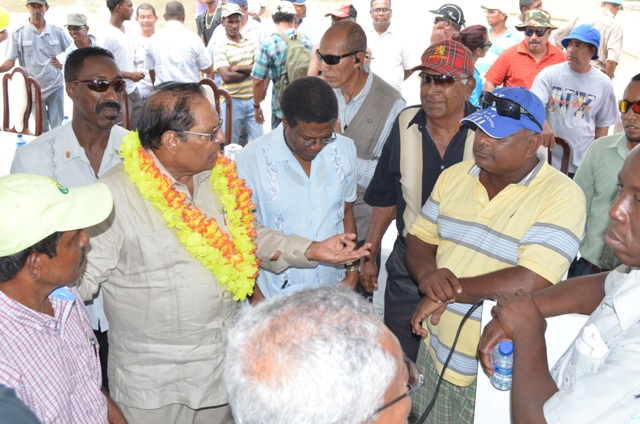 It was said that such a facility is long overdue.

Only recently, two multi-million dollar pump stations were commissioned in East Berbice-Corentyne, Region Six benefiting hundreds of residents and farmers there as well.